Poroshenko: "The Holodomor is ... a centuries-old hybrid war" of Russia against Ukraine

November 29 2015
139
Petro Poroshenko called the Holodomor of the beginning of the 30s, a hybrid war that Russia has been leading against Ukraine for many centuries, the newspaper reports Look. 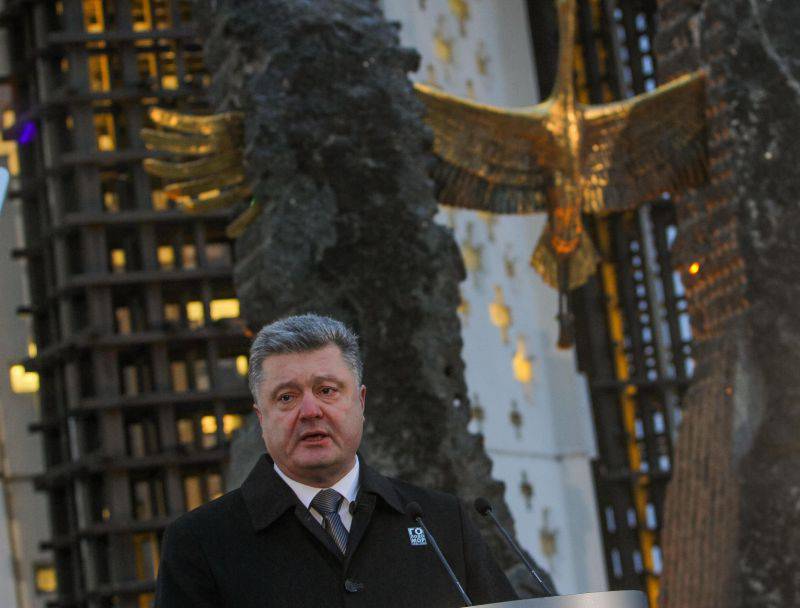 “Today, we traditionally light candles in memory of the victims of the Holodomor. We pray for the multimillion heavenly legion of the Ukrainian people. The bright souls of innocent victims of Ukrainians here, invisibly next to us. The Holodomor is nothing but a manifestation of the centuries-old hybrid war that Russia has been waging against Ukraine. ”- wrote the president in Facebook.

The newspaper’s reference: “In 1932-1933, mass famine in the USSR became a tragedy throughout the country and covered the territory not only of Ukraine, but also of Belarus, the North Caucasus, the Volga region, the Southern Urals, Western Siberia, Kazakhstan and caused significant human casualties (according to various estimates, from 2 to 8 million people) ".

Ctrl Enter
Noticed oshЫbku Highlight text and press. Ctrl + Enter
We are
Innovation Day of the Southern Military District: Pictures from the ExhibitionRogozin visited Nizhny Tagil, shot from a tank and a gun
Military Reviewin Yandex News
Military Reviewin Google News
139 comments
Information
Dear reader, to leave comments on the publication, you must to register.