Greek Defense Ministry: the Turkish Air Force began to appear much less in the airspace of the country

November 29 2015
83
After a treacherous strike on the Russian Su-24 Turkish aviation dramatically reduced the number of violations of the air borders of Greece, reports RIA News message of the Greek military department. 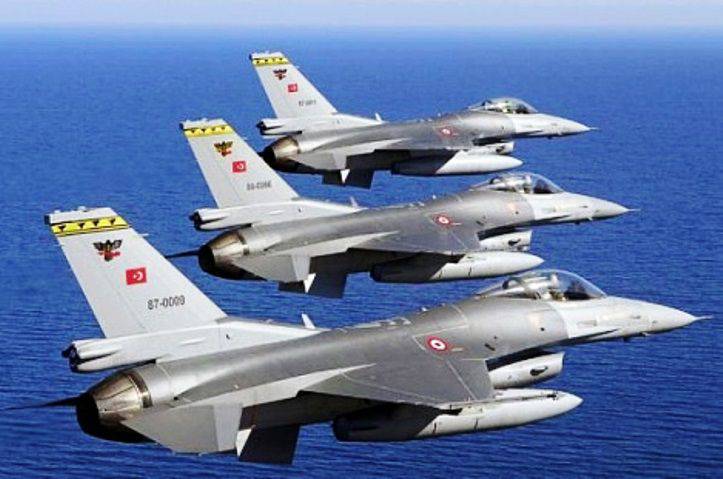 Typically, the Turkish Air Force invaded the airspace of Greece several times a day. Since the beginning of November, the military counted more than 50 of such violations.

However, according to a representative of the General Staff, "On November 24, the Turkish Air Force did not commit a single violation of the airspace of Greece."

“After the Turks shot down the Russian plane, there was zero activity of Turkish aviation in the Greek FIR in the Aegean Sea, it’s understandable why,” a diplomatic source told the agency.

"On Wednesday, November 25, a group of six Turkish aircraft, two of which had weapon on board, once violated the Greek airspace, "- said in a statement the Ministry of Defense.

On violations after November 25 not reported.

Ctrl Enter
Noticed oshЫbku Highlight text and press. Ctrl + Enter
We are
General Staff of the Armed Forces of Greece: Turkish Air Force aircraft were in Greek airspace for about half an hourGreece: If Greek air defense shot down Turkish aircraft for all violations of Greek airspace, then the Turkish Air Force would no longer have airplanes
Military Reviewin Yandex News
Military Reviewin Google News
83 comments
Information
Dear reader, to leave comments on the publication, you must sign in.