November 29 2015
103
The Bundeswehr can use about 1,2 thousand soldiers to participate in the German Air Force in combat operations against the IG in Syria, reports RIA News a message from the Inspector General of the Armed Forces of Germany Volker Vicker. 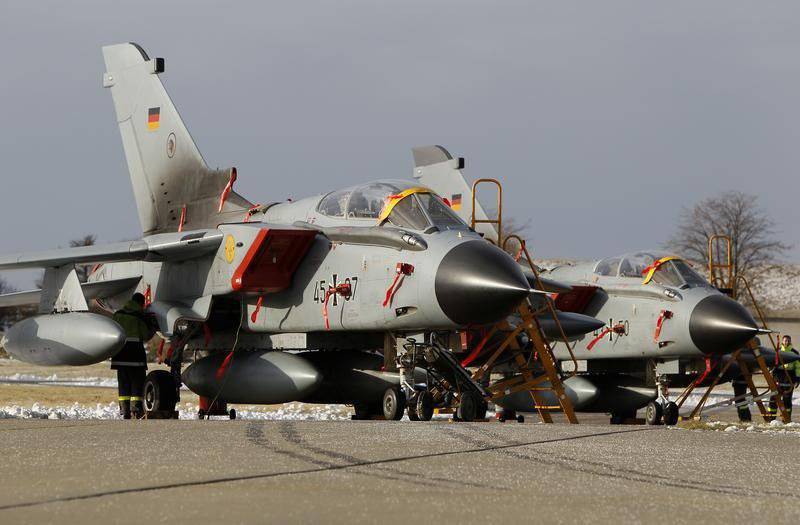 “From a military point of view, thousands of servicemen are supposed to need 1,2 to ensure the operation of aircraft and ships,” Vicker told reporters.

According to him, the government is seeking permission to join the operation by the end of this year. “The start of the operation may follow immediately after the official receipt of the mandate,” said the inspector.

He noted that the Bundeswehr does not count on a short-term operation and is ready for long-term actions, since the country's potential allows it.

“The duration of the mission is determined by the policy. Militarily, we are very hardy, ”Vicker added.

Earlier, at the meeting of the parliamentary factions, the issue of “providing military assistance to France” was discussed. According to DPA, it was planned to send “Tornado reconnaissance aircraft, refueling aircraft, drones and a military frigate” to Syria.

According to the head of the German Defense Ministry, Ursula von der Lyayen, "this is not about participation in the war, but about a military mission in Syria to fight against the terrorist group IG."

Ctrl Enter
Noticed oshЫbku Highlight text and press. Ctrl + Enter
We are
Everything is at home: Turkey is committed to an independent military industry
Military Reviewin Yandex News
Military Reviewin Google News
103 comments
Information
Dear reader, to leave comments on the publication, you must sign in.