Today is the birthday of the letter "ё"

November 29 2015
158
And how to live in this world without the letter E? .. Capacious, juicy, powerful ... Yes, it is capable of replacing with itself not only individual words, but also whole sentences! .. This letter is a real galaxy with its star systems and their hot luminaries. And today, 29 November, this amazing letter of the Russian alphabet celebrates its birthday.


If you delve into history the letters "ё", then her birthdays are, in fact, several. The first is the November 29 of 1783, when they first speak of the need to use the new letter in the Russian alphabet. Historians tend to believe that Ekaterina Dashkova (nee Vorontsova) was the first to write the letter ё - one of Catherine Alekseevna’s closest entourage (future Empress Catherine II) entwined with the emperor Peter III and the empress’s ascent to the throne. Stats-dame of the court of Her Imperial Majesty Dashkova stood at the origins of the Russian Academy of Sciences. Historical sources say that it was she who asked the Russian scholars why there is no letter in the Russian language that expresses a characteristic combination of sounds in a word, for example, language. 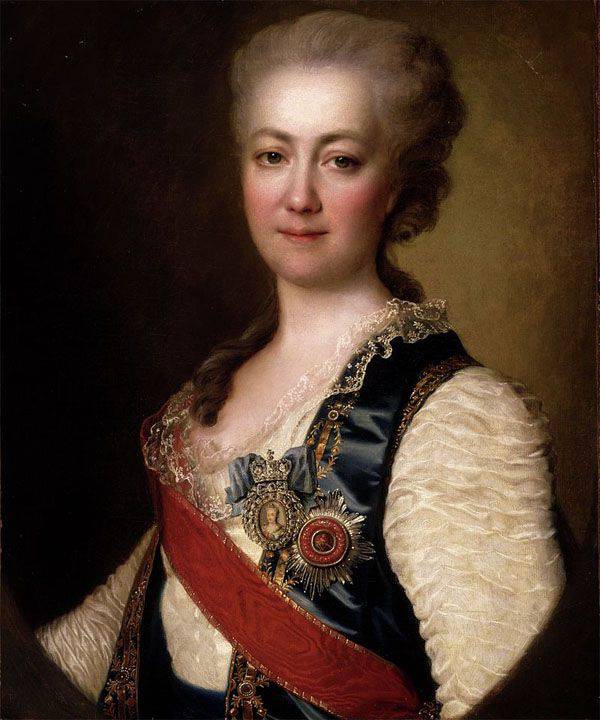 It is reported that the Countess brought out with her own hand a version of the new letter of the Russian alphabet, after which she handed the piece to her representative, who named Metropolitan Gavriil of Novgorod and Petersburg, a member of the St. Petersburg Academy of Sciences. After the deliberative procedures, it was decided that it was such a spelling that should be taken for a new Russian letter - the letter “ё”.

However, the birth of a letter in 1783 can be considered purely formal. At least 12 has practically never used the letter in any artistic texts or in official documents. The so-called linguistic conservatism worked, and the letter “ё” was considered by some to look awkward in Russian literature, while others saw it as a whim of a noble person “mocking the language”.

However, by the year 1795, the letter “e” makes its way into documents and literary texts. This year can be considered the second year of birth of the letter of the Russian alphabet. The first official use of this letter (or, as experts say, graphemes) is found in the book by I. I. Dmitriev, “And my doodles,” printed at Ridiger and Claudia’s printing house at Moscow University. In 1797 (according to another version - in 1796), the letter takes its place in the texts collected and published by N. Karamzin. We are talking about "Aonida." In fact, this is the first Russian poetic almanac, which contains poetic works of both Karamzin himself and other literary figures of the era - Derzhavin, Kheraskov, Vasily Pushkin, and others.
An important detail can be considered that in Ridiger and Claudia’s printing houses it was not necessary to create a special form for a new letter. Against the background of the then fascination of Russian nobility with the French language, this was a superfluous matter. The reason is that for prints of French literary works "e" has already been used. For example, talking about the French word "Noel".

Since 1803, the letter “e” has been used in the journal of the Ministry of Public Education. Alexander Sergeevich Pushkin resorted to the use of "e".
It should be noted that in the dictionary of V. Dahl, instead of the characteristic spelling of the letter “e”, a letter with two dots was used.

Surprisingly, the second birthday of this letter did not become the final version of its entry into the alphabet. For example, in the early Soviet sources to find the letter, to put it mildly, is not easy. It came to the point that the letter "e" had to be saved (or revived) already at the legislative level. So, December 24 1942 of the Year appears Order No. 1825 of the People's Commissariat of Education (order of the People’s Commissar of Education of the RSFSR Vladimir Potemkin).

The text of the order of five paragraphs is preserved:

§ 1
People's Commissars of Enlightenment of the Autonomous Soviet Socialist Republic, heads of regional, regional, district and city departments of public education, order all subordinate schools to use the letter "e" in Russian spelling in all classes of primary, incomplete secondary and secondary schools.
§ 2
The management of primary and secondary schools (m. Sarycheva) in the 2 weekly period to develop guidelines for schools on the use of the letter "e" in spelling.
§ 3
Publishers Narkompros - Uchpedgizu, Tsetgizu and Library-Bibliographic Publishing in all newly published textbooks, manuals and books for children's reading to use the letter "e."
§ 4
The Department of Primary and Secondary Schools (T. Sarycheva) and the Educational and Methodological Council (T. Skatkinu), within a month, prepare a school handbook of all words in which the use of the letter “e” causes difficulties.
Uchpedgizu (t. Sundukovu) to provide an urgent edition of this handbook in the necessary drawing.
§ 5
To all primary and secondary school grammars of the Russian language, the Department of Primary and Secondary Schools and the Methodological Council will set forth in more detail the rules for the use of the letter e.
People's Commissar of Enlightenment of the RSFSR V.Potemkin

The struggle for the use of the letter “e” is also being conducted in modern Russia, although, according to some specialists, which is difficult to divide, this letter can be used “at one’s (or, in their case,“ one’s ”) discretion”.

A letter from the Ministry of Education and Science was published in 2007 in which it was said that ignoring the use of the letter “ё”, for example, in proper names is a violation of the Federal Law “On the State Language of the Russian Federation”. That is, if there is a letter “e” in the name, then not writing it in a passport or other important document actually changes one proper name for another. As an option: Kotenochkin and Kotenochkin.

One of the symbols of protection and promotion of the letter “ё” in Russian is a monument erected in 2005 in Ulyanovsk. This is a monument to the letter "e" with its subsequent change to the updated version. 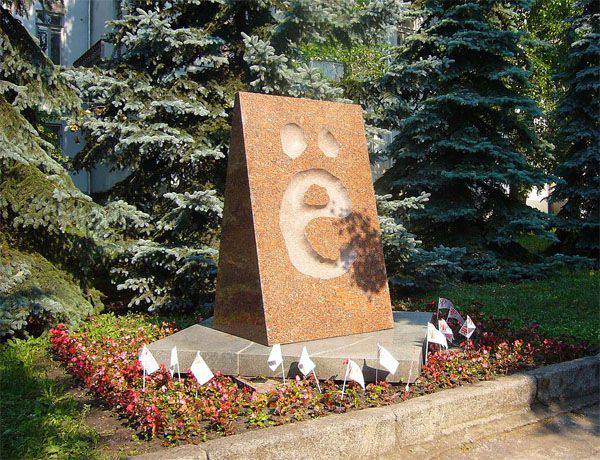 Happy birthday, yo! Friends, do not forget about the existence of this letter in the alphabet and, of course, about its worthy place in our richest language!

Ctrl Enter
Noticed oshЫbku Highlight text and press. Ctrl + Enter
We are
The guys from our yard. Photo report from the opening of a unique sports ground
158 comments
Information
Dear reader, to leave comments on the publication, you must to register.