November 27 2015
341
The organization, which calls itself the American Institute of Science and International Security (AINMB), presents a report that states that Israel is definitely a nuclear power. It turns out that the said organization has information about the exact number of nuclear warheads that Israel has. According to the AINMB (the English abbreviation of the American Institute looks like ... US ISIS), Israel has 115 warheads, each with a mass from 400 to 915 kg. 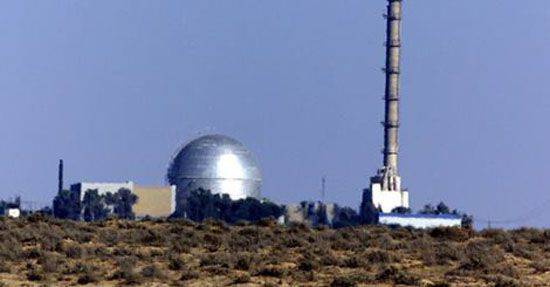 In the material published jordanian source, it is said that Israel’s first nuclear warhead appeared in 1967.

From the material:
Today, Israel does not officially recognize its nuclear status, trying to maintain a certain intrigue, despite the fact that the data of a number of US government documents are already declassified. These documents confirm the information that Israel has a nuclear weapon. In addition, in 1986, scientist Mordechai Vanunu revealed some details of the Israeli nuclear program.

According to AINMB, Israel’s nuclear weapons production center is located in the Dimona locality near the town of Beersheba. According to the American source, this is where nuclear fuel enrichment facilities are located. The main equipment for the facility was supplied from France in 50-60-s.