November 27 2015
121
Russian President Vladimir Putin congratulated the creators of the latest Russian PD-14 engine, designed for the entire Russian line aviation, including the new aircraft MS-21. The president expressed his gratitude both during the visit to the enterprise and at the meeting of the State Council in Nizhny Tagil:

I want to congratulate the general designer and all your colleagues, the creative team with an unconditional victory for almost thirty years history our engine building. Such an event that we have today was not 29 years old. 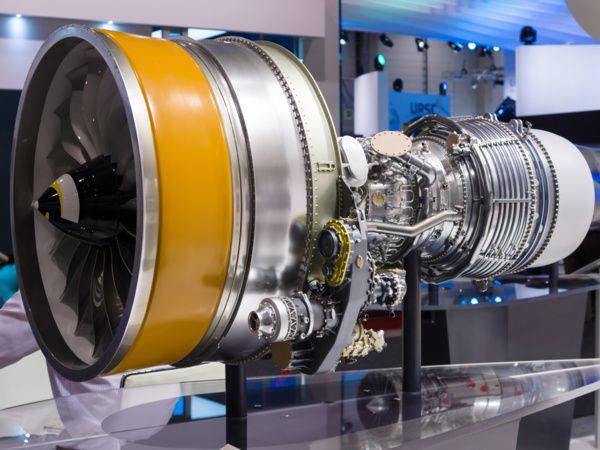 It is noted that the engine PD-14 - fully domestic development. A whole group of Russian research institutes, laboratories, engine-building enterprises worked on its creation.

UMPO developed a motor case made of titanium alloy and a high pressure compressor rotor. In FSUE NPTsG "Salute" developed the central drive.

From the Rostec presentation material:
The PD-14 engine is a domestic turbojet dual-engine twin-shaft engine of a new generation, designed for short-range, medium-haul aircraft. The main feature of PD-14 is the use of a unified compact gas generator, which allows you to create a whole family of aircraft engines and industrial gas turbines.

Ctrl Enter
Noticed oshЫbku Highlight text and press. Ctrl + Enter
We are
The action “Military service under the contract is your choice!” In Rostov-on-Don: future contract servicemen, exhibitions and “Russian Knights”
Military Reviewin Yandex News
Military Reviewin Google News
121 comment
Information
Dear reader, to leave comments on the publication, you must sign in.