NATO renewal: Russia instead of Turkey?

November 30 2015
116
The inclusion of Turkey into NATO in 1952 was a short-sighted decision, says Sierra Rein, a journalist and doctor of science. In her opinion, the union of the West with Turkey is the same as the deal with the devil. There was no benefit to the alliance from Ankara, but there were plenty of problems: for example, in the 1970s, the alliance went through a crisis period due to Turkey’s invasion of Cyprus. And at the beginning of the XXI century, the Turks showed a clear inclination towards Islamism. So, shouldn't NATO replace Islamist and unpredictable Turkey with an open and understandable Russia? 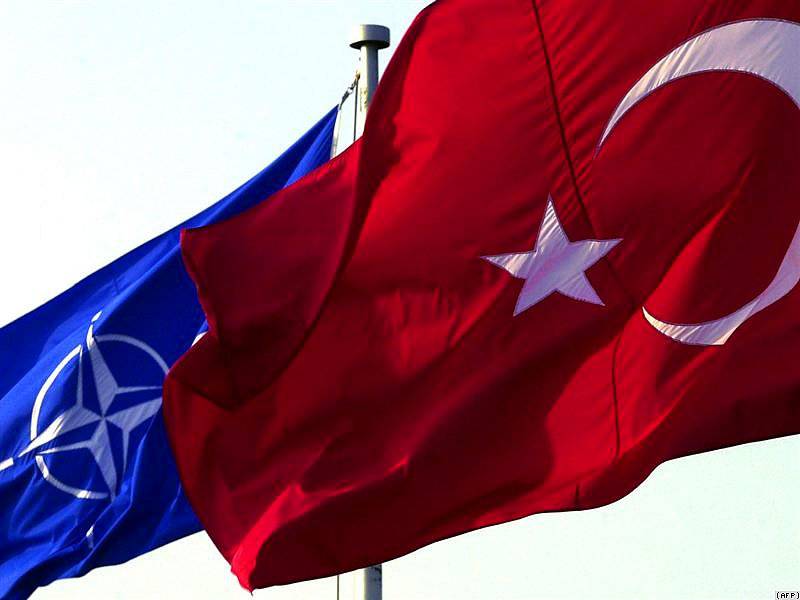 Sierra Rain It has Ph.D. in chemistry and regularly publishes articles on the environment, energy, and national security in the press.

Her new article was published in a magazine. "The American Thinker". Publicist is regular contributor to this edition.

When Turkey joined NATO in February 1952, its membership supporters argued that the country was needed by the West as an ally to prevent “Soviet expansion” in the region. But that was a deal with the devil.

Once there was anxiety about the likely "Soviet aggression," notes Rhine, and this "was understandable at the time." True, it is not clear to the extent to take and accept Turkey into NATO. At least in rational terms, this decision cannot be explained. The decision on Turkey’s membership in NATO “was short-sighted and unforgivable.” Ultimately, it gave the West more problems than it did before Ankara was admitted to the alliance.

For many years, Turkey has been a “difficult teenager” in NATO. The Turkish invasion of Cyprus in 1974 caused a real split in the alliance. Greece announced its withdrawal from NATO and returned there only in 1980 year.

In 2012, Syria was hit by a Turkish fighter, “completely deliberately flown into Syria’s airspace,” reminds the journalist. Later in the same year, Turkey launched artillery fire on government facilities in Syria in response to some "Syrian artillery strikes" into Turkey.

A political realist would most likely note that for decades Turkey has been using NATO membership to achieve its own political goals. And "such goals, which, as a rule, do not coincide with the interests of NATO."

Perhaps “NATO’s naivety towards Turkey” could have been forgiven in the 20th century, but later it was impossible not to notice another thing: at the beginning of the 2000s. Turkey began to "clearly signal its commitment to Islamism." If we recall the long and difficult history Turkey, it will become clear: Islamist ideas have always been there demanded. And the one who knew how to take off rose-colored glasses could see everything properly.

Islamists have always been far more terrible and obvious threat to civilization of the West than the Soviets, the author believes.

However, the West preferred to flirt with the Islamists. The latter were “useful idiots” throughout the Cold War and a quarter of a century after it.

The time has come to rectify the situation and take Russia as an ally against the Islamists, including the "Islamic state" and the aforementioned Turkey, the journalist said.

Putin’s Russia has been beating the drum for many years, warning of the Islamist threat. The West, however, seems to be incapable of listening to the Russians.

But here’s the reality: French President Francois Hollande is now asking the United States to leave its differences with Russia and finally begin to fight the terrorist army of the Islamic State with a broad and unified coalition.

As V.Putin correctly noted, the Rhine continues, Turkey is in alliance with the “IG” and is buying oil from terrorists, thereby supporting the “Islamic State”.

“A lot has changed in the last two years,” writes a journalist. - The approach to the former opponents should be reconsidered, since other old “allies” are not at all and have not been from the very beginning. Many in the West admire Putin, and for good reason. His geostrategic vision is clear, his strength is palpable, and he is successful in rebuilding the Russian economy. ” According to Rhine, the Russian society, in particular the military, objectively assess its achievements.

So, the time has come: Turkey should be “withdrawn from NATO”, and Russia should be invited into the alliance. The common interests of the West and Russia are “significantly higher” than the joint interests with the Islamic world, the Rhine sums up.

В "New York Times"Let us add to this, they are already openly writing that Turkey has substituted NATO.

The American edition reminds readers that Turkey, especially when reinforcing R. T. Erdogan’s authoritarian manners, was brutal at the so-called protection of airspace: in the past, the Turks shot down Syrian aircraft.

Now Ankara adheres to its former Islamist goal: Erdogan wants the Syrian President Assad to resign from power, and the Syrian-Turkish border would be an accessible "checkpoint" for Syrian militants, including Islamist terrorists.

Recall also that the emergency summit meeting of NATO, convened at the request of Turkey, did not develop a concrete solution. Secretary General Stoltenberg, who supported the Ankara accusations against Moscow with reference to the "allied information", nevertheless called on Moscow and Ankara to "diplomacy" and "de-escalation." Such a cautious statement indicates that there is no common understanding of the situation at the top of NATO, as well as among members of the alliance who are aware of the danger of a military confrontation with Russia. And if it’s too early to talk about a split in the ranks of NATO, then it’s about time for a rift. And Ankara is responsible for this crack. More precisely, the local “Sultan” is responsible.

Observed and commented on Oleg Chuvakin
- especially for topwar.ru
Ctrl Enter
Noticed oshЫbku Highlight text and press. Ctrl + Enter
We are
Upgrading the Chinese Navy. Part of 2Update the Russian Navy. In the gland. Part of 1
Military Reviewin Yandex News
Military Reviewin Google News
116 comments
Information
Dear reader, to leave comments on the publication, you must sign in.