November 27 2015
9
Periodically, European diplomats like to extract the idea of ​​creating a unified Armed Forces of the European Union from political zagashniki. The last time such an idea was voiced in March 2015. The need to create a pan-European army 8 in March this year, said European Commission President Jean-Claude Juncker. According to him, the main task of such armed forces would be to “contain” Russia. At the same time, such statements do not cause much concern in Moscow, but in Washington such proposals slightly irritate.


At the same time with the military component in Europe they also think about the economic one. In particular, the possibility of creating an EU Energy Union, which, being a pan-European body, would ensure full control and coordination of the energy policy of all countries of the European Union, is being discussed. In this regard, it is more about diversifying possible risks and reducing the dependence of European countries on gas supplies from Russia. In any case, we are talking about gaining the EU greater independence and freedom of action. But this freedom of action will not be for everyone.

In fact, only two states - Germany and France - can actually claim the formation of the united armed forces of Europe. It is these countries that are still able to create sufficiently efficient and effective military units, having invested billions in their creation. These countries still possess large enough by European standards, armed forces and modern military-industrial complexes. Among all the countries of Europe at the present time, Germany and France still retain at least some semblance of their own foreign policy. Theoretically, the United Kingdom could take part in the creation of a united European army. However, after the end of the Second World War, the empire, over which the sun never set, even in words and conducts its own foreign policy, is in fact only the US 51 state, supporting all overseas initiatives.

It is worth noting that the United States themselves have sufficiently contributed to the decline of the British Empire, eventually taking its place. At the same time, Washington approached the issue with a serious store of knowledge and huge accumulated resources. In fact, the United States created its own empire, which is not colonial, but at the expense of political and even more important economic leverage, it allows to put pressure on a huge number of countries, some of which cannot step without a hint from the White House.

In Washington, the idea of ​​creating a pan-European army causes bewilderment precisely because in the long term such armed forces will compete with NATO, the United States, which will bear the lion's share of the cost of maintenance today, receiving from it its dividends. But why would Europe need NATO with its overseas allies, if the continent has its own real strength, possessing a powerful and modern army? Such steps would certainly contribute to the creation of a truly multi-polar world, in which Europe could become a full-fledged independent center of power. Albeit with the fact that only Berlin and Paris would have real independence, even now the EU increasingly resembles the USSR, in which such countries as, for example, Slovakia, Hungary, Austria are assigned only the role of the Union republics. 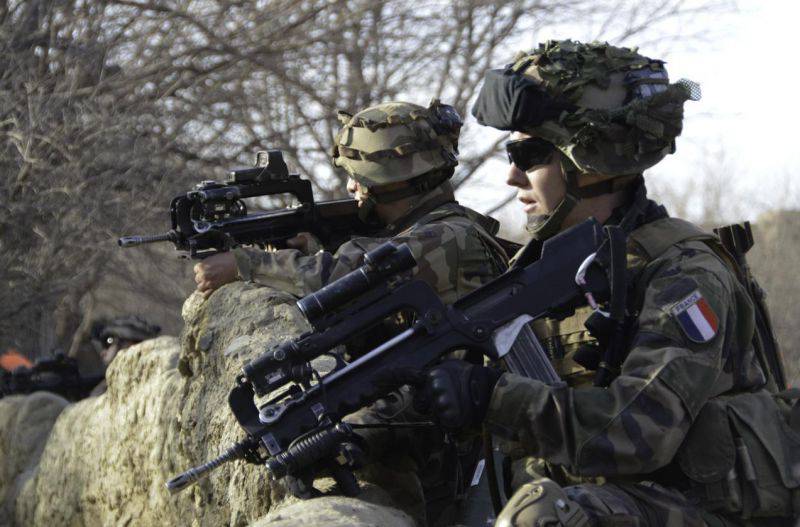 The military capabilities of a united European army would be great. If only for the reason that with a population of more than 500 million people, the number of such armed forces, if necessary, could be made very impressive. There would be no problems with weapons and military equipment. Only Germany alone would easily close the entire niche for the production of modern ground combat equipment. German Tanks "Leopard 2" is already in service with many countries in Europe and the world. At the same time, at the initial stage, it would be possible without an increase in the tank fleet of European countries to simply upgrade all vehicles to the most modern level - the Leopard 2A7 +. There are no questions to the modern German self-propelled guns PzH 2000, which are among the best in the world. FROM aviation There will be no problems either, in the EU, the Eurofighter Typhoon fighter is being produced in wide cooperation, while France has its own Dassault Rafale. So there will be no problems with conventional types of weapons, there would be a desire. The main thing is that France has its own nuclear weapons, having the technology and capabilities of its production. The possession of nuclear weapons would bring the combined forces of Europe to a whole new level.

But all this is nothing more than fantasy. The realities for European states seem to be much more bleak. Today, most European countries have armies that are more decorative. All EU countries adhere to the position that a big war in modern Europe is impossible, and possible military conflicts between European countries are excluded. Indeed, it is simply impossible to imagine a situation in which the Czech Republic decides to annex Slovakia or Romania wants to annex Moldova by military means. Most European armies and even the Bundeswehr today are sharpened solely for conducting joint operations within the framework of NATO and peacekeeping missions. All these armies are ready to act as part of the coalition forces and in fact are not able to act independently. At most, they will be able separately to somehow resolve local conflicts of low intensity.

Formally, the similarity of the united armed forces of Europe already exists, there are Armed Forces of the European Union (European Union Force or EUFOR). This is the official name of the EU rapid reaction force. These forces are part of a common security and defense policy. Their total number is about 10 thousand people. EUFOR forces are mainly involved in peacekeeping operations. Calling them a real all-European military force language does not turn. A comparison with the famous gopher, which no one sees, but it still exists, is more appropriate here. 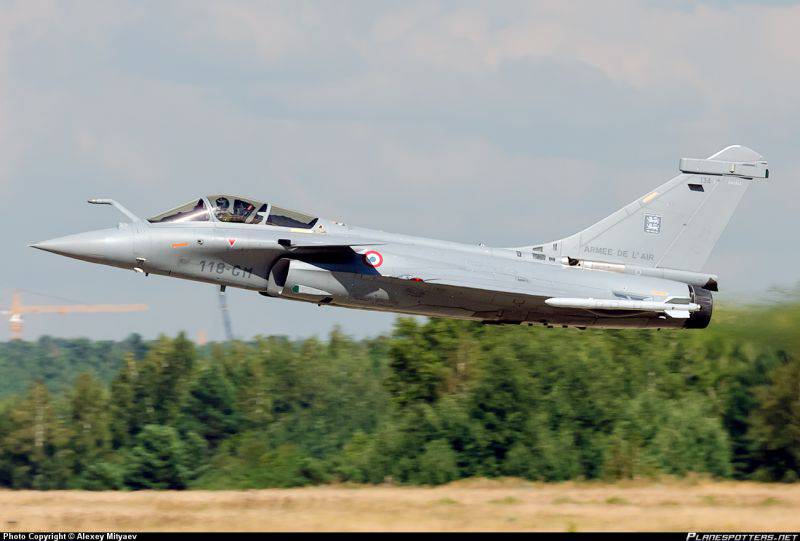 In addition to the European Union Force, in the Old World there is a German-French brigade, which was formed as early as October 2 and 1989, and is regularly focused on the ordinary German brigade. The brigade consists of mixed units - a headquarters, staff company, support battalion, as well as national units - the French tank regiment, the French infantry regiment, the German infantry battalion, the German artillery battalion, and the German engineering-sapper company. Depending on the tasks facing the division, it may include additional forces and means of reinforcement from the armies of the two states. It can be aviation, transport units, demining units, communications units.

The headquarters of this brigade and the support battalion are deployed in the city of Mülheim, near the French border. However, all other units are also located in Germany. When creating the French-German brigade, it was decided that it would consist of two regiments, which were part of the French troops in Germany. In the 1999 year, when the French military group in Germany was disbanded, these two regiments themselves remained on German territory. The brigade headquarters and the support battalion equally consist of French and Germans, the command of the brigade is alternately carried out by the generals of both countries.

Also in the framework of the strategy of the North Atlantic alliance in Europe there are NATO rapid deployment corps (NRDC). They can be deployed to solve a wide range of tasks: from humanitarian operations and response to natural disasters, to conducting counter-terrorist operations and military actions of a high degree of intensity. To date, NATO has 9 rapid deployment corps, each of which is able to command units of a total of up to 60 thousands of troops. 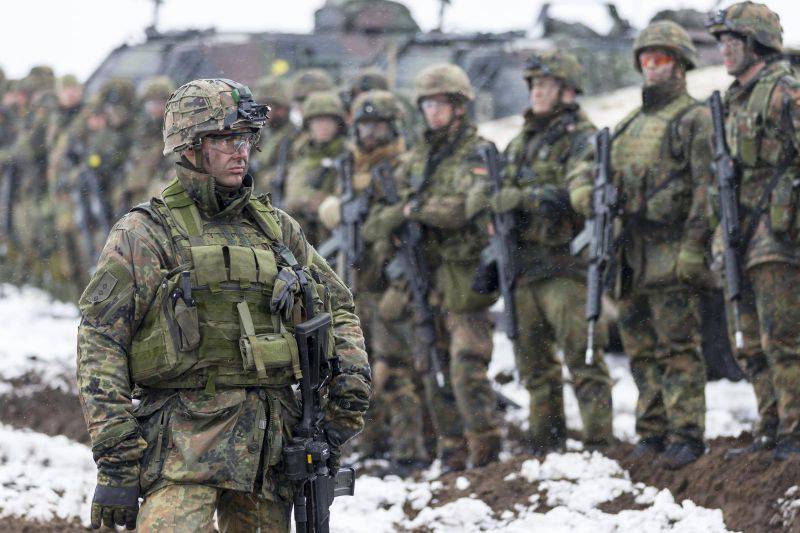 The headquarters of such corps are created on a multinational basis, but financially they are contained by one or several “frame” nations, which are obliged to provide the main part of the staff of their headquarters, financing and equipment. For example, Germany and the Netherlands jointly finance the German-Netherlands Rapid Deployment Corps, and Germany, Denmark and Poland are the frame nations for the Northeast Multinational Corps. The rapid deployment corps on a rotational basis on 12 months take over the command of the ground component while on duty during this time. This implies that the corps headquarters must be able to turn on an alarm in a short time. Immediately before this, the corps undergo intensive training during the 6 months, during which various procedures for planning and conducting joint operations aimed at resolving any crisis that has arisen are checked.

At the same time, the real possibility of deploying all nine corps in full volume without US assistance is doubtful, and not because, if necessary, they will not be able to ensure their maximum number, but because there will simply be nothing to arm people with. The same Bundeswehr was not so weak, probably from the time of the Weimar Republic, when the Versailles Peace Treaty limited the number of German land forces to 100 thousands of soldiers. In the 21st century, this plan was even exceeded. Today in the German Army serves a little over 70 thousands of people. The presence of tanks seems ridiculous, the 2015 of the year was 408 of Leopard 2 tanks - 225 Leopard 2A6 and 183 Leopard 2A5. In this case, the most modern version of the main battle tank Leopard 2A7, the German army received in December 2014 year. The initial order plans to upgrade the 20 of the existing Leopard 2A6, all of which will go into service with the 203 Tank Battalion. According to the program of development of the Bundeswehr, at least 150 tanks were planned to be transferred to this version. 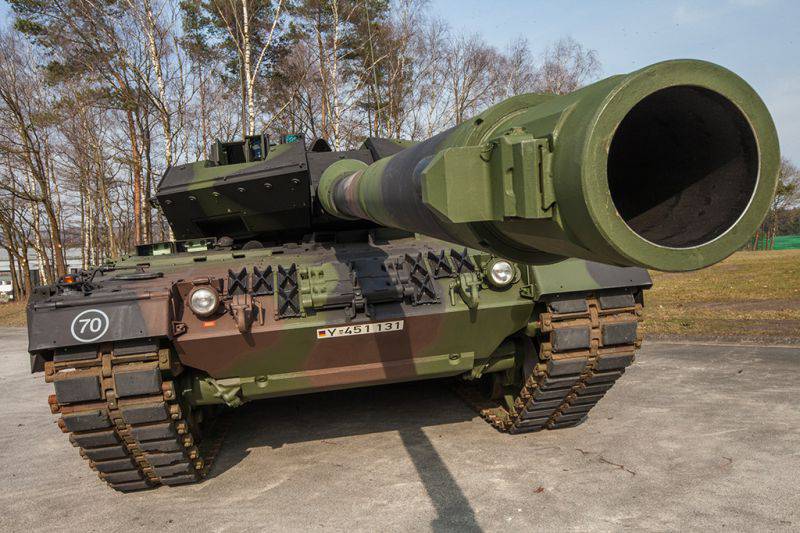 Thus, the creation of the united armed forces of Europe will require from the main states of the continent not only political will, but also substantial financial investments. Because simply combining all the available armies will not be enough, they have been “crushed” too much over the past decades. It will be necessary to move away from the policy of maintaining armies of “peacetime”. To become a truly real force that can fend off the “Russian threat” and allow European states to eventually leave the NATO bloc without fearing for their safety, it will be necessary to spin the flywheel of military production, and there really is something to produce. Another question is whether Europe, which has long been accustomed to a peaceful life, in which the army is more and more associated with another type of civil work and is used more for the status and demonstration of the flag, will say this, as they say in navythan to participate in real operations.

Ctrl Enter
Noticed oshЫbku Highlight text and press. Ctrl + Enter
We are
On the "Defence Schengen" Europe does not have neither the money nor the desire toThe armed forces of Syria on the eve and during the uprising in the republic (2011 — 2013)
Military Reviewin Yandex News
Military Reviewin Google News
9 comments
Information
Dear reader, to leave comments on the publication, you must to register.