Prohibited substances in agricultural products from Turkey violated the airspace of Russia ...

November 26 2015
168
The head of the Ministry of Agriculture of Russia, Alexander Tkachev, states that at least 15% of Turkish agricultural products do not meet the phytosanitary standards in force in the Russian Federation. Alexander Tkachev notes the fact that since the beginning of the year 40 cases of detection of prohibited substances contained in Turkish agricultural products were recorded. 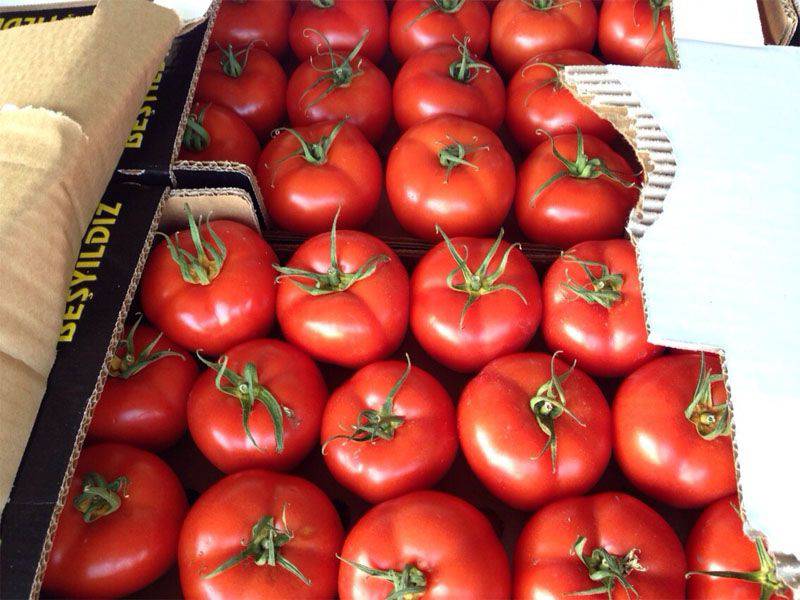 The words of the head of the Ministry of Agriculture are published on official ministry website:
Recently, we have received requests from consumers and industry unions regarding the safety of agricultural products and foodstuffs supplied to Russia from Turkey. The Ministry of Agriculture of Russia analyzed the situation, and I informed the Government of the Russian Federation that, unfortunately, on average 15% of Turkish agricultural products do not meet Russian standards.

I am compelled to state that since the beginning of 2015, about 40 cases of detecting residues of prohibited and harmful substances in Turkish products of animal origin have been registered.

At present, the regime of enhanced laboratory control is valid for Turkish enterprises 2, at 6 enterprises a time limit regime has been introduced.

A significant excess of the maximum permissible levels of pesticides, nitrates and nitrites was also found in fruits and vegetables.
Considering the repeated violations by Turkish producers of Russian norms, the Government of the Russian Federation instructed the Rosselkhoznadzor to put under increased control over the supply of agricultural products and food from Turkey, as well as to organize additional checks at the border and in production sites directly in the Republic of Turkey.

At the same time, Alexander Tkachev notes that the main agricultural imports from Turkey to Russia are fruits, fruits, nuts (46,9%), vegetables (34,0%); sunflower seeds (4,7%).

Tkachev:
The share of Turkish vegetables is 20% of the total supply of vegetables to Russia. If necessary, we will be able to replace the import of vegetables, primarily tomatoes, from Iran, Morocco, Israel, Azerbaijan, Uzbekistan.

The head of the Ministry of Agriculture announces the possibility of stopping the supply of Russian grain to Turkey. It is about 3,5-4 million tons of wheat and other grains that Turkey buys from the Russian Federation every year.

Alexander Tkachev:
From the beginning of 2015, we have exported 3,5 million tons of grain to Turkey - almost 12% of the total grain exports. In the event of the termination of grain exports to Turkey, importers can make the countries of the Middle East and African countries.