Ukraine and Turkey decided to "develop security" in the Black Sea

November 26 2015
92
The press service of the Ukrainian concern "Ukroboronprom" reports that Ukraine, together with Turkey, will begin a project to "enhance security in the Black Sea". The report says that it is the Black Sea direction that is a priority in cooperation between the two states. This statement was made by the deputy director of foreign trade of Ukroboronprom Denis Gurak, speaking to reporters at an international conference Turkey Defense Week 2015. 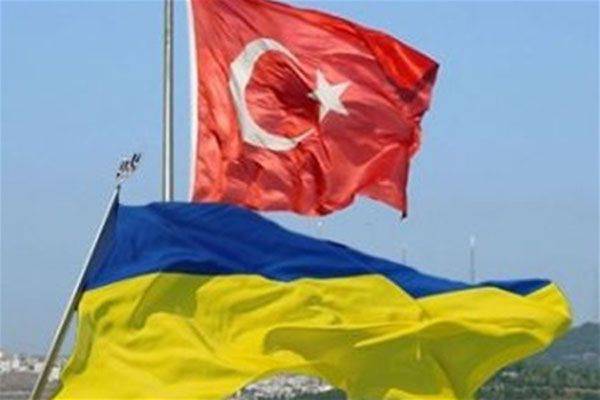 According to Hurak, Ukroboronprom set a course for attracting foreign investment in the defense industry of Ukraine, and Turkey is one of the investors that Kiev sees.

Denis Gurak:
The policy of transparency and openness of the state concern Ukroboronprom is aimed at attracting foreign investment and the development of the domestic defense industry in accordance with international standards. First of all, this will provide the Ukrainian army with modern weapons and military equipment.
“Ukroboronprom” reminds that this year agreements between Kiev and Ankara were concluded on the implementation of projects in the aerospace field and the field of equipping armored formations.

Ctrl Enter
Noticed oshЫbku Highlight text and press. Ctrl + Enter
We are
The action “Military service under the contract is your choice!” In Rostov-on-Don: future contract servicemen, exhibitions and “Russian Knights”Russia demonstrated the most promising weapons at INDO Defense-2014
Military Reviewin Yandex News
Military Reviewin Google News
92 comments
Information
Dear reader, to leave comments on the publication, you must sign in.