Belarus will have missiles with or without Russia 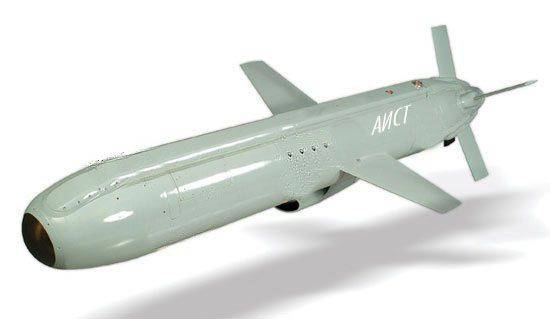 Belarus, it seems, is also firmly on the path of militarism. By this, however, the "peace-loving" policy of the United States and NATO, which concentrated significant military contingents in close proximity to the borders of the Union State - Russia and Belarus, has long been pushing. Or, perhaps, local politicians, including Lukashenka, realized that the army is not just a burdensome attribute of the state, but also the most important condition for its existence.

Thus, for the first time, the Minister of Defense of Belarus clearly defined the source of military threats for the country - “the four NATO bases for various purposes, including aviation, in the immediate vicinity of the border of Belarus”, and also, no less surprisingly, found a way to neutralize them - it turns out the Belarusian army needs "means of destruction that can hit these objects in the right place at the right time." Until recently, it was believed that these same weapons would be Russian planes that would arrive in the country as part of the location of the air base.

However, at the last moment (the airbase was supposed to be deployed before the end of 2015 of the year) Lukashenko, a recognized equilibrist in relations with the West and the East, refused this project. Opinions that the Old Man refused the air base under pressure from the opposition are ridiculous - he never paid attention to them. Everything is much simpler - Lukashenko’s trump card in the “national security” game was created by the Belarusian gunsmiths of the Polonez MLRS - a very promising complex, which, however, still requires some refinement and, most importantly, supplies to the troops. It should be noted that it will be difficult for Belarus to do both in the near future, primarily for economic reasons. Meanwhile, according to the available information, in the near future, presumably at the end of the current year, the combat launches of the Polonez are scheduled on the Belarusian territory. A fool is understandable - in China it is expensive!

At the same time, both Belarusian and Ukrainian experts agree that the MLRS "Polonez" is only an intermediate step towards the creation by Minsk of its own operational tactical missile complex equipped with Belarusian-made cruise missiles (there is information that they will be called "Stork") . Indeed, a prerequisite for the guaranteed destruction of military facilities in the enemy’s territory is the effective overcoming of the air defense system — a typical task for cruise missiles. However, the possibility of Belarus to create modern high-precision missiles would raise some doubts, especially after the announcement of the Polonez MLRS, if not for some nuances.

Given the overly close Belarusian-Ukrainian relations, the prospects for the creation of the Belarusian Aist cruise missile become much more distinct. Indeed, even at the beginning of 2012, the Ukrainian company Motor Sich sold 60% of shares in the Orsha Aircraft Repair Plant. As it turned out, one of the conditions of the transaction, among other things, was the adjustment of the production of gas turbine engines. Taking into account modern realities, it is obvious that in Orsha they are preparing (or are already ready) to start the production of MS-350 or MS-400 rocket engines for the needs of Belarus. By the way, it was on the basis of MS-400 that China in 2009 created its own cruise missile CJ-10, very similar to the Ukrainian analogue “Kite”. Apparently, it is not by chance that Minsk chose Beijing as a partner in building its multiple rocket launcher system - its own missile system looms on the horizon.

Moreover, the Belarusian defense industry is no longer the first to participate in a project to create an OTRK equipped with cruise missiles. For example, at the international defense industry exhibition IDEAS-2008, Pakistan presented a mobile “Babur” cruise missile launcher on the chassis of the Minsk wheel tractor plant MZKT-79292. By the way, the rocket itself is equipped with the same MC-400. Coincidence? Hardly.

It seems that the creation of its own OTRK by Minsk, equipped with cruise missiles, is only a matter of time. Another question is what made Belarus, in the face of economic difficulties, force its missile program? It is likely that a significant role in this issue belongs to the increase in the level of tension in the region, as well as Moscow’s unwillingness to supply Minsk with modern weapons like the C-400 or the Iskander OTRK.

Despite the fact that Russia's recent policy towards Belarus is unlikely to seriously threaten Allied relations, the development of its own missile program can dramatically reduce the influence of the Kremlin on Lukashenko. In this regard, we can safely say that within the visit of the President and the Minister of Defense of Belarus to Moscow, scheduled for the end of November, Moscow will certainly discuss a number of issues related to military security: the deployment of a Russian airbase in Bobruisk, the possibility of deploying the Russian ground contingent, as well as preferential supply of modern samples of military equipment.

It is obvious that the transfer to official Minsk of the weapons it needs, albeit at reduced prices, will not only increase the military potential of an ally and allow it to retain considerable funds, but also allow Russia to keep Belarus in its sphere of influence for a long time.

And the most important thing is to prevent the further rapprochement of Minsk and Beijing, so that China could not become a strategic military-political partner for Minsk instead of Russia. Otherwise, in the long term, Moscow could lose its main ally in the western direction.

Ctrl Enter
Noticed oshЫbku Highlight text and press. Ctrl + Enter
We are
What you didn't want to know about EnglandThe fifth wheel in the wagon of the Customs Union
Military Reviewin Yandex News
Military Reviewin Google News
131 comment
Information
Dear reader, to leave comments on the publication, you must to register.