November 26 2015
43
Today, with the 01: 00 hour (Moscow time), the ban on flights through the airspace of Ukraine for all Russian airlines without exception has come into force, reports RIA News. 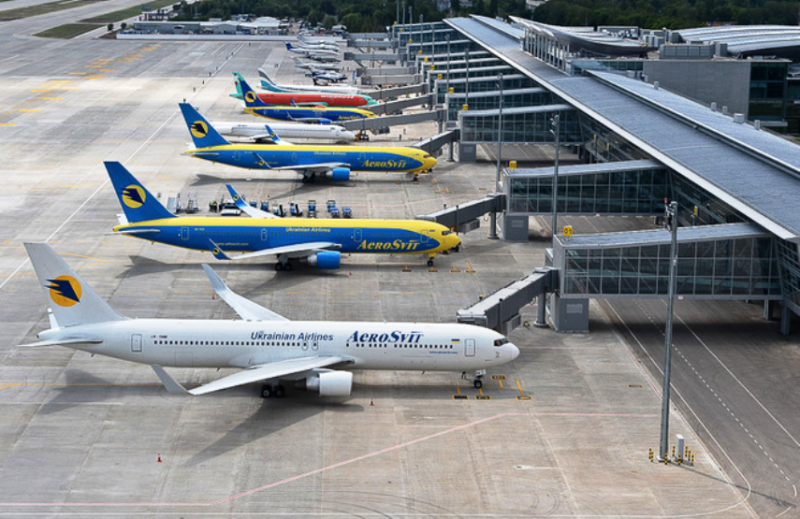 This decision was made by Kiev on Wednesday. The government explained its step by the need to “ensure national security” in the context of “aggressive actions of the Russian Federation”. Country losses are estimated at € 25-30 million per year.

Earlier (from October 25), Kiev imposed a ban on flights of Russian airlines directly to Ukraine, as well as to the “transit of military and dual-use cargoes”. In response, Moscow introduced “mirror measures”.

“In connection with the exacerbation of the military and socio-political situation, the government decided to ban the passage of Ukrainian airspace for all without exception Russian airlines with 00.00 (01.00 Moscow time) 26 November this year,” the release of the Ministry of Infrastructure of Ukraine said.

The corresponding notification was sent to the Rosaviation and the Ukrainian Foreign Ministry.

At the same time, the head of the Ministry of Infrastructure, Andrei Pivovarsky, said that air traffic could be restored if Russia "does not give ultimatums." In this case, “we are ready to negotiate,” he added.

In turn, the representative of the Federal Air Transport Agency said yesterday that “the ban introduced by Ukraine on transit flights over its territory is of little relevance for the Russian civil aviationbecause since the accident near Donetsk, the vast majority of Russian airlines refused to perform transit flights through Ukraine’s airspace for security reasons. ”

According to him, this ban "once again confirms the destructive position of the Kiev authorities in matters of air traffic."

Ctrl Enter
Noticed oshЫbku Highlight text and press. Ctrl + Enter
We are
Reports from Strelkov Igor Ivanovich 18-19 July 2014 of the yearThe situation in the south-east of Ukraine. Chronicle of events. 3 May
Military Reviewin Yandex News
Military Reviewin Google News
43 comments
Information
Dear reader, to leave comments on the publication, you must to register.