Turkey strengthens the border with Syria

November 26 2015
135
Turkish Defense Ministry sends an additional 20 to the Syrian border tanks, as well as airplanes for patrolling, reports Look with reference to the agency Anadolu. 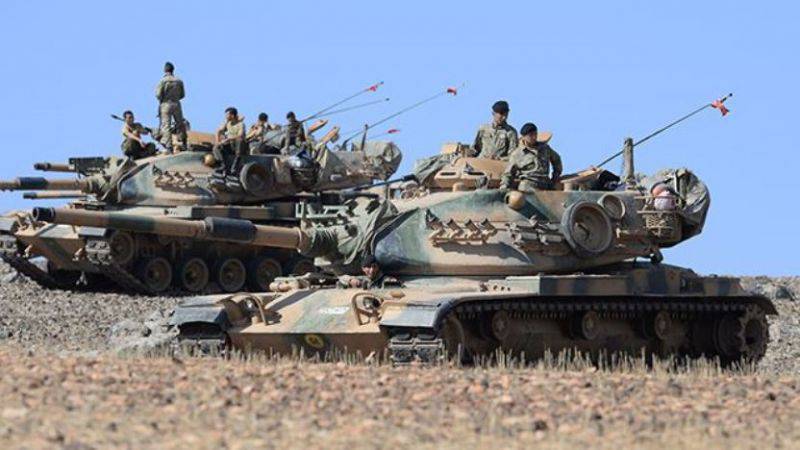 "Twenty tanks, stationed in the western provinces of Turkey, were transferred by rail to Gaziantep in the south of the country, from where they were escorted to the Syrian border by police and gendarmerie," the agency writes.

It is also reported on the conduct of the largest recent operation to patrol the border. It simultaneously involved X-NUMX F-18 fighters.

“Information about which specific sections of the border were monitored was not provided by the military,” the newspaper notes.

Recall, on Wednesday, President Erdogan said: “Turkey has always advocated peace, dialogue, diplomatic settlement, and after that we will continue to do the same. But let no one expect us to remain deaf and blind to violating our space, our borders, our sovereignty. We have no thoughts to inflate this incident (with Su-24), we only protect our security and the rights of our (Turkmen) brothers. ”

Ctrl Enter
Noticed oshЫbku Highlight text and press. Ctrl + Enter
We are
Erdogan said Turkey will not “fan the incident” (with Su-24), but will continue to defend the rights of the “brothers”
135 comments
Information
Dear reader, to leave comments on the publication, you must to register.