November 26 2015
36
The global agenda is still dictated by extremists.


To successfully combat terrorism, it is necessary to coordinate the work of the special services of different countries. Unfortunately, European structures designed to ensure state security do not always have the necessary operational information.

The main news last week were the results of the investigation of the tragedy of the flight Sharm el-Sheikh - Petersburg, which killed the lives of 224 people. The conclusion of FSB specialists is unambiguous: an explosive device worked on board the ship. As if in confirmation, the Islamic State, banned in Russia, posted on social networks a photograph of the VCA allegedly laid on board the A321 Kogalymavia.

“Starting with 80, newcomers oaths of terrorism turn out to be more radical than their predecessors”
According to reports, an improvised explosive device, containing from one and a half to three kilograms of explosives, was initiated using a rather simple clockwork-timer. According to the published results of the investigation, the VCA exploded in the tail section of the aircraft, in the 30 – 31 range. At the same time, the blast wave spread forward to the 27 of the row, and back only to the 32 of the row.

For comments on the possible impact of an explosive device on the design of an airliner “Military Industrial Courier” appealed to the employees of the company - the operator of the Airbus A321, as well as to the pilots of these machines. According to the interlocutors, the 1,5 – 3 kilogram of explosives, being in the passenger cabin even close to the aircraft trim panel, could not tear the A321 tail - the design is highly durable. A number of experts surveyed are inclined to believe that an explosive device somehow not only damaged the skin, but also destroyed the machine located in the tail end of the liner, which is responsible for shifting the elevators and controlling the stabilizers.

The published findings partially contradict the latest data from the investigation. The blast wave, which reached the 32 – 33 of the first row, theoretically could not damage the automatic transfer switch covered by the cabin of the flight attendants and elements of the APU. 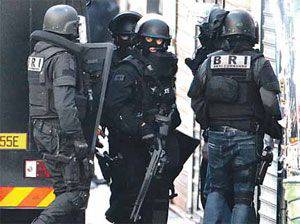 However, the representative of the operator, familiar with the design of the "Airbus", does not agree with his colleagues. The explosion of the IED in the cabin, if it was installed close to the inner lining, could, under certain conditions, give a hole, which, expanding, led to significant damage to the design of the airliner.

But against this version says the fact that a relatively small hole in the outer skin A321, washing around which showed the presence of traces of explosives, one and it end-to-end, with no signs of subsequent destruction of the structure.

The Sunday battles in the region of Nalchik, the capital of Kabardino-Balkaria, confirmed what the Russian special forces fighters liquidating the bandit underground in the North Caucasus were talking about back in the spring: in the fall, ISIS in southern Russia would become a real threat.

Recently, the so-called Imaratshi (the fighters of the “Imarat Kavkaz”, banned in Russia) did not actually engage in vigorous activity, and their troops were reduced to groups of three to five, in rare cases by 10 people. But now their place is actively occupied by former “brothers arms”, Transferred from under the green banners of the“ Emirate ”under the black flags of the“ Islamic State ”. As the past special operation shows, the igilovtsev detachments are much larger, they are better equipped. True, while the fighting continues in Syria, the Russian branch of the IG can be replenished only at the expense of defectors from the "Emirate", as well as recruitment of local personnel. Undoubtedly, the Russian special services are ready for such a development of the situation, as 22 proved in November in Nalchik. By the end of the day, they managed to eliminate 14 "igilovtsev", including, according to the NAC, and the leader of the gang.

What remains for Europe? Do not spare ammo

Immediately after the terrorist attack in Paris, the Belgian special services began to sweep the suburbs of Brussels, whose name Molinbek still does not descend from the front pages of the media. The police were supported not only by special forces soldiers, but also by servicemen with light armored vehicles.

Despite the fact that by the end of the week in Belgium, it was possible to uncover several secret cells of terrorists and identify the entire underground production of explosives, the government of this European country was forced to impose a state of emergency. The data obtained during the raids showed that a series of terrorist attacks are being prepared in Belgium, in particular in the Brussels Metro. On Sunday, the government banned the media to report on the progress of the ongoing operation. 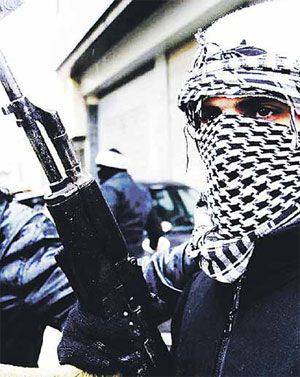 At the beginning of the week, the French secret services not only calculated the place where the militants who planned the Paris attack were located, but also began to eliminate them. In the skirmish that lasted about half an hour, special forces from RAID used up more than five thousand rounds of ammunition, after which some of the militants surrendered. But the remaining continued resistance. During the assault, the special forces tried to launch a dog into the premises in order to identify the survivors, but the dog named Diesel died under fire. By 11 hours of the day, seven hours after the start of the assault, the apartment, which had turned into ruins, was cleared, some of the militants surrendered, the other was destroyed. The leader of a bandit group died when his sister blew herself up.

In France, as in Belgium, stripping and targeted checks continue to uncover terrorist cells. According to the official representatives of Brussels and Paris, the cooperation of the law enforcement bodies of the two countries helped to quickly reveal the underground. And yet, according to the available data, the information provided by the United States plays an important, if not the main role in the started sweeps. The CIA, the NSA, the intelligence agencies that are part of the Joint Special Operations Command of the US Armed Forces, were able not only to track down the terrorist cells, but also to draw up an approximate scheme of their interaction, subordination, funding, etc. Moreover, European terrorists, like the North Caucasus, previously entered into other organizations and only relatively recently, probably in the spring and summer of this year, sworn by ISIL.

No less dramatic was the attempt to commit a terrorist act in Germany during a football match, where Chancellor Angela Merkel should have been present. Data on the mortgaged IEDs of the German secret services allegedly became known from an anonymous telephone call. During the first check of the stadium, the police and military failed to find an explosive device and they even wanted to remove the cordon. But again, having received additional information from unknown sources, law enforcement officers were able to find IEDs.

World media believe that there was not without the participation of US intelligence. It is very doubtful that the terrorists, who set themselves the goal of destroying the maximum number of civilians, showed humanism and reported a bomb. Moreover, the German Chancellor could have become a target.

The attack on the Radisson Blue Hotel in the capital of Mali could be one of the bloodiest in the newest stories. But out of more than a hundred and fifty guests, only 19 people died during the terrorist attack and the ensuing assault, and almost all of the victims fell on the first minutes of the capture, when militants burst into the hotel and fired at a restaurant where breakfast was served. At the same time, six Russian citizens died - employees of Volga-Dnepr Airlines and members of the An-124 crew.

Despite the fact that the militants who swore oaths to the Islamic State in the summer of this year had not only automatic weapons, but also, according to some sources, RPG-7 grenade launchers, the terrorists were destroyed by special forces during two assaults. Good enough result for special forces from an African country.

In fact, the main, most difficult tasks during the assault were performed by the fighters of the US Joint Special Operations Command (JSOC, that is, the operators of Delta or Navy Seals DEVGRU) and their French colleagues from the 1th Parachute Regiment of the Marine Corps. On video footage from the scene of the terrorist attack, you can see American special forces in characteristic form and equipment, standing out against the background of the indigenous people of Mali with white faces.

Already after the terrorists were killed and the hostages were freed, the GIGN fighters immediately arrived in Bamako on an order by the order of French President Francois Hollande.

It is noteworthy that the military personnel of the American JSOC (not only Delta and DEVGRU, but also the staff of the ISA, as well as other intelligence agencies) have been in Mali since the French intervention in this country that began in 2012 year. The task of "Delta" and "sea lions" was to identify terrorists and fight them. However, very little is known about the work of the American special services in Mali.

In the world war on terrorism, the newcomers appearing on the side of the enemy of humanity turn out to be even more radical than their predecessors. If in 80-s Hezbollah was considered the most terrible terrorist threat in the world, then in 90-e this dubious leadership passed to Al-Qaeda. And now Hezbollah, frightening mainly the USA and Israel and fighting with the Islamic State in Syria, has itself become a target for the IG.

Al-Qaida, defeated by the United States in Iraq and Afghanistan, gave way to the Taliban and the Islamic State, which swallowed up the remnants of the once most dangerous terrorist structure in the world. And its “branch” in Africa became in fact an independent organization that has little in common with the brainchild of Osama bin Laden.

There is no doubt that the “Islamic state” sooner or later will begin to crumble under the blows of Russia, the USA, France, and its leadership is waiting for its “raid on Abatobad” and burial at the bottom of the sea. But who will take the vacant place?

Ctrl Enter
Noticed oshЫbku Highlight text and press. Ctrl + Enter
We are
Rest at gunpointMilitary reform as an integral part of the security concept of the Russian Federation: Systematic dynamic assessment
Military Reviewin Yandex News
Military Reviewin Google News
36 comments
Information
Dear reader, to leave comments on the publication, you must to register.