November 25 2015
44
The Pentagon decided to equip the strategic bombers B-52H Stratofortress, whose average age is 54, with new cruise missiles with a long range of flight, reports Look with reference to the resource "N + 1". 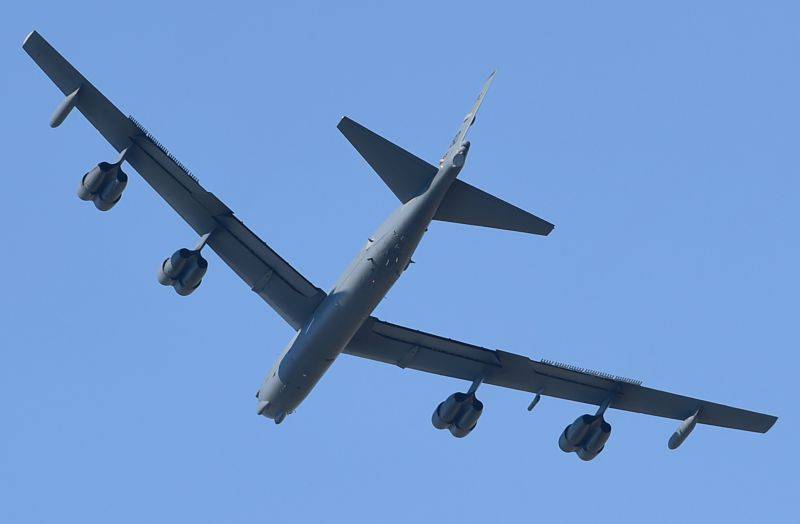 “The US Air Force signed a contract with Lockheed Martin for equipping the bombers with JASSM-ER missiles. The amount of the transaction amounted to 9,1 million dollars, ”writes the publication.

As expected, “as a result of the modification, the aircraft will be able to carry new cruise missiles on the underwing points of the suspension, as well as in the internal armaments compartments, for which new digital carousel-type dumping systems will be installed,” the portal reports.

Currently, bombers can carry "missiles created on the basis of nuclear AGM-86 ALCM, as well as basic JASSM."

Previously, the B-52H was upgraded to JASSM cruise missiles, which can be launched underwing from the suspension points. “However, this possibility was practically not used, since the JASSM flight range is significantly shorter than the non-nuclear version of AGM-86 - 926 versus 1 thousand 111 kilometers,” the resource notes.

Ctrl Enter
Noticed oshЫbku Highlight text and press. Ctrl + Enter
We are
High-precision JASSM in service with the Polish F-16C: an assessment of the degree of threat in the Western Highway to the beginning of 2017Modernization of the "old" strategic bombers
Military Reviewin Yandex News
Military Reviewin Google News
44 comments
Information
Dear reader, to leave comments on the publication, you must sign in.