Bobruisk. Belorussia. Base or not base? ..

November 26 2015
81
The head of the operational management of the General Staff of the Aerospace Force, Alexander Lyapkin, on the eve of the news told the media that Russia is planning to transfer 12 fighter jets and helicopter units of its HVS to Bobruisk (Belarus) in the near future. Information Agency TASS cites the statement of the official representative of the Russian Aerospace Force:

The airfield of the aviation unit is determined to be the airport of Bobruisk. The composition of the Russian aviation base and its organizational structure.

Yes, yes, we heard it right. Alexander Lyapkin said precisely “the composition of the Russian aviation base,” and he said this with reference to the Belarusian Bobruisk, whose airfield had been waiting for its revival for a long time. 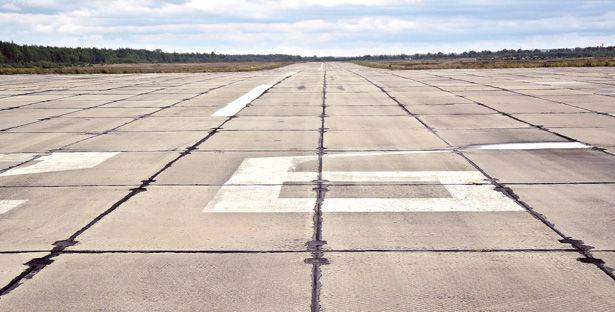 Alexander Lyapkin:
It is planned to maintain one fighter aircraft squadron at the aerodrome — 12 combat aircraft and a helicopter unit — four transport combat Mi-8.

Attention is drawn to the fact that the head of the operational department of the Main Staff of the Russian Aerospace Forces, stated the actual process of creating a Russian air base a day before the meeting of Russian President Vladimir Putin with his Belarusian counterpart Alexander Lukashenko. But precisely this meeting (scheduled for November 26) must put an end to the question of whether to be a Russian military air base on the territory of Belarus or not. A certain piquancy in this situation adds the fact that just a couple of days before the presidential elections in the Republic of Belarus, Alexander Lukashenko said that there is no question of any Russian military base on the Belarusian territoryand that all the conversations on this topic are the machinations of Russian journalists who are not distinguished by competence in this matter.

But if the representative of the General Staff of the Russian Aerospace Forces says that the airplanes of the Aerospace Forces of Russia will be transferred to Bobruisk, therefore, the issue of creating a Russian air base has been resolved? You can, of course, to Alexander Grigorievich was not particularly offended come up with a more neutral term - for example, the Joint Belarusian-Russian Aviation Center. No, not a Russian base, but just an air center, and that joint one ... Well, one must learn some experience from Western partners, who "do not have a single military base," but there are special and coordinating centers, interstate military associations, temporary points dislocations and everything in the same spirit ...

It is worth noting that in September, interdepartmental consultations were held on the creation of an air base in Belarus. Consultations between the two countries of the same Union State were conducted through both the ministries of defense and in the format of negotiations between representatives of the foreign affairs agencies. And, as the same Alexander Lyapkin reports, the agreement has been prepared, it remains to sign it, and it will immediately enter into force.

For obvious reasons, the President of Belarus Alexander Lukashenko does not want to advertise the creation of an air base in the country. After all, we should not forget that the President of the Republic of Belarus has the EU, as it were, on a “probationary period” - in relation to the Republic of Belarus, including its head, Brussels temporarily canceled a number of sanctions measures. According to Brussels, before February 2016. Like, we will observe the behavior of Lukashenka, and if we (the Europeans led by Washington) like it (behavior), we can extend the unauthorized period for But father for some time. There is an obvious attempt to show Minsk that he has a chance ... What is the chance? Well, of course, in that Lukashenka did not even think of going further rapprochement with Russia, at the same time, if possible, solving the Western task of containing the Russian Federation.

But in the current situation, silence about the deployment of fighter squadrons in Belarus is a huge risk for the same Alexander Lukashenko. And the President of Belarus, as an intelligent and experienced politician, understands perfectly well for what purposes the West needs it, and what is really the background of the temporary lifting of part of the anti-Belarusian sanctions. If only not two chairs ... If only not two chairs ...

What may happen in the near future, if Moscow and Minsk continue to consider the territory of the Russian Federation and Belarus not as a single Union State, but as two separate states with different interests, the head of Polish diplomacy, Witold Vashchikovsky, actually says. According to this man, clearly distinguished by "big love" for Russia, in Brussels urgently have to terminate the agreement "Russia-NATO" (sample 1997 year), which, inter alia, prohibits the deployment of NATO troops along the Russian borders. Vashchikovsky is sure that it was “only a political agreement”, and “it is not necessary to fulfill it in the current realities.”
It turns out that Vashchikovsky (himself or at the prompting of a senior “comrade” in NATO) proposes to finally move the forces of the atlantists to the Russian borders, in fact besieging Belarus with “friendly” troops.

It is noteworthy that the Polish Foreign Minister from Germany was given to understand that Poland is trying to play with fire, but to Vashchikovsky, apparently, someone has set such a task, and Vashchikovsky works out the received cookie:

Germany says that this is a step towards increasing confrontation towards Russia. And we ask Germany: whose safety do you care more? That state, which is with you in the EU and NATO, or a state that is from the outside and is leading a third war: with Georgia, Ukraine, and now with Syria?

As you can see, the American litter in the form of the Polish leadership became so enraged that it was illusory about its own significance that it was already beginning to dictate its terms to Germany - a country at the expense of which the European Union actually exists, along with Poland and Vashchikovsky ... The only thing about this: “vashchikovskie” come and go, appear under the rim of political plumbing and are washed away into the depths of sewage non-existence, and the geopolitical interests of the same Germany, obviously not wanting to Once again to provoke Russia, remain.

But, as already noted, Vashchikovsky’s statement is a signal for Minsk. Belarus in the "coordinate system of Poland" is not considered at all as a subject on the European continent. The main goal of Poland is the militarization of the eastern borders of the EU, in order to bite Russia with small teeth, and, as one notorious figure from the NATO country, immediately hide behind the NATO screen, waving a fist, but not protruding ... Moreover, the Young Europeans also have a blue dream: to repaint Belarus in Georgia and Ukraine mentioned by Vashchikovsky. If such an idea seems tempting to the President of Belarus, then, of course, one can continue to continue to declare that Belarus is an exclusively self-sufficient state, ready to cope alone with the challenges, and the Union State - it seems to be there, but no more than economically - for gas discounts and delivery of shrimp and salmon from the “Belarusian Sea” to the Russian Federation ...

Ctrl Enter
Noticed oshЫbku Highlight text and press. Ctrl + Enter
We are
ARMY-2016. Cluster VCS. Part of 2. Space is space!Situational analysis of the death of the MH17 flight (Malaysian Boeing 777), made on the basis of engineering analysis from 15.08.2014
Military Reviewin Yandex News
Military Reviewin Google News
81 comment
Information
Dear reader, to leave comments on the publication, you must sign in.