MPA (Multirole Patrol Aircraft is a multi-purpose patrol aircraft) is a technologically advanced, competitive lightweight aircraft with two turboprop engines, created by Piaggio Aerospace. It is designed to perform various tasks, ranging from peacekeeping operations to actual combat scenarios; It has advanced features and best-in-class features required to perform the most complex scenarios.


Piaggio Aerospace is developing an MPA multipurpose patrol aircraft in collaboration with ADASI (Abu Dhabi Autonomous System Investments). This is a division of Tawazun from the United Arab Emirates, which manages many comprehensive programs for the UAE armed forces and creates joint ventures with a number of world-class companies.

Piaggio Aerospace MPA outperforms other competitors in light mid-height turboprop segment aviation, it fills the gap between the heavier turboprop intelligence platforms thanks to the following features:

To fly fast at high altitudes to remote operational theaters, for which a longer flight time is necessary;
Integrate the latest radars and advanced optical-electronic systems;
Process and combine the information received with the most modern management consoles;
Transmit reconnaissance information to earth via data channels in direct and indirect visibility;
Minimum logistics with maximum performance.

The Piaggio Aerospace MPA with its maximum operating speed MMO (Maximum Mach Operative) 0,65 Mach number is the fastest turboprop aircraft on the market. This platform is designed to integrate the most advanced sensors, while having the best performance in its class:

The spacious, full-length cabin allows you to install various functional consoles for a wide range of special tasks. Thanks to the pushing propellers in the tail section, the cabin has the lowest level of noise and vibration among the aircraft of this category.

The crew is comfortably accommodated in a work area with two workplaces, one seating area, a kitchen and a toilet. With an overpressure of just 0,6 kg / cm, the 2 cabin has a very low equivalent height, which allows you to get a comfortable working environment for pilots and operators and guarantee low fatigue and maximum operability of operators.

The new Piaggio Aerospace Multirole Patrol Aircraft patrol aircraft is a further development of the P.180 Avanti II aircraft of the same company that has been tested and certified for the carriage of passengers. This aircraft, with its proprietary 3LSC configuration (Three-Lifting-Surface Configuration) with three aerodynamic surfaces and laminar wings with high elongation, has more than 800000 flying hours and more than 20 years of trouble-free operation.

The modified aerodynamic configuration, created for special military tasks, passed advanced tests at low and high speeds in wind tunnels of advanced laboratories to substantiate the design and confirm the characteristics, during which it demonstrated a reduction in the required power by 30% compared to its closest competitor.

The new MPA aircraft inherited the excellent performance of the P.180 Avanti II platform, including high speed, but the new model of the aircraft was modified to improve the performance and installation of new and upgraded onboard systems:
Increased area and wingspan and tail
Noise reduction (including upgrading engines with new screws with saber blades)
New chassis
Increased fuel capacity
SAAB Equipment

In order to carry out a wide range of tasks, high-performance search radar and a set of optical-electronic equipment will be integrated into MMS, which will make the MPA one of the most functional and advanced aircraft in its class. Radar antennas and a specific intelligence station are installed under the fuselage, which allows for circular surveillance; The systems are powered from a reliable power source with a voltage of 28 DC volts.

The open architecture of all MPA aircraft systems allows the flexibility to adapt to the task, and the extensive use of commercial ready-made components provides a modern human-machine interface and first-class graphics capabilities and computing power. 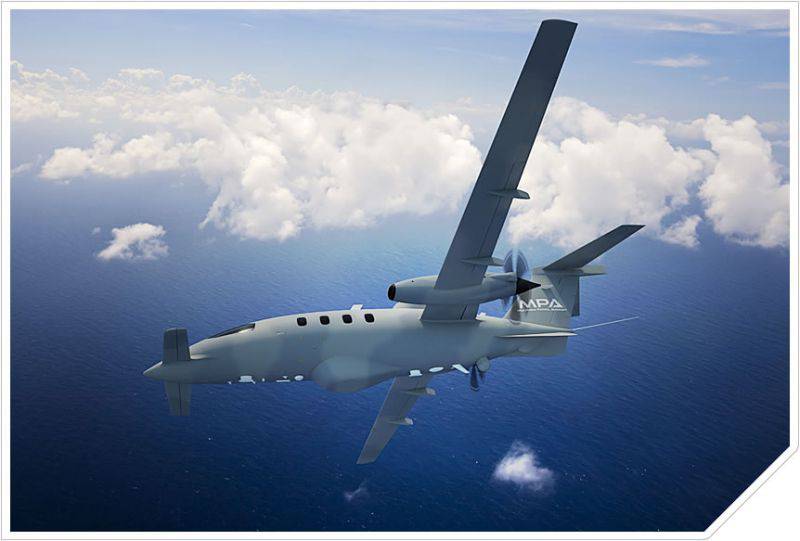 Aquila MMS integrates tactical sensors and data channels that provide operators with a high level of situational awareness by combining data from various sensors and systems and presenting information through an advanced human-machine interface. Two operator workplaces are equipped with multifunctional consoles with built-in displays and means of monitoring and controlling sensors, and systems for collecting, analyzing, combining, recording and distributing all available data. This allows you to maximize crew productivity and properly distribute responsibilities between them, while direct integration with aircraft avionics allows for increased interaction between the pilot and operators.

Optional (highly recommended) on the MPA aircraft can be installed protection system. 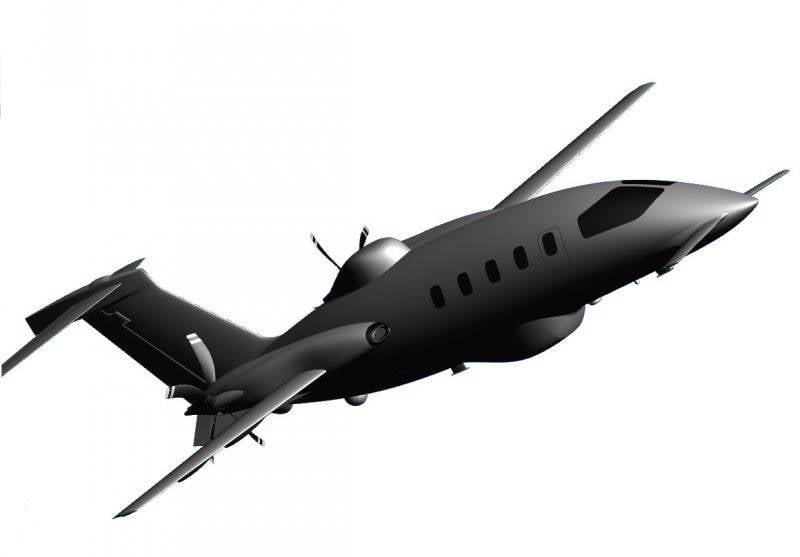 Ctrl Enter
Noticed oshЫbku Highlight text and press. Ctrl + Enter
We are
UAVs in the post-Afghan era (part 3 of 3)An-12 in Afghanistan
Military Reviewin Yandex News
Military Reviewin Google News
18 comments
Information
Dear reader, to leave comments on the publication, you must to register.