November 26 2015
89
Last Tuesday, after the Russian bomber Su-24 and its pilot, lieutenant colonel Oleg Peshkov, died on the Syrian-Turkish border, the Russian president spoke very sharply about the actions of Turkey’s military and political leaders: But today's loss is connected with the blow that the accomplices of the terrorists struck us in the back, otherwise I cannot qualify. ” These words of Vladimir Putin are directly addressed to Turkish President Recep Erdogan. 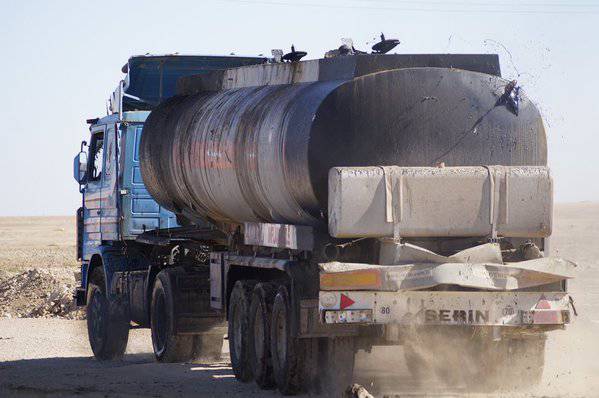 The recent trend has become a very pragmatic approach to international relations, when the main tasks of cooperation are determined by the economic interests of the parties. Business and those who provide him political support, for the time being do not pay attention to ideological, cultural, religious, mental and other differences. It happened with Turkey.

Experts have long noted that the Russian Federation and the Republic of Turkey have practically no common positions on major international issues. The Turks actively supported, and then sheltered militants from the North Caucasus. Now Ankara finances and even politically covers the leaders of the Crimean Tatar Majlis who fled to Ukraine, who have recently organized a blockade of the Crimea. In the countries of Central Asia and the Caucasus close to us, the idea of ​​Pan-Turkism is persistently advancing. So much so that, for example, in the union Kazakhstan, we in schools have already introduced the teaching of the Turkish language. In the country, half a dozen Turkish channels legitimately broadcast, and girls instead of takyya or borika (women's national headgear) donned hijabs and even niqabs.

The political support of Turkey is already manifested. At a recent meeting in Tehran, the Turkmen president expressed claims to Vladimir Putin that the airspace over the Caspian is used to fly missiles and airplanes attacking targets in the Turkish-Syrian border area.

Of course, the main knot of our contradictions is in Syria. The Turks look at it as the backyard of the former Ottoman Empire, which the president of the current Ottomans planned to revive. Experts call these plans Recep Erdogan the main driving force behind the civil confrontation in Syria. Syrian President Bashar al-Assad turned out to be an obstacle to their implementation.

All of this Russian business did not notice or did not want to notice, promoting their projects in Turkey. It is generally accepted in society that our main economic cooperation with the Turks is built on the sands of Antalya’s beaches. Last year, almost 4,5 million Russians really rested here and put 3,5 billion dollars in Turkish wallets.

The figure is serious. But exactly the same amount spent in 2012 year, Sberbank, when fully bought Turkish DenizBank. Sberbank’s website then boasted that the deal with the Turks was “the largest acquisition in the whole history bank".

Indeed, DenizBank is the leader in Turkish retail banking. He has 5,4 million customers, almost 600 branches in the country and about a hundred beyond its borders. At the beginning of 2015, the bank’s assets pumped up to $ 40 billion. Today DenizBank is among the ten largest banks in Turkey and occupies about 10 percent in the Russian bank’s business.

The initiative of the Savings Bank was not the first. Back at the turn of the century, Gazprom for $ 3,2 billion stretched Blue Stream to Turkey, which raised Russian gas supplies to almost 60 percent of local needs. In 2008, LUKOIL acquired a network of local gas stations, the number of filling stations in 600. In 2010, Atomstroyexport contracted for Russian money to build Akkuyu nuclear power plants in Turkey worth $ 20 billion and has already invested in 5 billion. In 2011, the Magnitogorsk Metallurgical Plant launched a plant worth $ 2 billion in Turkey. Later, Inter RAO bought the Trakya Elektrik gas power plant. Since last fall, GAZ Group with a local partner, Mersa Otomotiv, has been assembling Gazel Next in Turkey.

You can continue to list the projects of our far-sighted businessmen who have invested in the development of the Turkish economy. Their implementation raised last year the trade turnover between the countries to $ 31 billion, but now it has become a headache for the owners and managers of initiative companies.

Almost all the projects listed were supported by Recep Erdogan. How now the president of Turkey appeared in a camp of accomplices of terrorists? Strictly speaking, he has been in this company for a long time. In the distant seventies of the last century, after the end of the religious lyceum of Imam-Khatyb in Istanbul, Erdogan began his political career in the youth unit of the National Salvation Party.

Long before the Turkish deal of the century of Sberbank, the local newspaper Yurt would open the world to the transformation of the Islamic radicals of Turkey. Authorities banned their organizations, closed them down, harassed and even imprisoned activists. The parties then changed their names and continued to operate under the new names.

The Yurt wrote that the radical Islamist Party of National Salvation (the one where young Recep Erdogan headed the cell of his peers) will be replaced by the Welfare Party. It will be banned in the 1997 year after the military coup, and Erdogan himself will be sent to prison for four months. The Islamist organization will be revived only in 2001, with the new name Justice and Development Party and will come to power in the next elections.

As the Yurt newspaper notes, all these reorganizations of the Turkish Islamists took place with the active support of the Muslim Brotherhood, which have an extremely conservative view of religion, common political goals and preferences with the Turkish radicals.

The international religious-political association “Brothers Muslims” has been recognized as terrorist in many countries of the world, so attentive observers have not long been misled by the secular jacket of the Turkish president. Confirmation of these ties was the direct support of Erdogan during the "Arab spring" of the Egyptian Party of Freedom and Justice, created for the elections there by the Muslim Brotherhood.

They will then be removed from power by the military, led by Field Marshal Ac-Sisi, and an open enmity will arise between Cairo and Ankara. After this incident, the Turkish opposition will call Erdogan’s party a branch of the Muslim Brotherhood. No one dares to associate his name with complicity with terrorism, although there will be plenty of examples of such actions.

In the Middle Eastern and Turkish media, there is a lot of evidence about how the Ankara authorities turned border settlements into clusters of Islamic mojaheds, as Antalya resorts and military hospitals are being treated and restored after injuries by militants of terrorist groups. The SANA agency informed that the patronage and support of the Turkish government allows the militants of the “Syrian Free Army” to move freely around the border areas, to shelter here from artillery and air raids, to replenish stocks of food and weapons.

Give examples of direct economic cooperation of the Turks with a terrorist organization LIH. There are they in the Russian media. A military expert, Ivan Konovalov, said that the attack on the Su-24 in Syria could be ordered by the son of the current Turkish President Bilal Erdogan on Lifenews.

According to the newspaper, Erdogan Jr. has close ties with the leaders of ISIS. There are even photos on the web where he poses with the action leaders. Bilal Erdogan controls the transportation of cheap oil to Turkey. After the airplanes of the Air and Space Forces of Russia inflicted significant damage to oil fields and oil storages of the ISIL, destroyed more than a thousand vehicles, the income of the Turkish president’s son was seriously affected. Ivan Konovalov suggests that the attack of Turkish fighters on the Russian bomber was revenge for the ruined business.

As always, in such cases there were probably several reasons for the attack. Turkey’s attempt to protect against Russian air strikes cannot be ruled out aviation self-proclaimed Islamic caliphate. After all, the strategic intentions of the terrorists coincide with the goals of Erdogan. The observer of the pro-government publication of Turkey, Yeni Akit Abdurrahman Dilipak, openly spoke about them. In late October, speaking at a conference in Canada hosted by the Justice and Development Party’s campaign headquarters, he said that Turkish President Recep Erdogan, if he won the ruling party in the parliamentary elections, could become the Caliph and leader of the Sunni Muslim world. The condition for this will be a transition to a presidential republic. An attack on a Russian bomber could be a gesture of patronage to the Islamic Sunni world, as he is seen by a graduate of the lyceum of imams-khatyb Recep Erdogan.

After the accomplished attack, the Turkish leaders behaved very militantly. They were triumphantly angry that even a bird would not fly into Turkey without their permission. Promised punishment violators. The Turks favored, albeit indistinct, but with the support of NATO leaders, who hastily gathered a meeting at the ambassadorial level.

At the same time, voices of sober politicians sounded in Europe. Thus, the deputy chairman of the Senate of the Italian Republic, Roberto Calderoli, in connection with the incident with the Russian Su-24 aircraft, accused Turkey of supporting Islamic terrorists. “Turkey today officially entered the war on the side of ISIS,” Calderoli wrote on his Facebook page. (I quote from RIA "News").

Tuesday evening, US President Barack Obama contacted by telephone with the Turkish president. As reported by the Turkish agency Anadolu, referring to Erdogan’s secretariat, “During the discussion of the incident with the downed Russian fighter, it was agreed that all appropriate measures should be taken to prevent the recurrence of such events.”

German Chancellor Angela Merkel also spoke out about this. She demanded that Erdogan defuse the situation. "We must now do everything to avoid escalation," the German television channel Phoenix quotes the Bundeskanzlerin.

The leaders of the Western world made it clear to the Turkish president that they would not support such actions, and Erdogan changed the rhetoric. He stated that Turkey did not know which country the military aircraft belonged to, and did not want such a development of the situation. Erdogan confirmed that Ankara will avoid an escalation of the conflict.

... It seems that this time a hot war can be avoided. There will be pain for the deceased pilot-hero and the persistent feeling that the Turkish fighter fired a rocket not only at the Russian bomber, but also into the future of our interstate relations. They have no prospects for many years now ...

Ctrl Enter
Noticed oshЫbku Highlight text and press. Ctrl + Enter
We are
The attack on the Russian aircraft and the political situation in TurkeySituational analysis of the death of the MH17 flight (Malaysian Boeing 777), made on the basis of engineering analysis from 15.08.2014
Military Reviewin Yandex News
Military Reviewin Google News
89 comments
Information
Dear reader, to leave comments on the publication, you must to register.