November 26 2015
138
People's Deputy of Ukraine, a military pilot of the 1st class, Colonel of the Air Force of Ukraine Yuli Mamchur, who became famous for the solemn march with the flag and anthem of Ukraine in Crimea, decided to make a career as a soothsayer. And he began it with the prediction of the imminent collapse of the Russian fleet in the Crimea, citing the lack of energy supply. 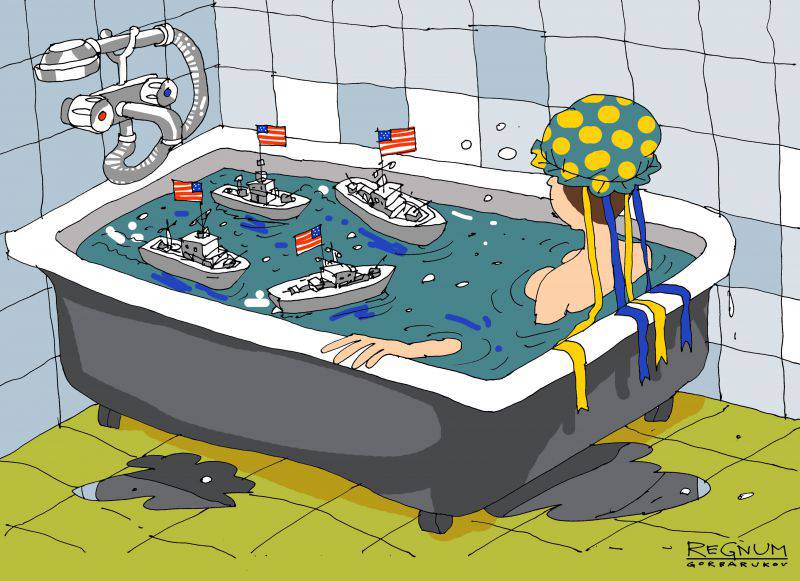 "For the fleet, in the absence of industrial current, only diesel remains. Diesel will not last long, because very expensive electricity is produced. Of course, the lack of energy has a negative effect on the combat readiness of all combat units. Any part has a certain amount of fuel, but if during the week it turns diesel, but it can not spin around the clock, there will be problems. "

As a comment, for starters, I would like to bring the old saying: “Trouble, since the cobbler starts to bake the pies, and the pastryman starts to bake our boots”.

It is difficult to say which diesel engines Mamchur is talking about. Of course, if we keep in mind the diesel engine taken from the Mamchur plane, on which he earned his Khmelnitsky order, then yes. For a long time will not work.

In general, of course, a vivid example of the stupidity of the heads of Ukrainian deputies. Carry any nonsense, if only for the need of the day. Tell me, how much can a pilot be competent in matters of fleet power supply? How much can he judge how long diesel engines can work on mobile power plants? Obviously, a complete zero. However, with full confidence he sentenced the entire fleet to decomposition.

Probably, by analogy with the native.

"Diesel is not enough for a long time." Thoughtfully. How long? At one time, in working out the tasks, I had to hang around for several days in places where the industrial current simply could not be. And the power station on the basis of the good old YMZ-850 rattled non-stop, feeding both the station, the utility block, and the operator. And coping quite myself. For a week it was enough, there was no longer any need.

"Any part has a certain amount of fuel, but if a diesel engine turns during the week, and it cannot turn around the clock, problems will arise." Mr. Mamchur, you will not believe! Even as you can! Moreover, he is OBLIGED to do it, because it is his essence. Problems do sometimes arise. And the biggest of them is the breakdown of the fuel pump. Yes, they were capricious. But then the problem was solved with the help of a pump with a human drive. And they can, if necessary, fill the tank "under the cork." The question is only physical training.

Problems with fuel in the Russian army? Again, apparently, the analogy with the family APU. But, if there is nothing in the Ukrainian army (it would be more correct to say that there is sometimes something there), then this absolutely does not mean that the same is the case in the Russian one.

Well, about the diesels that stand on frigates and submarines and have been working there for weeks, Mamchur, apparently only read in comics. Yes, when the ship is at the quay wall, electricity is supplied to it through a cable from the shore. But in case it suddenly disappears, then nothing will prevent the ship from starting the engines and providing itself with everything necessary. Yes, it is expensive, but not fatal.

Trouble Directly some kind of virus. It affects the cerebral cortex and completely discourages logic. And makes people talk about things that would not be worth undertaking.

Everything will be fine with our fleet. Even if the Ukrainian idiots blow up all power lines leading to the Crimea. And the light will be there, and warm. And readiness.

It is a pity that Colonel Mamchur cannot assess this.