During the repair, the nuclear submarine "Tula" will load the reactor core

November 24 2015
16
In the Zvezdochka Ship Repair Center, the Tula nuclear submarine, which arrived at the plant for repair and modernization, will load the reactor core of the new design, reports MIC with reference to the plant representative Eugene Gladyshev. 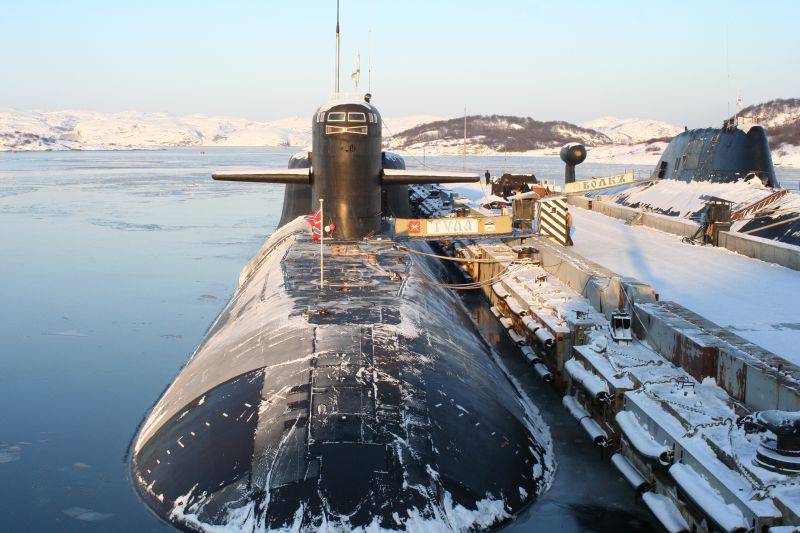 “Already after launching together with OKBM (Experimental Design Bureau of Mechanical Engineering) named after Afrikantov, shipbuilders will have to stories test loading of the reactor core of a new design »- said Gladyshev.

According to him, “the equipment of the steam-turbine and steam-producing installations, navigator and rocket combat units, and radio engineering warheads is mainly to be repaired.”

Gladyshev noted that “in the near future, all the contractual work to repair the bottom-sided fittings and survivability systems will be completed, and the hull structures will be restored.”

In addition, the modernization of the submarine will be carried out. “So, to improve the technical parameters of the nuclear-powered icebreaker, they will replace the small hydroacoustic station, upgrade the towed antenna, install a modernized control system for the reactor operation,” he said.

“Also for the first time on the submarine of this project they will introduce a novelty - a system of information support for the struggle for survivability,” added Gladyshev.

Ctrl Enter
Noticed oshЫbku Highlight text and press. Ctrl + Enter
We are
Day of the navigator service of the Air Force of the Russian Federation
Military Reviewin Yandex News
Military Reviewin Google News
16 comments
Information
Dear reader, to leave comments on the publication, you must sign in.