November 25 2015
53
Maydannaya Ukrainian statehood, I remember, began with the fact that the experts of Western mining companies announced the presence in the depths of Ukraine "huge reserves" of shale hydrocarbons, which will make Ukraine prosperous in all respects European (yes there European - global!) power, not at all dependent on Russia, "exuding imperial ambitions". New oligarchs, who wished to integrate into the Western program, literally exploited the slogans that “shale is our everything” for any reason, and in order to produce shale gas, it is necessary to win an “anti-corruption” victory on the Maidan.


First, an intensive discharge of tons of “diplomatic mail” at the Borispol airport began, and then the tires caught fire, the first casualties began to fall from the bullets of the radicals, the races went with tripled force, the West, of course, made the ideal guarantor of non-compliance with the obligations of the flawed trio Yatsenyuk-Klitschko-Tyagnibok , and the Maidan won ... And as soon as the Maidan won, in Ukraine more often than other (even more often Nuland) names of overseas politicians sounded the name of Hunter Biden, who is not even a politician, but a son of a politician ... And not just a son (Vice-President USA Joseph Biden), and, so too "purely by chance" came out, a person engaged in business in the field of the very slate developments. Accident on Accident ...

I did not have time to smoke the Maidan tires, as for Hunter Biden in Ukraine there was a job, and even in the field of management. Mr. Biden Jr. (and the sizzling anti-corruption struggle in Ukraine tells us that his father simply by definition could not afford to promote his son ...) took the post of board member Burismawhich is engaged in the extraction of hydrocarbons in Ukraine, and paying special attention to precisely “shale” projects. The company itself announced that Hunter Biden will be engaged in promotion to attract foreign investors.

What happened next in Ukraine is well known to all. At one of the sections of the interests of the "shalers", suddenly there were problems in the form of the militia, which somewhat crumpled the plans of the Biden family to extract excess profits from siphoning Ukrainian mineral resources. Biden-dad was beside himself with displeasure, repeatedly flew to Kiev, sat at the head of the table and explained with his fingers to his “wooden soldiers” how to victoriously complete the operation in the Donbass, so that shale gas could be profitable within his son's family business. “Wooden soldiers” listened to the words of the lord and threw to the east new cannon fodder, continuing to simultaneously terrorize the population of both Donbass and Ukraine itself.

But for the family business of Bidens, a terrible thing happened ... When the Ukrainian punitive operation, actively sponsored from overseas, was in full swing, it suddenly turned out that researchers from shale deposits suddenly revised their estimates of hydrocarbon deposits in Ukraine. One after another, shale gas extraction projects began to be curtailed by the world's largest players, including Shell. Poor Hunter, apparently from grief, decided to pump cocaine, which was witnessed by the "enemies of a friend of Ukraine", and Biden Jr. in the USA they even decided to exclude from the reserve of the naval forces, in which he, as it were, consisted In general, the enterprise of the son and father was covered with a copper basin, which clearly reduced the general family interest in what is happening in the “Square”.

While Hunter was sad in the USA, it suddenly became clear that another son of a famous father was sad at a completely different point on the globe. In this case, talking about a man like Bilal Erdogan. And the most interesting thing is that Erdogan Jr., Like Biden Jr., Made the hydrocarbons sad.

First, about the time when Bilal Erdogan did not think to be sad.

Director of the Center for Strategic Conjuncture Ivan Konovalov in an interview with the TV channel LifeNews told that he has information about Bilal Erdogan’s involvement in the implementation of the plan to smuggle oil to the world market through ISIS militants, which allowed Turkey to acquire “black gold” at low prices.

It is reported that Erdogan ml. owns shipping companies that could well be involved in transporting crude oil, for example, to Asian markets. Not long ago, the Lebanese press reported that Turkish tankers were heading towards Japan from the ports of Ceyhan (Turkey) and Beirut (Lebanon). Lebanese journalists suspected that the very smuggled oil was in Turkish tankers, the substantial volumes of which (including) make it possible to keep world prices for hydrocarbons at a very low level (relative to the real demands of the economy).

In January, 2014, Bilal Erdogan was to appear in court to testify in a corruption case in which he himself and “some” representatives of the current leadership of the country were involved. But already in August, Erdogan-papa replaced the post of prime minister for the presidency, and the court, to put it mildly, reduced its activity on the proceedings in that scandalous corruption process. Already, nothing and no one prevented us from following the path of the implementation of plans to accumulate “overworked earned money” through the control of gangs involved in the process of smuggling oil. No, of course, there was one person who tried to interfere - this is Syrian President Bashar Assad. But Assad was declared “progressive” by the West “tyrant and bloodsucker”, and the terrorists were “fighters for freedom and independence,” and therefore Erdogan’s business flourished.

And here - like a bolt from the blue for the family of the Turkish president and, specifically, his son - the Russian VKS are starting to participate in the counter-terrorist operation in Syria. Somewhere somewhere in Bilal sank ... Then the yokes did not stop, especially at those moments when he saw shots published by the Russian Ministry of Defense, in which Russian bombs and missiles destroy hundreds of fuel tankers with smuggled oil, as well as controlled oil refineries. Apparently, Dad could not calmly observe how his precious Bilal was coming to (censorship ...). And now - the event. November 24 Turkish air force interceptors shoot down a Russian Su-24 bomber. Fuel trucks and pocket bearded boys are revenged by the Turks ... 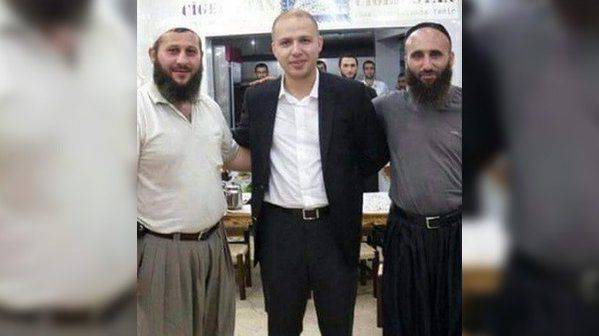 In this regard, a statement by Russian President Vladimir Putin:
We have long fixed the fact that a large amount of smuggled oil goes to the territory of Turkey, hence a large cash supply (LIH). Well, now also blows to our back, blows to planes that are involved in an anti-terrorism operation. This is despite the fact that we signed an agreement with the United States on the prevention of incidents in the sky, while Turkey itself declared that it was allegedly fighting terrorists. If LIH has such money, and the bill goes to tens of billions of dollars from oil trade, plus they have protection from the armed forces of certain states, then it is understandable why they behave so boldly and brazenly, why they kill people in such a brutal way, why commit acts of terrorism in the center of Europe. Today’s event will have very serious consequences for Russian-Turkish relations.

So, we have: the President of the Russian Federation actually confirmed the publication of numerous media outlets that Turkey is one of the main regional accomplices of ISIS, and it was Turkey who was faced with the task of ensuring the possibility of filling the world market with contraband hydrocarbons. Turkey, as an accomplice to terrorism, coped with the task, but here the Russian aviation, and first Bilyal Erdogan cried into his father’s waistcoat, and then the “partners” of Turkey decided that it was time to act, because their coalition was such a coalition ...

You look, also for the financial and "nervous" losses of the Biden family, they suddenly decide to look for options of "compensation" ... Turchinov is already ready for the next series of "checkers bald" ...

Ctrl Enter
Noticed oshЫbku Highlight text and press. Ctrl + Enter
We are
Geopolitical mosaic: the UN adopted a resolution on the ATT, and Russian experts believe that the production of shale hydrocarbons will be balanced at the limit of profitabilityThe United States declares Russia a gas war?
Military Reviewin Yandex News
Military Reviewin Google News
53 comments
Information
Dear reader, to leave comments on the publication, you must to register.