November 24 2015
13
On the territory of Syria, Russian journalists came under fire. The incident occurred near the city of Salma. It is reported that the Russian reporters in three cars were moving toward the liberated Al-Zuayek strategic height some time ago by the Syrian military. 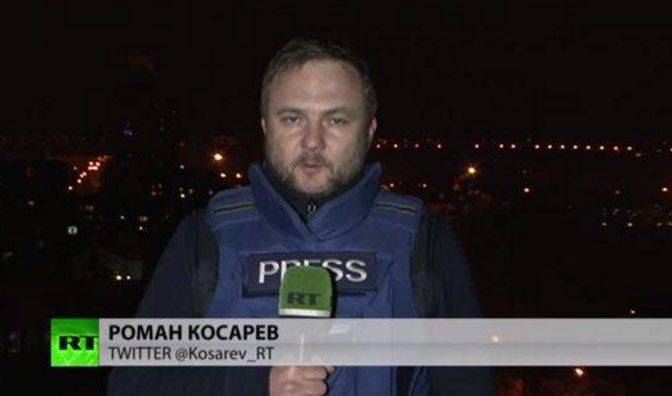 Information Agency TASS reports that the first car managed to slip through, and on the other two militants opened fire with mortars and anti-tank missile systems from Mount Nubi. According to the latest data, as a result of a rupture of an anti-tank missile in the immediate vicinity of the car, employees of the TV channel were injured Russia Today Roman Kosarev and Sargona Khadaya, as well as TASS correspondent Alexander Elistratov.

An anti-tank missile exploded at the car with journalists. RT correspondent Roman Kosarev received a concussion.

RT Chief Editor Margarita Simonyan:
Two of our guys were injured in Syria. They are already safe at the doctors. Hold on cheerfully. Real brave front-line reporters

"Military Review" hopes that Russian journalists who came under fire in Syria, will quickly go on the mend.

Ctrl Enter
Noticed oshЫbku Highlight text and press. Ctrl + Enter
We are
The action “Military service under the contract is your choice!” In Rostov-on-Don: future contract servicemen, exhibitions and “Russian Knights”Reports from the militia of New Russia for 13-14 September 2014 of the year
Military Reviewin Yandex News
Military Reviewin Google News
13 comments
Information
Dear reader, to leave comments on the publication, you must to register.