Dill you my thieving! 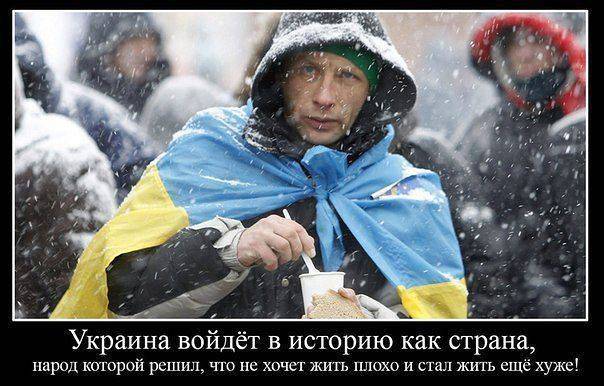 A little bit of humor and a lot of satire. Well, no more than one-fifth of the humor and no less than four-fifths of the truth, i.e. of satire, which is a medical fact, as Ostap Suleiman Berta, Maria Bender-beat, a famous physiognomist and researcher of human souls, used to say. Do not like satire? Put minuses!

Dill. I have every right to call them that. A little less than two years ago, on the battlefields of Military Survey, SRC P-15 and I competed in a brief and complete definition of the realities of Ukraine. And they came to the conclusion that two words embrace a lot: GARDEN and UKROP. With regard to Russia, Kozma Prutkov was right with his “it is impossible to grasp the immensity,” and for modern Ukraine two words are almost enough.

By the way, was there a boy? If it is so easy to characterize a country, is it a real fact? With respect to dill, everything is clear, the plant is unpretentious, like nettle or bindweed, and can grow even with those owners who love freebies. I remember the words of a Jew, in 80-ies, the head of a partner shop in central Ukraine: “You surely tell me what was new in my own, in the Urals,. And then my Ukrainians often after meeting you become a passion as brilliant. I will make you take them as co-authors, as you do in such a case. ”

Now regarding the definition of "steal." They even the name “dill” at the “Military Review” slashed. Yes, and Putin said not so long ago that Ukraine, by all means, honest and dishonest, has heated Russia to 92 billion thalers since 250. And at the end of 90-s it sounded that more than 100 billion they sukropili.

Simply put, spoiled the Ukrainians, who are in the center and in the west of Ukraine. And there and so, geographically and historically, conditions are much better than the average in Russia. And what of the spoiled it turns out? Well, that got thievish dill for our money and with the help of sworn partners.

Yes, I'm angry at ukrov. I will never forget how they interrupted our orders in 90's at the expense of their cheapness because of not even mass, but the complete theft of our gas. As we stood without orders and without money. I will not forget how, in 2013, many in Ukraine suddenly saw the light and saw that Russia was an enemy for them, which had “plundered” Ukraine for centuries, and now they won't live without Russia. Now let them scoop a full spoon. But, I draw your attention to the fact that Ukrainians in the Urals are no different from representatives of other nationalities. The classic confirmation that being determines consciousness.

And now we return to our sheep, as Rabelais used to say. Below are a few jokes that are a concentrated expression of reality. As it should be on the "VO", there is a military theme.

Ukrainian submarine fleet recently tripled. On the roadstead of Odessa, a pleasure boat and an old longboat sunk.

Dill at work received all the delayed salary. I reached the house without any problems by public transport. I went to the entrance, and there the light bulbs shine. I reached the apartment by elevator. In the apartment the wife cooks dinner on the gas stove. Then he understood - the invaders returned.

One dill another: There is no work, zhinka in the Czech Republic a beggar woman, a son in Germany on the farm as a laborer, a daughter in Italy as a prostitute. And all Muscovites. They told us not to meddle in Europe. We knew that we would do the opposite. ”

Ukraine adopted seismic weapon: combat dance "Hto do not jump, that Moskal." Already, only when testing from the Crimea fell off.

- I am from Kiev. In childhood I read about Antarctica. He dreamed of wintering as a polar explorer.
- I am Gazprom. Your dreams will come true.

By virtue of their economic literacy, the Cabinet of Ministers of Ukraine thinks that GDP is related only to Putin, and successfully drives this Ukrainian figure to zero.

Ctrl Enter
Noticed oshЫbku Highlight text and press. Ctrl + Enter
We are
About Dill. UkroSlov (2) №1 with Ivan VictoryAbout Stalin and Khrushchev
99 comments
Information
Dear reader, to leave comments on the publication, you must to register.