France will be broken, but it is too early to bury her 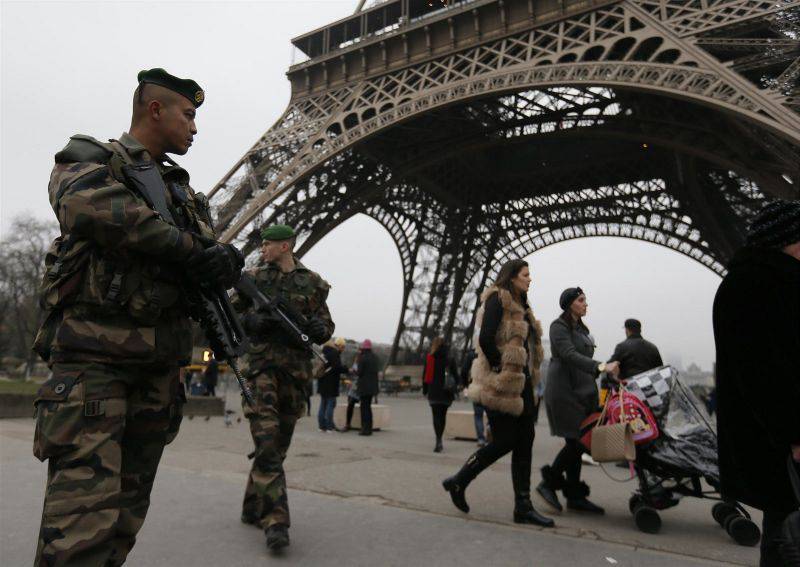 A certain "moskvocentrichnost" thinking of many Russian analysts and publicists causes some surprise. Reactions to the Paris tragedy are torn between "Charly Ebdo" and Syria - and both topics are very close to us. It is worth risking to go upstream and look at the situation not through the scope of the machine gun, but through the prism of accounting calculations. It is cynical, but often helps to see the unsightly essence of things.

It is said that France is now paying the price for too long in the wake of US policy, which consistently turn the Middle East and North Africa into regions that export chaos and instability. It's true. But this is not the whole truth. With a high probability, more than a hundred Frenchmen died yesterday due to the not so long-standing statement of the French Minister Matthias Thecla. let's refresh memory:

“France will refuse to continue negotiations on the Transatlantic Partnership if its wishes are not taken into account; Trade Minister Matthias Thekl said that“ if there is no improvement in the next rounds of negotiations, France will strive to stop the negotiations. ” “in Europe, if France does not want any negotiations, then there will be no such negotiations.” Moreover, the French minister claims that Paris’s position is supported by Berlin. ”

It is clear that for pique vests this statement does not mean anything. To lovers of the principle "We fuck and the whole world is in ruin!" definitely need a show with tank wedges and banging shoes on the UN platform to realize that something is changing in the world. But in fact, this statement is an actual application for a US-independent economic policy. This is an application for refusing to pay tribute and subordinate its economy and the judiciary to American corporations. This is an application for the desire to end one of the two main projects of US economic dominance in the world - the Transatlantic Partnership and the Trans-Pacific Partnership. By the way, the importance of these American projects was completely ignored by the Russian media community until the time when President Putin mentioned them in a speech at the UN Assembly.

For many years, American experts and diplomats working in the European direction have been promoting the idea that Europe should pay the US for security, because Americans are supposedly investing in the security of the European Union without sparing their budget. Examples:first и second.

If you have noticed that this is a typical form of racketeer, then you are absolutely right. This is racket in its pure form, only at the geopolitical level. France and Germany made it clear that they are not very interested in the services of a racketeer named "Uncle Sam." Further developments are easily predictable: it turns out that the United States is beneficial for someone to frighten Europe greatly by staging a bloody show. And further to explain to the frightened Europeans that the only guarantee of security is close cooperation with the United States, as well as payment for the services of NATO, the Pentagon, the NSA and the CIA through opening their markets to US corporations is a matter of technology. Along the way, Russia’s accusations that it destabilized Syria followed, and the support of Assad led to the terrorist attacks in Paris - only a minor offshoot of a well-thought-out scenario.

The most competitive and most profitable market in the world is the market of geopolitical security services. In a sense, our operation in Syria is a massive and very successful PR campaign of Russia, which is ready to take under its umbrella those who want honest and open cooperation. United States CJSC felt the competition and launched a counter-offensive on the PR front. Unfortunately, Americans prefer rather specific promotions.

Now the French establishment will break through the knee, and here you need to understand that if as a result of the attack, the position of the French authorities on all key issues, from the Transatlantic Partnership to the fate of Assad, will remain unchanged, it will be a real victory and a sign of courage. It is impossible not to recognize the courage of the battered and bloody shopkeeper, who still refuses to copy his family’s apartment to the racketeer. I understand that everyone wants the shopkeeper to stab the racketeer with a knife, but in life this rarely happens, although a similar case may still present itself to European politicians. However, they still need to live up to this point.

Confident that Europe has irrevocably and completely "laid down under the United States," I would like to remind you of the confidence with which American analysts proclaimed that "Russia is everything," watching the tragedy in Budennovsk. Then the patriots of Russia had even less reasons for optimism than the patriots of France and Europe now. And it’s just as foolish for Europeans to smear Europeans on the basis of the actions of their politicians and the media, than to think that the Russians in general were delighted with what was happening in the country in 90. Life is more complicated than simple and understandable agitation, working on emotions. Old civilizations with extensive experience in imperial construction do not go so simply from the world stage. stories. This applies to us, and to China, and to Iran, and to Old Europe. Do not rush to bury her.

If Europe fails to finish off with this terrorist act, most likely new ones will follow. This will continue until hotbeds of instability in the Middle East are eliminated. It should be borne in mind that, from the point of view of the United States, terror in Europe carries a serious risk. The more bloody and more terrible will be the bacchanalia in European cities, the worse the tolerant propaganda will work, and the chain reaction in the form of the coming to power of the right and extreme right parties, who see Moscow as a potential ally against the United States, is generally a Washington nightmare.

Obviously, Russian and Chinese diplomats are already working to ensure that the Europeans draw the right conclusions from the current situation. Ignoring the hysteria of the pseudo-patriots in both countries, Moscow and Beijing are stubbornly and consistently promoting the Eurasian economic integration project (New Silk Road, "Europe from Lisbon to Vladivostok") and are working to pull Europe out of the sphere of US influence. The sooner this happens, the faster Europe will become a safe place. Until then, everyone who wants to see the beauty of lovely European cities should choose a trip to Sheregesh, Sochi or Sanya. To see Paris and die is a bad idea for the New Year holidays.

Ctrl Enter
Noticed a mistake Highlight text and press. Ctrl + Enter
We are
Commentary on A. Petrov's interview “Fire and Tactics in the Russian Army: Another Look”The time has come, or we play the net!
17 comments
Information
Dear reader, to leave comments on the publication, you must to register.