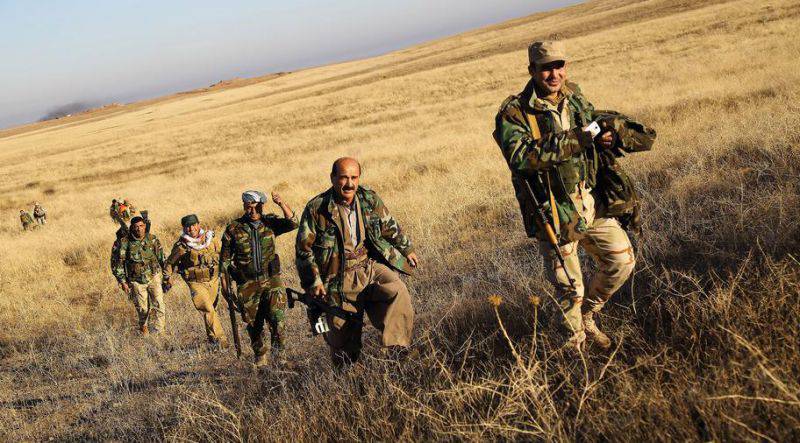 The Security Council unanimously adopted the French version of the resolution on countering terrorism in Syria and Iraq. At first glance, the resolution is correct and necessary. However, this resolution has one serious drawback - in fact, this is permission to invade

In the adopted document, the Security Council asks "UN member states to step up efforts to curb the flow of foreign terrorists to Iraq and Syria and to prevent and suppress the financing of terrorism." In addition, the resolution calls on all countries to fight against IS, Djabhat al-Nusra and other organizations associated with al-Qaeda, as well as "to deprive the terrorists of the safe haven that they (the terrorists) created in large parts of Iraq and Syria."

At first glance, the resolution is correct and necessary. If the IS is proclaimed to be universal evil, if the countries of the “civilized world” are going to create an anti-terrorist coalition, then the Security Council should give the go-ahead to create such a coalition. And his current decision will allow a number of countries to join the fight against the IG - in particular, British Prime Minister David Cameron has already announced his intention to join it. Another advantage of the resolution is the focus not only on the military, but also on the financial and logistical aspects of the problem. Using the clause on “stopping the flow of terrorists”, it is possible to exert serious pressure on the same Turkey, through whose territory the terrorists flow into Syria.

However, this resolution has one serious drawback - it can be interpreted as the approval by the Security Council of foreign intervention in Syria and Iraq. Yes, there is no direct reference to the Seventh Article of the UN Charter (direct authorization of the invasion), but it calls for “depriving terrorists of asylum”, and foreign troops may well execute this order. Interestingly, in the Russian version of the resolution, which preferred the French, this moment was taken into account. In the proposed document, Moscow called for coordination of the fight against terrorists with the states on whose territory this struggle is taking place. The West refused to subscribe to such a call - after all, it would mean not only the legitimation of the regime of Bashar Assad (the US and the EU believe that they already made a huge concession, agreeing that the current Syrian president will remain in power for a transitional period), but also a sharp strengthening of the positions of Moscow. Official Damascus delegated to Russia the right to give the go-ahead for the participation of certain forces in the war against the IS in Syria, and in the event of the adoption of a relevant resolution, Moscow could cut off the dangerous, in its opinion, countries. Now she is deprived of such a possibility. Yes, the Kremlin made it clear that they will continue to try to conduct their resolution through the Security Council, but the chances of success are slim. Especially after the adoption of the French resolution, which seems to have closed the question.

Of course, everything depends on how this resolution will be further implemented. If the collective West, as well as the countries of the Middle East hostile to Bashar al-Assad, consider it only as a formal document adopted for a tick, then the harm from it will be minimal. If this resolution is positioned as a kind of approval and legitimation of the air war against the Islamists, then, in principle, nothing terrible will happen either. Yes, these actions will strike at the legitimacy of the Syrian authorities, but the United States and Europe are still bombing terrorists without asking permission from the government in Damascus. The only real disadvantage may be the increased risks of military clashes between Russian and Western troops (when American or European aircraft decide to bomb the wrong ones, in response to what they risk being shot down by Russian air defense weapons). That is why Moscow is making so much effort to establish coordination between the military departments.

At the same time, it is possible that some states, under certain circumstances, may regard this resolution as a justification for a ground invasion, and start it. It is unlikely that such a step will be decided by the Americans or the Europeans. The White House does not need a new Iraq during the election campaign, besides the Americans are trying to use the forces of the Kurdish militia for a hired operation. The Europeans (in particular, the French) will not go to war in Syria because they had enough of Libya. Recall that the joint operation of European countries against the army of Gaddafi (which has less capabilities than the Syrian militants from the IG) almost ended in failure and political fiasco of the level of the Suez crisis. In addition, all the adequate experts and politicians are aware that the military operation of Western countries will be just a gift for the IG. Radical Islamists will talk about a “new crusade”, and will gather thousands of new recruits under their banners.

But Turkey or Saudi Arabia can decide. Perhaps, Ankara will want to solve the problem of the Syrian Kurds in this way (which can gain wide autonomy in Syria and thereby threaten the territorial integrity of Turkey), and Riyadh will “reset” the situation that is hopeless for him in Syria. Yes, Saudi Arabia already has the Yemen war, yes, they are being held back by the Americans. However, it must be understood that the defeat in Syria (which will be understood as the preservation of the current Syrian regime and the continuation of Damascus’s orientation towards Tehran) will have extremely serious consequences not only for Saudi foreign policy, but also for domestic. And to prevent these consequences, the Saudis can take the most radical steps.