November 23 2015
17
Over the past 24 hours, Afghan security forces destroyed 58 terrorists during the operation, 6 gangsters were detained, reports RIA News Post Ministry of Internal Affairs of Afghanistan. 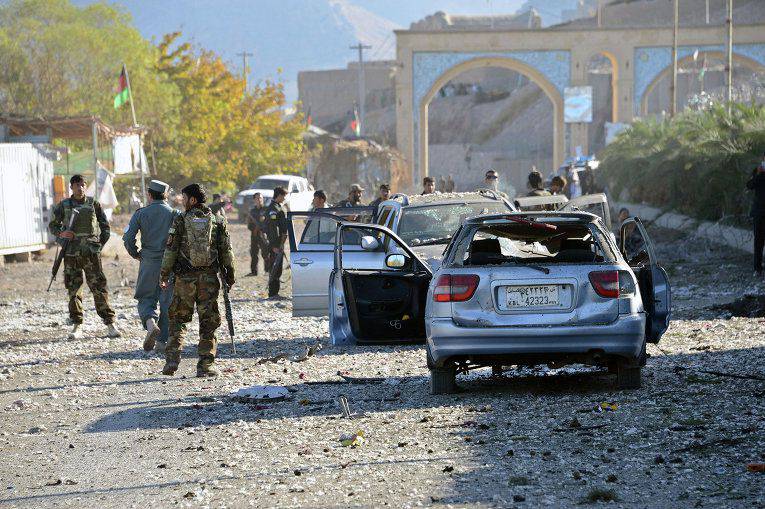 “The antiterrorist operation was carried out simultaneously in the provinces of Nangarhar, Nuristan, Kunduz, Faryab, Jowzjan, Balkh, Kandahar, Paktika, Badghis and Helmand,” the message said. It is noted that during the operation "58 militants destroyed, 10 injured and six detained."

In recent months, the situation in the country has deteriorated significantly. The Taliban formations entrenched in the countryside launched an offensive against the cities. In September, they captured the city of Kunduz, in which, before the outbreak of hostilities, there lived about 300 thousand inhabitants.

Ctrl Enter
Noticed oshЫbku Highlight text and press. Ctrl + Enter
We are
Reports from the militia of New Russia for 28 August 2014 of the yearSyria 28.12.2012 News
Military Reviewin Yandex News
Military Reviewin Google News
17 comments
Information
Dear reader, to leave comments on the publication, you must to register.