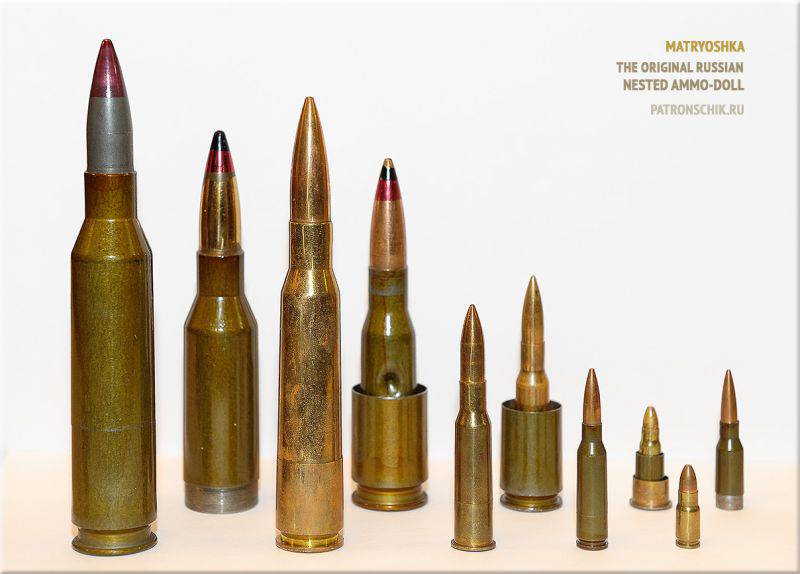 This "cartridge matryoshka" was invented by Vladislav Nikolayevich Dvoryaninov as a kind of souvenir of the brand "TsNIITOCHMASH" around the year 1994. Despite the fact that he was the head of the leading cartridge department in Russia and the USSR. In those difficult times, to put it mildly, for state research institutes, they were forced to desperately look for ways to survive. The director of TsNIITOCHMASH, Alexander Valerianovich Khinikadze, besides the work on the "main" topics, once invited everyone to express any proposals, up to the release of souvenirs. So this idea was born. Prior to its commercial implementation, unfortunately, it did not come. In view of the obvious piquancy of such a souvenir, it looks too much like real live ammunition with all the ensuing consequences ... 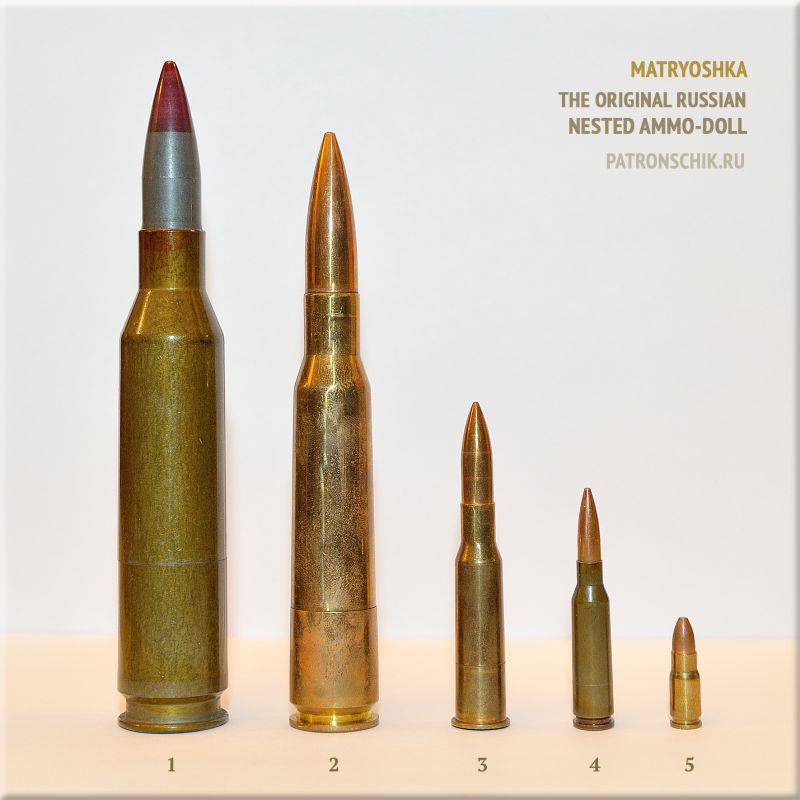 Components matryoshka "elements". When assembled, the matryoshka looks like one (left) cartridge. 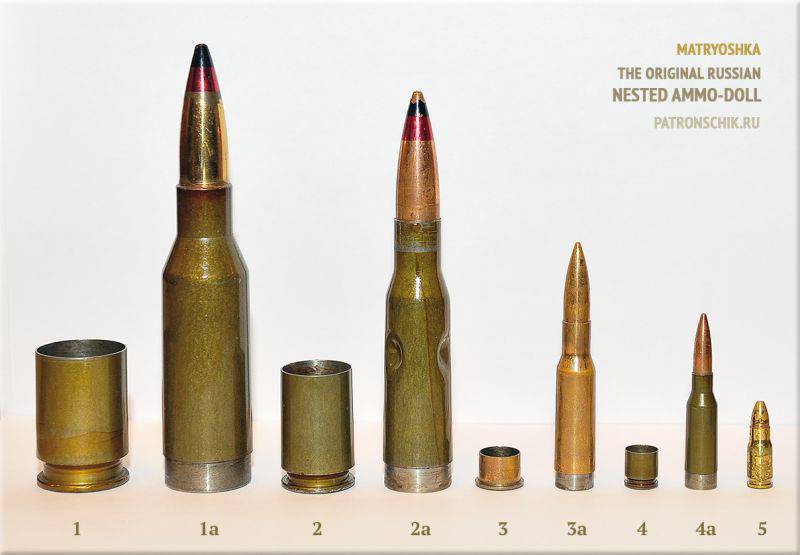 The author of the “cartridge dummy” had a direct and immediate relation to the development of many of them, knowing their dimensions and dimensions well. As it was succeeded to use gracefully for such an unusual composition.
As they say - a talented person - talented in everything ...

They, dolls, still "released" TSNIITOCHMASH very limited batches. As souvenirs for partners, industry friends, VIPs, promotions and other things. And at the beginning of 2000, the author of this idea even won an award for it. In the amount of 1 thousand rubles. 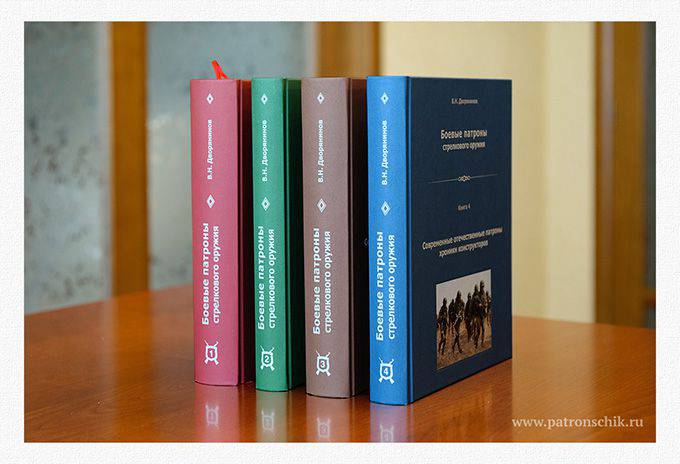 In addition to the matryoshka and 52 years of work as a patron, Vladislav Nikolayevich can be proud of his monumental work - the four-volume monograph "Small Arms of War Guns", which many readers already call "the best work on Russian patrons ever published." Forgetting modesty, add - and not only in Russian. Especially about the Russian and Soviet development.

It is described in detail and professionally. история cartridges from their occurrence to the present day. Much attention is also paid to "related" topics - issues of efficiency, the basics of ballistics, the history of weapons development. For example, the materials of a separate chapter of the fourth book about “Abakan”, in the opinion of readers, “contain more information than all previous information from the Internet and articles taken together.” So it goes...