November 24 2015
57
The arrogance of Pentagon chief Ash Carter in relation to Russia's possible participation in resolving the Syrian crisis is clearly shown by Washington’s intention to prevent Moscow from strengthening its role in the Middle East. So say some American experts. Other analysts point out that the West cannot cope with IS in Syria if it does not cooperate with Russia. 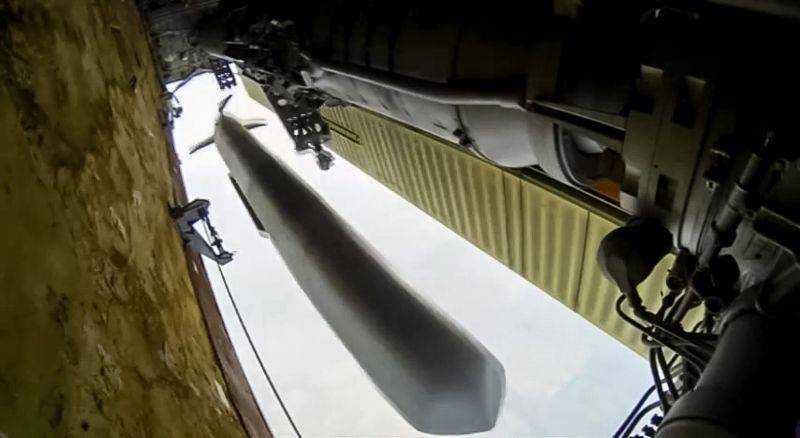 “Arrogant” statements by US Secretary of Defense Ashton Carter about Russia's desire to return peace to Syria underscore Washington’s intention to reduce Russian influence in the Middle East, says an American political analyst.

Mark Glenn told Iranian TV station Press TVthat the statement of the head of the Pentagon shows: the United States intends to use any opportunities in order to negate all the achievements of Russia in Syria.

According to Glenn, Washington has a much longer playing plan for the Middle East, rather than simply removing Syrian President Bashar al-Assad from power.

The channel reminds that last week Ash Carter said: Russia's military campaign against terrorists "Daesh" (the same as "ISIL") in Syria is "deeply mistaken and doomed to failure."

The head of the Pentagon added to this that Russia should adapt to the marches in the general ranks and choose the strategy in Syria, where in the future Assad is not in power.

Carter is silent that Russia began its campaign against terrorist groups in Syria at the end of September at the request of official Damascus.

Glenn believes that since the middle of the 1960s, Americans have been constantly trying to squeeze out Russians from the Middle East. The United States wants to dominate the region as the sole superpower.

The expert says that the US has already managed to limit Russian influence in the region, convincing Egypt and Jordan to sever relations with Moscow. “And the last stronghold, the last place where the Russians will have no influence, is, of course, Syria,” the political scientist notes.

Glenn considers it “established fact” that the United States played a certain (and not the last) role in the formation of terrorist groups in the region, and also supported them. Their task was to “wreak havoc” in Syria.

In a British newspaper «The Independent» Noah Sin recalls how scared the "shocking events in Paris" of politicians at the international level. Were exposed and serious differences between Russia, China and the West. The war on terror failed, and the reason for this is simple: it (the war) "has never been truly global." It's time to change the strategy!

When Washington declared a “global” war on terror in 2001, no one could have imagined that just two years later, America was isolating itself — with the war in Iraq (2003). Saddam had no weapons mass destruction, but that's not the point. That year there was an "unprecedented rejection of the post-cold war," as well as the "American leadership." Do not believe? But France and Germany, and, more importantly, China and Russia, all of them "refused to follow Washington, which fell into a political minefield," the author believes.

Since then, the American leadership in the world has been only "partial." His "incompleteness" is demonstrated by the so-called coalition against the "IS". Neither Russia nor China is participating in the latter. True, Russia itself is fighting the militants from IG; Noah Xin writes about "Putin's late intervention" in October, undertaken to "save Assad."

Meanwhile, Xi Jinping at the G20 summit in Turkey criticized the “double standards” of the West. Having condemned IG, the Chinese leader said that Western governments should support him in the fight against Uighur militants in China - just like they are fighting against IG.

The problems in Xinjiang are more likely to concern separatism than international terrorism, Noah Sin notes, but IG militants captured Chinese citizens as well. As a result, China is now on the same side of the ideological struggle with the West - and this happens for the first time since the Second World War.

The position of Comrade C represents an opportunity to bring East and West closer, the author of the material believes.

Nothing complicated: China strikes at IG, the West, in response, acknowledges its anti-terrorism measures inside the country (in the Xinjiang Uygur Autonomous Region), Russia agrees to a political transition in Damascus. Probable outcome: the “global” war on terror will in fact become global and put an end to the IS and its “deadly ideology.”

The parties must remember: such a general strategy "will require compromise." Western governments love to “shy away” from something. This time it will not work: the recent militant attacks in Paris, Beirut and Sinai showed how terrible the terrorists are.

So, let me add, the West, Russia and China can unite (at least temporarily) a common fearful enemy. The war against terrorists must be fought on a global scale. And it is time to stop dividing terrorists into “bad” and “good” and to think in the spirit of “double standards”. Otherwise, to win "IG" will not succeed. Will this be understood in Washington?