November 23 2015
72
Four former US Air Force drones specialists wrote an open letter to Barack Obama, Ashton Carter and John Brennan. From the president, the minister of defense and the head of the CIA, four demanded that the program of drones be closed, since airstrikes only push people towards terrorism. Congressman Dana Rohrabacher, meanwhile, angrily writes that now that Russian planes are bombing IG positions, officials in Washington are not getting tired of “finding fault with Russians.” How dare they? After all, Russians are killing those who are ready to kill Americans! 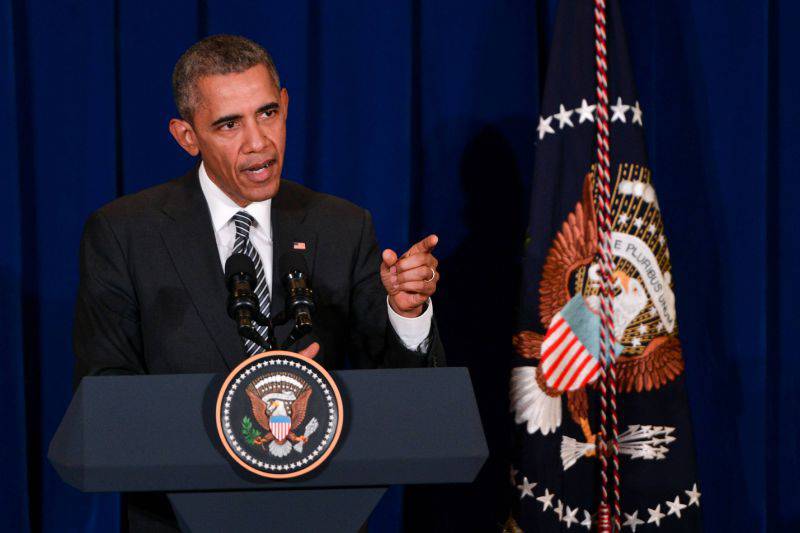 Barack Obama, do you encourage terrorism?

The four former US drone pilots ("Vier ehemalige US-Drohnenpiloten"), who for many years led aircraft in deadly attacks against alleged terrorists in Iraq and Afghanistan, are now dissatisfied with the drone policy. They wrote an open letter in which they rightly criticized the "unmanned war." The letter was published by the German newspaper. «Die Zeit».

The document with four signatures is addressed to US President Barack Obama, Secretary of Defense Ashton Carter and CIA Director John Brennan. Document Date: 18 November 2015 of the year.

In the letter, the ex-operators of the UAV called the massacres through the use of drones "the kind of program for recruiting new terrorists." The authors compared the long-term implications of the drone program and the disastrous consequences of the inhuman torture practices allowed by the Americans in the Guantanamo military prison.

The four retirees of the United States Air Force are bitterly reminded that at one time they all joined the ranks of the air forces of the homeland for the sake of "protecting the lives of Americans and the constitution." However, as time went on, it became clear to the pilot-operators: the facts of the killing of innocent civilians only nourish the hatred and push people to become imbued with ideas of terrorism, to enter groups like “IG”. In essence, strikes from a UAV are a “recruitment tool.”

The current and previous governments "created a UAV program that has become one of the most destructive motives for terrorism and destabilization in the world," the authors say.

All four complain of post-traumatic stress (“Jeder Einzelne von uns entwickelte eine posttraumatische Belastungsstörung ...”). The mental disorders of the operators manifested themselves when they finally realized how much the program of drones, in which they actively participated, contributes to the killing of innocent people. The servicemen realized their role in this nightmare, in this “systematic destruction”.

Perhaps the Obama peacemaker government somehow helped these soldiers recover from post-traumatic stress? No, the retirees were not needed by anyone.

The government, "to which we have given so much," four write, "dismissed us without proper medical care, without access to a reliable health care system." Money also did not support them. Others were even "homeless" (no clarification).

Criticized the authors of the letter and the "abuse of power" by American leaders. According to them, the US authorities "publicly lied" about the effectiveness of the drones program.

Former UAV operators do not want to be silent at the time when the explosions rocked Paris. And they cannot forget the “devastating consequences" that the UAV program has caused. To be silent, they say, would be to break the oath, which the former military "vowed to support and protect the constitution."

Meanwhile, Republican Congressman Dana Rohrabacher says that now that Russian planes are bombing IG positions, officials in Washington are not tired of “finding fault with Russians.” But how is this so? After all, the Russian today are killing those who are ready to kill the Americans!

Rohrabacher and some of his colleagues in Congress are seriously worried about something. Other officials for some reason believe that the terrorist threat of the IS, which also concerns possible attacks against the Americans, is considered a secondary one. It's amazing; what is "primary"?

It turns out that the first thing these "officials" are planning to "save Syria from the odious Assad." Assad they call the "mass murderer." And when it is finished with him, you can do and "IG".

According to Rohrabacher, this approach, to put it mildly, does not take into account an emergency. The congressman believes that the ideologists of this approach lack “strategic thinking”.

“I apologize,” the congressman writes bluntly, “but our enemy, No. XXUMX, is not Assad. This is “ISIS”, better known in the Middle East as “Daesh”, and we must urgently focus on these enemies of our civilization and enter into partnership with those who share an interest in the destruction of these scoundrels. ”

Washington should now forget about Assad. The target is the terrorists, this is the death machine that is ready to destroy the Americans.

The actions of the Russians, who are now beating "IG", are what they need. Why are American decision-makers “nagging” Russians? “After all, the Russians,” wrote the congressman, “kill those who are ready to kill us?”

Washington thinks that “cunning Putin” has prepared “traps” for the United States. What traps, no one knows.

Americans should "review their theses," the author is sure. We can not allow the emergence of "another Benghazi in the sands of Syria."

Publicist Paul Craig Roberts believes that Washington has replaced the “stick” against Russia with “cunning”.

Washington finally understood: threats and coercion do not act on Russia. Moreover, all American threats against Russia led to the opposite result: Putin received “astronomical” public support. All Russia has united, realizing the hostile intentions of the West. Paul Craig Roberts believes Washington’s threat policy has failed.

Therefore, the White House refused it. Moreover, Washington has even seen the possibility of cooperation, because Russia wants to fight with the West against IG. But here Russian awaits American perfidy.

Realizing that deceit can be more effective than strikes, the West is moving "in the direction of drawing Russia into the Western system, proposing to create a coalition against IG," the publicist said. But as soon as Moscow becomes part of such a coalition, it will lose control over it. In fact, this whole coalition is the strategy of Washington to counter the initiative that Russia has shown in Syria. And if the Kremlin agrees to join the coalition, it will have to “make compromises,” Roberts believes. Putin will be told that Russia can fight against IG, but Russia “must give the fate of Assad to the hands of the West.” If Putin refuses the proposal, the Western media will accuse him of unwillingness to fight with IG.

Russia was in a difficult position, because getting rid of the "IG" for it is far more important for her than keeping Assad in power in Syria. After all, jihadists can create over time a base for exporting unrest to the Muslim regions of the Russian Federation.

Washington, we will add on our own, considering Putin to be “cunning”, he himself displays a fair amount of “cunning”. What cunning is not P. Roberts' invention proves the West’s desire to extend sanctions against Russia until July of the 2016 year. This was agreed at the G20 summit in Antalya by US President Barack Obama, German Chancellor Angela Merkel, British Prime Minister David Cameron, Italian Prime Minister Matteo Renzi and French Foreign Minister Laurent Fabius, who represented the state instead of F. Hollande. Sad as it is to celebrate, but the French government, despite the blood in Paris, is being led by the White House.