November 23 2015
61
The mysterious radio station from Russia, which received the unofficial nickname "Hummer", has continued to alarm the minds of western inhabitants for decades, now and then getting into the pages of various media. She also fell in love with conspiracy theories. According to the German newspaper Bild, some believe that this radio station is used to transmit messages to the Russian intelligence network abroad, others consider it to be part of the Perimeter system created in case of a nuclear war, and still others are ready to believe that “ The buzzer ”(the Buzzer) is used for contact with aliens. As they say, who in that much.


According to German journalist Ingrid Ragard, the mysterious Russian radio station UVB-76 has been known since 1980's. It broadcasts daily on the same frequency (4625 kHz) repeated buzzing sound, which is occasionally interrupted by reading the "mysterious messages". Because of its peculiar sound in the air station and got its informal nickname. According to Ingrid Ragard, before 2010, the radio signal was transmitted from the village of Povarovo, located on the territory of the Moscow region.

It is worth noting that currently 624 is the transmitting radio center of the 1 communications center of the Russian Defense Ministry, which was located in Povarovo, 19 kilometers from Moscow, completely abandoned and not used by the military. Like many former military facilities on the territory of Russia, now it is of interest only for lovers of excursions to such abandoned objects, ideally suited for shooting a film like “Stalker”. With photos that indicate the current state of the 624 radio transmitter center, today everyone can get acquainted on the Internet, they are in the mass blogging. But with the termination of the 624-th transmitting radio center 1-th communication center GSH MO signal has not gone away. 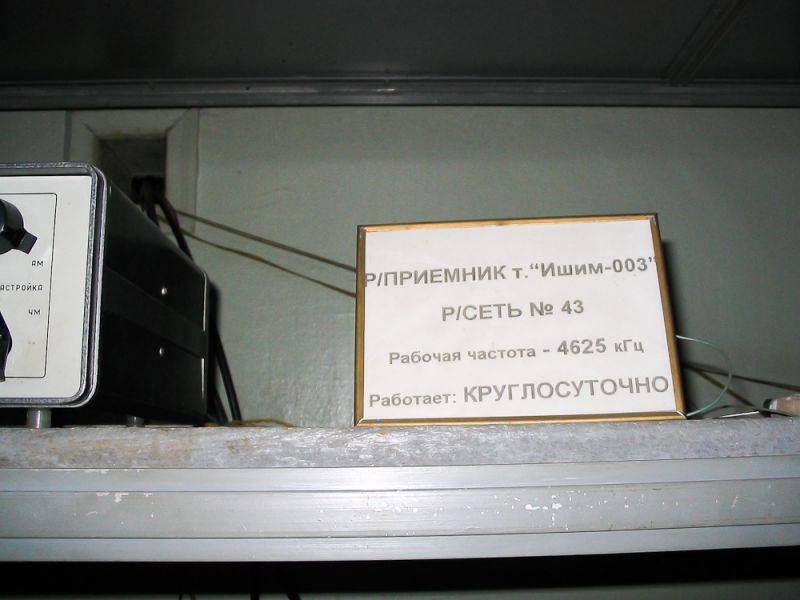 According to information from open sources, today broadcasting continues. To create a sustainable coverage in the entire Western Military District of Russia, at least two signal transmitters are used. One of them is located in Naro-Fominsk - the transmitting radio center of the 69 communication center of the Ministry of Defense of the Russian Federation, and in Kerro, on the territory of the Leningrad region - the transmitting radio center of the 60 communication center "Vulkan" of the Defense Ministry of the Russian Federation. According to other sources, at present, the broadcast of the “Hummer” is no longer carried out from Kerro, but directly from St. Petersburg from Palace Square, 10, where the Joint Strategic Command of the Western Military District is located. Information about the open tender for repairs and maintenance of the antenna field of the PRNC 60 antenna field located at St. Petersburg, Palace Square, 10, is freely available.

It is worth noting that the mysterious radio station, which in practice is not so mysterious, has been broadcasting for more than 30 years (presumably, broadcasting began at the end of 1970's) on the same frequency. Since the station was discovered by radio amateurs, it constantly broadcasts a buzz. However, it periodically stops, and the voice in Russian reads certain messages - a mixture of numbers, Russian words or names. The first call sign of this shortwave radio station was UVB-76. The earliest available UVB-76 broadcast record dates back to 1982. For at least a decade before 1992, this station broadcast practically only sound signals, occasionally switching to buzzing buzzer signals lasting about a second, transmitted in tempo from 21 to 34 per minute. These signals were somewhat reminiscent of the sounds of a ship's siren, heard on the air filled with clicking sounds.

According to Bild, many “fans” of the radio station, and over the years of its existence, radio amateurs from almost all over the world showed interest in it, and were intrigued by the “inexplicable disruption” of the station's monotonous radio signal. For example, 5 July 2010, the signal of the radio station completely disappeared from the radio, and the next day appeared again. 2 September 2010 of the “Hummer” signal again disappeared for several days now, and after the resumption of broadcasting, it began with an excerpt from the ballet of Pyotr Ilyich Tchaikovsky “Swan Lake”. As the German journalist Ingrid Ragard noted, the Russian “Hummer” broadcasts its 23 hour of 10 minutes a day. The station pauses daily from 07: 00 to 07: 50 in the morning. In this case, the usually monotonous humming noise sounds 25 once a minute. Radio amateurs who are interested in the station note that it is not the same recording that is being played, since in the background you can often hear snippets of conversations in Russian and other “ordinary service noises”. 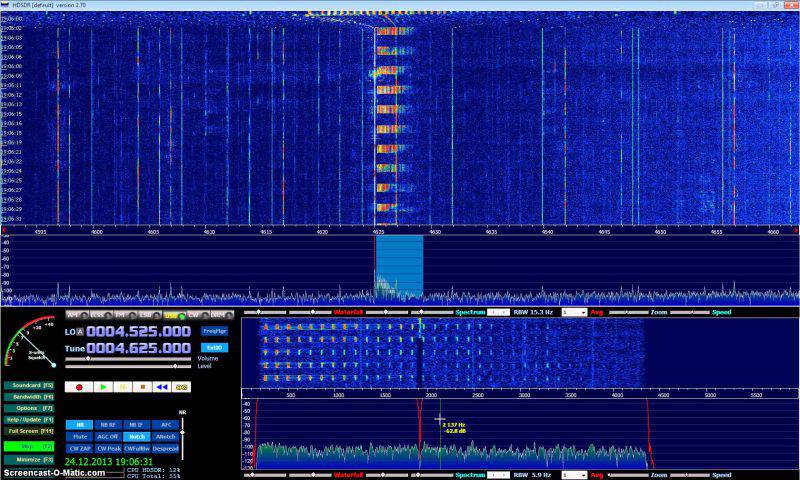 Humming noise is often interrupted by reading out some signals representing a set of letters and numbers. For example, 24 January 2001 of the year 17: 25 transmitted the following information - 07 526 SLIDING 18 47 27 96. The meaning of this kind of message, of course, remains incomprehensible to the townsfolk. At the same time, journalists, especially Western ones, are ready to invent many explanations for them. So, in the Bild believe that perhaps this is the message for Russian spies who are abroad. Also, a constant background noise can play another role, for example, being an element of the Perimeter system, also called “Dead Hand”. This system, created back in the years of the Cold War, provides for the possibility of an automatic retaliatory nuclear strike in the event of an attack on Russia. The German journalist suggested that at that moment, when the station’s broadcasting would cease, a mechanism for delivering a nuclear retaliatory strike would be activated, the notorious “red button” was pressed. And according to the version of conspiracy theories or conspiracy theories, the radio station is used to "brainwash citizens of Russia" or "to establish contact with representatives of extraterrestrial civilizations." At the same time, the author of the article Bild emphasized that over the past decades many people tried to decipher the alphanumeric messages transmitted by the “buzzer”, but no one was able to do it.

The fact that the signal could not be deciphered by anyone is easily explained. The Russian military are transmitting through a communication and alert system in the form of code words (MONOLITES), monoliths are just words that are constantly changing. At the same time, the same monolith at different times may have completely different meanings. MONOLITH can only be a code word on an envelope lying in the safe of the commander of a particular unit.

It is worth noting that the radio station, which in the Western media, and in some Russian, often like to be a hero of various “high-profile” articles, is quite well known and studied by radio amateurs. Plots about it were published both on the “Russia” channel and on the Russia Today channel. A large number of sites around the world are devoted to it, and Wikipedia has a separate article dedicated to the station. This radio station is not exactly classified as secret. 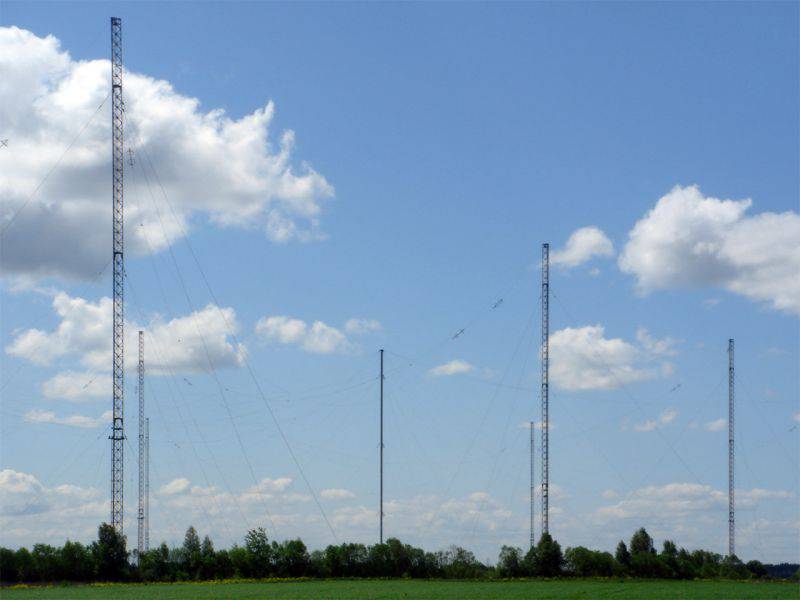 UVB-76 is a shortwave radio station that broadcasts at a frequency of 4625 kHz, it transmits signals to receivers with the call sign MJBB (formerly UVB-76), according to the classification of the Internet resource ENIGMA2000 station was assigned the number S28. The station’s designation, according to information on Wikipedia, is banally simple — it is an alert station (reserved for communications in case of cataclysms and civil defense activities), in peacetime, the station is used as a link for Russian military enlistment offices. Among radio amateurs around the world known as the "Hummer" (English The Buzzer). In normal operation, the station broadcasts a channel marker in the form of repeated buzzing sounds. For the period of transmission of various radiograms the marker is turned off. The radiograms themselves (signals) are transmitted using the phonetic alphabet and are the so-called "monoliths" (control signals of the army of the Russian Federation). The station is being watched on air, at least since the beginning of the 1980s. Until September, 2010, when the military district system was reformed in Russia, the station transmitted voice radiograms for recipients with the call sign UZB-76 (the supposed circular call sign of the Moscow Military District - Moscow Military District). Since September 2010, the new callsign MJB has been applied (circular call sign of the Western Military District).