November 23 2015
15
Last week there was information that on the sidelines of the G20 summit representatives of the delegations of the European Union, of course, in close contact with US President Barack Obama, expressed a “wish” to extend anti-Russian sanctions. Deutsche Welle reports that for extending the economic restrictions on the Russian Federation for at least six months at a time, in addition to the main "friend" of the Russian Federation, they have said: British Prime Minister Cameron, Italian Prime Minister Renzi, German Chancellor Merkel, and, most interestingly, French Foreign Minister Fabius, who reportedly voiced the position of President Hollande.


In general, the European logic, it is so European, which includes attempts to coordinate with Russia in the course of the counter-terrorist operation in Syria and at the same time with all its forces to put pressure on Russia in the way that the “friends” from the United States, who are themselves the leading sponsor international terrorism. It’s no joke to say that the UN Security Council only recently approved a resolution on combating the Islamic State terrorist group ... Yes, it was, probably, only because France was the author of the draft resolution. Recall that before that Russia had taken such initiatives repeatedly, but in the Security Council, in France itself, whose authorities continue to demonstrate a truly shrill dependence on the authorities of a completely different state, every time there were reasons why the antiterrorist resolution was not supported. Rumbled in Paris - immediately supported ...

When journalists tried to find out from politicians - supporters of the idea of ​​extending anti-Russian prohibitive measures, they say, how is it, Russia is fighting international terrorism, and the West is again extending economic and political sanctions, actually building barriers for the same counter-terrorist struggle, Ms. Merkel:

Interaction with Russia in the resolution of other conflict situations will not change anything in the matter of the sanctions. Their (sanctions) easing directly depends on the successes on the way to completing the bloody actions in the Donbas. And, most importantly, with the full implementation of the Minsk agreements.

It looks like this: help us fight terrorism, which some of us have spawned and because of which we can’t quietly leave our own houses, but we’re not going to help you, and we’re not even going to interfere , since your neighbor is crazy, and our crazy ... The same Hollande, who after the Paris attacks at all corners began to shout about coordinating actions with Russia, once again clicked on the nose overseas "uncle", and went into the usual mode rag doll, the movements of which are due to moving living hands of the leading artist of the puppet theater ... 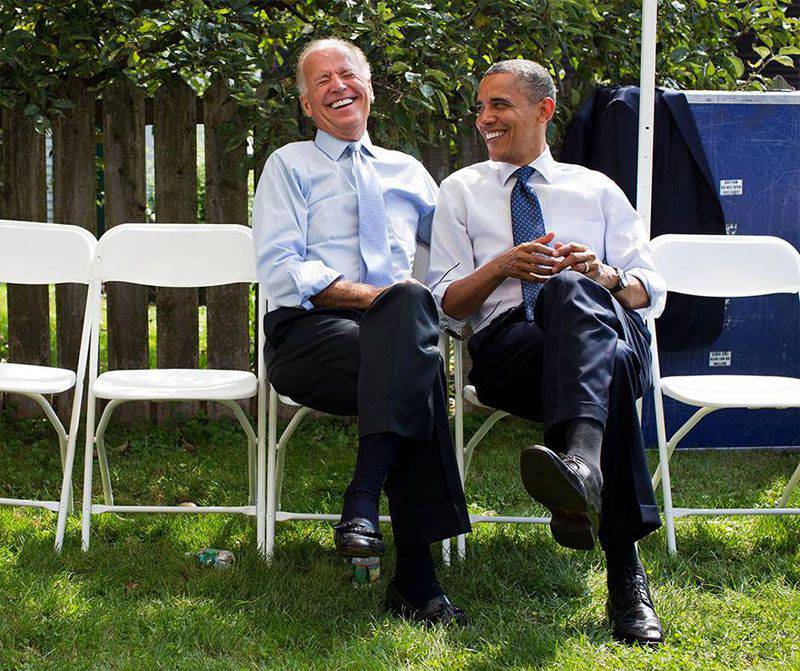 If, as they say, dig deeper into the essence of the claims, it turns out to be a “cinema”. Russia is being offered some kind of “more effective” anti-terrorist coalitions against the background of extending sanctions for rejecting the actual terrorist policy of a neighboring state. What, in fact, distinguishes the "activists" of the neighboring state from the very ghouls from the IG or "Dzhebhat al-Nusra"? A certain comparison can be made in order to understand that both are “anointed” with the same hand.

Some, before committing a crime (or having already committed it), hide behind a perverted reincarnation of religious ideas and shout “Allah Akbar!”; others try to hide behind a no less perverse understanding of patriotism, shouting "Glory to Ukraine!"

Some cut their heads, crush tankseat in front of the cameras of the heart; others burn in the House of Trade Unions, crush tanks, ostentatiously "bite" fragments of the bodies of dead opponents.

Some in a frenzy of intoxication turn the resorts of Egypt into a desolate desert; others are trying to make electricity supply deserted resorts of the Crimea.

Some jump on the bones of those who are tortured and killed with weapons in hand; others jump ... and not only on the bones of those who were tortured and killed.
Some launch into the sky ... inflated condoms to counter the "Russian aggression"; others build ... a fence and dig a hole (for whom?).
Some have leaders sitting across the ocean; other leaders sit overseas.

One weapon is dropped from the air, others are officially supplied.

Perhaps the only difference is that some can afford to fill Europe without documents and visas, while others are waiting for the abolition of the visa regime ...

This is all to the fact that lately one often hears how the Western position towards Russia has become closer and how the Parisian tragedy supposedly rallied the Europeans with the Russians against the background of the terrorist attack in the sky over Sinai. Who will let these Europeans, who have long lost their understanding of real independence, unite ...

Ctrl Enter
Noticed oshЫbku Highlight text and press. Ctrl + Enter
We are
Situational analysis of the death of the MH17 flight (Malaysian Boeing 777), made on the basis of engineering analysis from 15.08.2014Syria: Americans scare themselves, and Asma Asad buys chairs
Military Reviewin Yandex News
Military Reviewin Google News
15 comments
Information
Dear reader, to leave comments on the publication, you must to register.