What is worse than LIH?

November 26 2015
38
By itself, terrorism is not only illegal and immoral, it still does not make sense, since under normal conditions it almost never achieves any stated goals. It so happened that even an underdeveloped state can be more terrible than any terrorist, not to mention the enormous difference in resources. However, terrorism is a direct challenge to the country's ruling elite. In a stable system, citizens fear only the punitive organs of the state machine. Massive terrorism makes people fear someone else besides the state, and this is an attempt at a monopoly to instill fear. Therefore, terrorism or any attempt to punish it is punished with the utmost cruelty by any competent state. 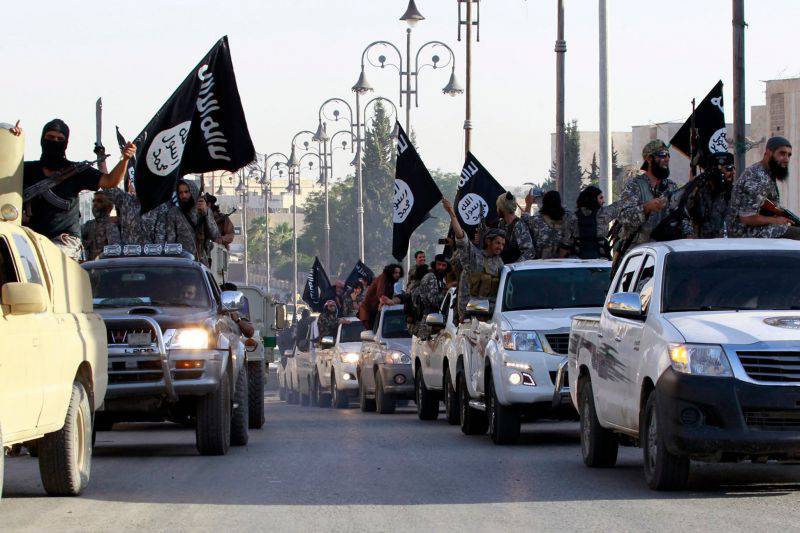 Thus, frequent attacks undermine the credibility of the current regime and may, in conjunction with other circumstances, lead to its change. And, as often happens, elements of the structures that used to engage in terrorism can come to power.

Recently, the media have talked a lot about the growing popularity of ISIS in the West and in Russia, but almost nothing is said about the guilt of the states themselves in the voluntary or involuntary cultivation of radicalism. In the conditions of stagnant systems and collapsed social elevators, the younger generation finds itself in a ring of severe prohibitions: it is impossible, it is impossible, then don’t do it, don’t say it ...

Young people, and not only Muslims, are offered life on a grooved rut, gray and colorless, where, at best, the brave man is expected at best by a social-bourgeois reprimand, at worst a criminal article - and not even for a specific act, but for expressing an opinion that is different from what is permitted.

ISIS offers an alternative. Crazy and savage, but an alternative. After all, the meaning of the ideology of ISIL is not in cutting off heads — it is only a means of establishing control over the conquered territories. The meaning is in general equality, through the establishment of a strict Islamist regime. The truth, in contrast to, say, communism, which provided for equality for all, ISIS declares it only for Sunni Muslims. The rest are subject to physical extermination or slavery. This ISIS fell into its own trap, pre-identifying themselves as the enemy of the rest of humanity. If ISIS remains on the map and is recognized by members of the international community, then in the end it is waiting for the same path that all such states have followed, forcibly arisen on ideas of universal equality. After the establishment of the new government, the most odious and ideological part of the militants, they are romantics, revolutionaries, will be exterminated. The new authorities will establish the same system of inequality that existed before them, but this time the “right people” will be on top. The Islamists who have avoided repression will begin to grumble about the “betrayal of the ideas of jihad,” but quietly, for such words can be paid with your head. As a result, we get almost a clone of Saudi Arabia, but without the monarchy.

But the emergence of such a phenomenon as the IG is only the beginning, a precursor of big changes. Radicalism originated in the Muslim environment, sooner or later, will capture the minds of the traditional European population. Since the punishments for “mental crime” in Europe, Russia and the United States have already become equal punishments for violent crimes (which should not be in a normal society by definition), the abstract young man is tempted not to waste time on words and go straight to radical actions. Since the ideology of ISIS is suitable only for certain categories of Muslims, the white population will have its own radical trends. Most likely, their ideology will be extreme nationalism, and possibly anarchism.

In Russia, all this is superimposed on the national humiliation in the international arena. Although citizens of several countries died in the autumn terrorist attacks, only the French suddenly turned out to be worthy of crying in the world media. So the citizens of Russia, not to mention the Lebanese, once again made it clear that they are not considered people. Only Egypt symbolically placed on the pyramid a projection of all three flags: Russian, Lebanese and French.

Well, for us, ordinary Russians, who do not have property in London and accounts in Switzerland, there is no point in cringing to Paris and going on the marches "We are Charlie too," like some of our prominent figures. We can honestly talk about what we really think, even if some liberal subjects call it blasphemy and mockery. We are free, or at least we are fighting for freedom, the remnants of which we are trying to take away from us. We have the right not to consider those who do not consider us to be people. It does not matter, the Islamists are LIH or "European partners."

Of course, ISIS is terrible in and of itself. But the seeds of evil never germinate without fertile soil. And we have such a soil, alas, plenty. But if the idea of ​​universal justice is dangerous for a regime that supports oppression, the emergence of several alternative ideologies of such justice is dangerous for the very existence of the country. Socialism was able to unite most of the former Russian Empire into one state because it could be attractive for representatives of different nations, and not at all because someone had been won by the Red Army. At least two alternative revolutionary projects are currently being planned on the territory of Russia: Islamist and Russian-nationalist. The authorities are trying to fight both of them, but this battle is doomed to failure as long as the ruling circles have no moral authority or at least an elementary vision of the future that could be presented to the population. And everything can end with the fact that two completely different revolutionary projects will simply split the country into parts, and for the sins of the rulers again will have to pay ordinary people.

Ctrl Enter
Noticed oshЫbku Highlight text and press. Ctrl + Enter
We are
Bashar al-Assad: In Syria, not the “revolution” that the enemies are talking about, but the revolution of the army and the people against terroristsThe fight against terrorism. An inside look (blog of Ingushetia special forces)
38 comments
Information
Dear reader, to leave comments on the publication, you must to register.