RTO on the protection of Russian industry 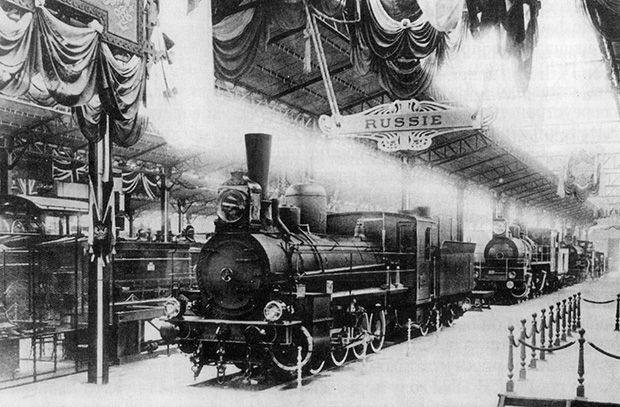 The experience of import substitution in the XIX century

The middle of the XIX century was the time of the scientific-technical and industrial revolution, steam engines and steam locomotives were rapidly entering the life of mankind. Russia tried to prevent a significant lag from the most developed countries of Western Europe - in our country there was a massive construction of railways, factories and factories were equipped with machines driven by a steam engine.

And although Russian scientists were often ahead of their Western colleagues, Russian industry lagged behind European competitors. For a long time most of the steam engines and locomotives were purchased outside of Russia. Especially such imports grew by the middle of the XIX century. If in 1831 – 1840 was purchased abroad machines in the amount of 6,9 million rubles., then in the next decade - already on 16,6 million rubles. And in 1850 – 1860. - at 48 million rubles, while domestically and for the same decade steam engines and locomotives produced only 6,5 million rubles.

The now popular term “import substitution” did not exist yet, but Russia's best minds recognized the need to support domestic industry, which worked under severe pressure from foreign competition. The Imperial Russian Technical Society (IRTO), created in 1866, has come to the forefront of protecting our economy. It was for the first time that its members analyzed and raised the question of the need to introduce customs duties on foreign machines and mechanisms in order to support domestic engineering.

For the first time, this issue was studied at a serious scientific level at a meeting of the 2 Division of the Institute of Technical Information of 18 in March of 1867. He was called "the department of mechanics and mechanical technology," headed by Ivan Alekseevich Vyshnegradsky, then a professor of mechanics at the St. Petersburg Institute of Technology. In Russian history Vyshnegradsky will rightfully enter as the creator of the national scientific school of mechanical engineers.

The theme of the meeting of IRTO from 18 in March 1867 of the year was formulated as follows: “On measures to raise the engineering industry in Russia and to the development of our mechanical plants.” The keynote speaker was Ludwig Nobel, then a young 36-year-old engineer and entrepreneur. Born in Sweden, he grew up in Russia, owned a machine-building plant in St. Petersburg and was genuinely concerned about the pressure of Western competition on Russian industry.

Ludwig Nobel formulated his goals at this meeting of the IRTO as follows: “In Russia, where railways are being built and where the demand for railcars, locomotives and other machines is becoming more and more significant, their production could become one of the most important industries and increase the productivity of our metallurgical plants ”(“ Notes of the Russian Technical Society ”, 1867 year, issue II). 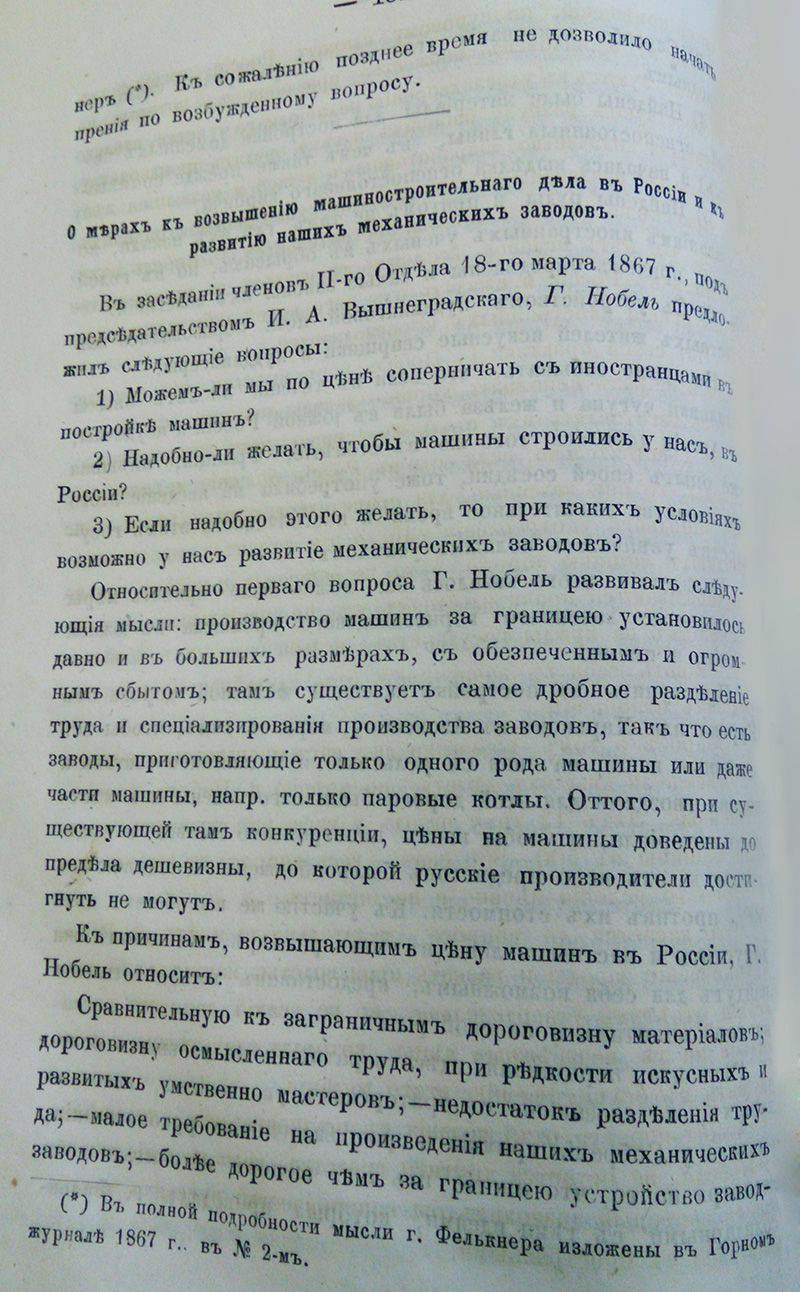 “Foreigners who exploit Russia in this regard,” Nobel said, “if they can, then they are trying to destroy our factories that could represent the smallest rivalry in the production of cars.”

Indeed, at that time, imported cars significantly exceeded those produced in Russia. So, on 1867 year, the first in our country publicly available Tsarskoye Selo railway used 16 locomotives, of which only 2 were built in Russia, the rest in England, Belgium and Germany.

In order to protect Russian machine building, Ludwig Nobel suggested that the Institute of Technical and Technological Information be in favor of introducing protectionist customs tariffs, i.e. to levy duties on steam engines, machine tools and locomotives purchased in the West, whose analogues are also produced in Russia. "The introduction of such a tariff, which would allow the rivalry of Russian producers with foreign", - as Nobel said.

After a long discussion, Ivan Vyshnegradsky and all members of the Russian Technical Society supported the Nobel proposal. The chairman of the “Department of Mechanics and Mechanical Technology” of the Institute of Engineering Technology and Technology, summarized the outcome of the meeting: “Foreign machines are only cheap, which are made in large quantities using the same patterns ... The new machines, i.e. never before manufactured, costing almost the same price here and abroad ... The need for cars increases more and more every year, and their production in Russia can become a serious and solid industry when foreign competition is weakened. ”

The analysis carried out by the IRTO did not remain only a good wish. Already in the summer of 1867, a special Commission was established under the Ministry of Finance to review the European customs tariff. For the first time, not only officials, but also a representative of Russian industrialists and engineers were involved in the work of such a body.

Thanks to the work of the Russian Technical Society in the new Customs Charter 1868 of the year, approved by the decree of Tsar Alexander II, an article 175-I appeared, for the first time introducing into the tax and customs practice of our country the concept of "machines and devices": "Locomotives ... Locomobiles and steam engines ... Parts and supplies of all kinds of machines and devices brought for factory use ".

Government measures to protect domestic producers quickly gave a noticeable result. For example, if before 1868, in Russia, for a quarter of a century, all 227 locomotives were built, over the next 12 years - 1980 locomotives, more than 8 times larger.

Ctrl Enter
Noticed oshЫbku Highlight text and press. Ctrl + Enter
We are
Andrew PervozvannyCrimean War and the development of the steam navy of the Russian Empire
Military Reviewin Yandex News
Military Reviewin Google News
13 comments
Information
Dear reader, to leave comments on the publication, you must sign in.