November 20 2015
76
A military source in the Syrian Ministry of Defense says that today government forces repulsed an attack by terrorists from the so-called “Islamic State” in the area of ​​the airport in Deir ez-Zor. It is reported that the attack was carried out immediately from several directions. During the attack, the militants suffered substantial losses (at least 25 killed) and were forced to withdraw. RIA News cites statements from a Syrian source:

The defenders of the airfield repulsed the attacks of ISI militants from the east, north-east and south-east sides. During the fighting no less than 25 militants were eliminated. Air strikes by Syrian air forces were inflicted on the air by armed detachments of terrorists - this helped the army not only to repel the attack, but also to go on the offensive and gain a foothold in some settlements near the air base.

Meanwhile, the Iranian news agency FARSNews reports that the IS militants continue to evacuate the main forces from the city of Ar-Rakka, which they had previously declared the capital of the “caliphate”. According to reports received by an Iranian news agency from sources in Syria, Russian aircraft destroyed a large group of militants north of Al Raqqa using cruise missiles. Militants at that moment tried to go towards the border with Turkey. 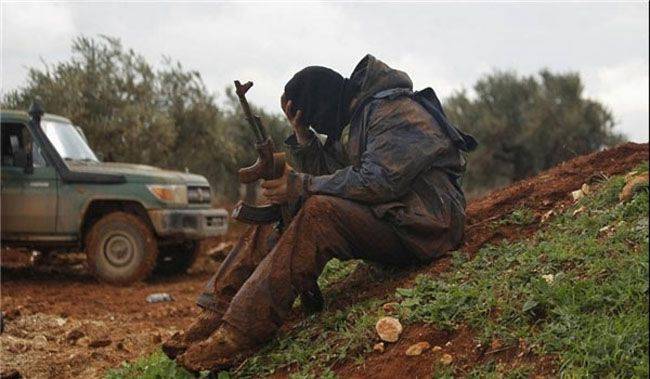 It is reported that at the approaches to the Turkish border in Syria, the militants are met with Peshmerga fire - armed Kurdish formations. Source FARSNews notes that in the province of Raqqa (Syria) IG militants are actually in the fire ring, which is compressed every day. Panic among militants is intensifying due to the fact that one of the main channels for financing the group, oil smuggling, is being blocked. At the same time, one cannot say that among the terrorist groups in Syria there is utter chaos. An attempt to attack Deir-ez-Zor airport, which was carried out from several directions using different types of weapons, says that the coordination work by the actions of terrorists continues to be carried out by “unknown” forces.

Ctrl Enter
Noticed oshЫbku Highlight text and press. Ctrl + Enter
We are
Reports from the militia of New Russia for 27-28 September 2014 of the year
Military Reviewin Yandex News
Military Reviewin Google News
76 comments
Information
Dear reader, to leave comments on the publication, you must to register.