The gunners worked "Fire carousel" in the Chelyabinsk region

November 20 2015
60
During the military training, the Central Military District gunners for the first time used a new method of defeating the enemy, called the “Fire Carousel”, reports MIC with reference to the district press service. 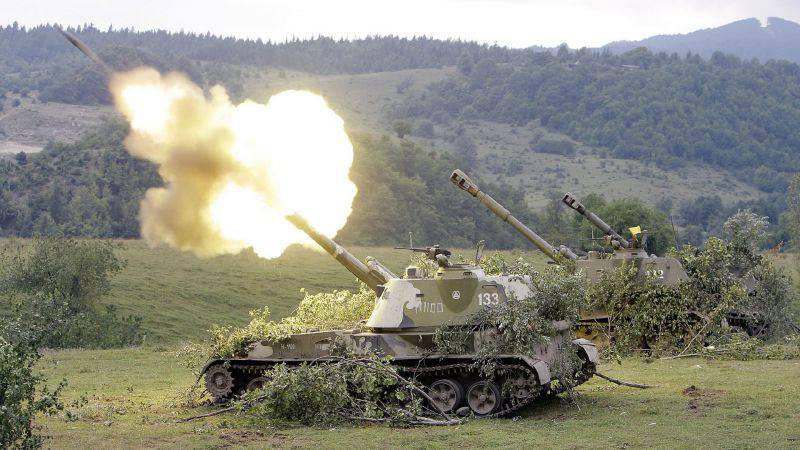 “At the Chebarkul test site in the Chelyabinsk region, calculations of reactive systems of volley fire“ Grad ”, mortar complexes“ Sani ”and 152-mm self-propelled artillery“ Acacia ”, after producing volleys with concentrated fire, successively replaced each other in previously prepared positions. This method disorients the enemy, provides a high degree of fire damage ",
quoted by the press service of the chief of the rocket forces and artillery of the district Alexander Glushchenko.

According to the general, the troops subordinate to him "this year conducted around 200 tactical exercises with live firing, more than 50 thousand missiles, mines and shells were spent."

Ctrl Enter
Noticed oshЫbku Highlight text and press. Ctrl + Enter
We are
The action “Military service under the contract is your choice!” In Rostov-on-Don: future contract servicemen, exhibitions and “Russian Knights”Completed a surprise check of the troops of the Central Military District
Military Reviewin Yandex News
Military Reviewin Google News
60 comments
Information
Dear reader, to leave comments on the publication, you must to register.