Volunteers serving in the Israeli army

November 20 2015
30
It so happened that from the very beginning of its existence the Israeli state was forced to exist in conditions of war with the Arab countries surrounding it. At the same time, Israel aroused sympathy from the Jews and some non-Jews living in different countries of the world. One of the most vivid examples of sympathy and solidarity with Israel was foreign volunteers who joined the IDF and took part in hostilities. The first volunteers from different countries of the world arrived in Israel in 1948 year and took a very active part in the Israeli War of Independence, which began immediately after the declaration of independence of the Jewish state.


The leadership of the Jewish settlements in Palestine not only did not hinder the flow of volunteers into the country, but also helped them in various ways and called for volunteers to go to the Holy Land. The corresponding appeals, for example, were made by the leader of Palestinian Jews and the future Prime Minister of the country David Ben-Gurion. In total, according to various estimates, to protect the young state of Israel went about 3,5 thousands of volunteers from 43 countries of the world. They arrived in Palestine and took part in the hostilities while in parts and formations of the IDF. In the countries from which the volunteers came, they were distributed as follows: most of all, around 1000 people, came from the USA, another 250 people from Canada, 700 people arrived in Israel from South Africa, 600 people from the UK, 250 from North Africa, France, Belgium, Latin America. In addition, small groups of volunteers arrived in Israel from Rhodesia, Australia and Sweden. 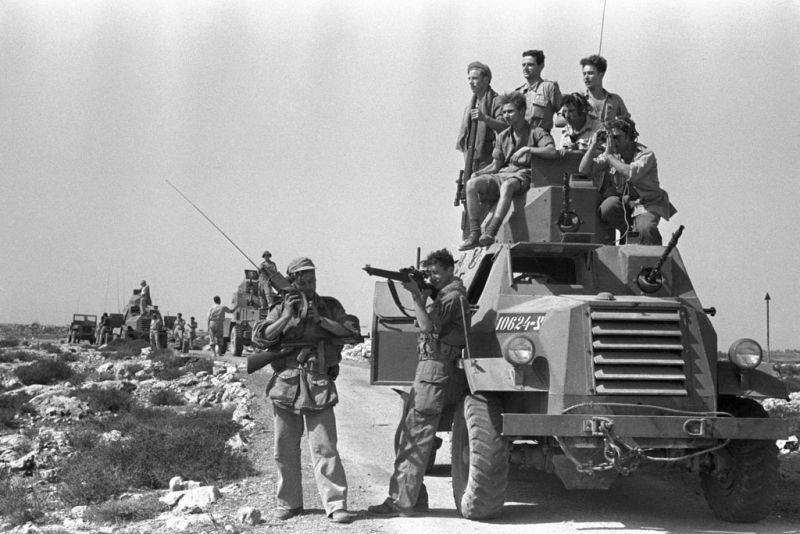 Foreign volunteers in the ranks of the IDF were merged into a special organization called the Mahal. Most of the representatives of this organization served in the Air Force of the country, where foreign volunteers accounted for a quarter of the personnel. Mostly these were well-trained veterans of the American and British armies. Curious is the fact that in those years in the Israeli Air Force, the English language even exceeded Hebrew by the degree of use. In addition to the Air Force, a large number of foreign volunteers served in the Navy and infantry units.

Many of the volunteers who arrived in the country were quite good military experts who managed to gain invaluable real-world combat experience during the Second World War in Europe. The highest-ranking foreign volunteer who served in the IDF was David Marcus, a former US Army colonel who fought in Israel under the name Mickey Stone.

David Marcus was born in the USA in the year 1901, he came from a family of Orthodox Jews who emigrated to the states from Russia. In 1924, Marcus successfully graduated from the military academy at West Point, while at the same time studying at the Brooklyn Law School. He resigned from the army as early as 1927, fully devoting himself to legal studies. He completed law practice only in the 1940 year, deciding to return to military service, initially as a military lawyer. David Marcus took part in the work of the “Big Three” during the famous Teheran conference in 1943. And in 1944, he achieved a voluntary transfer to the airborne troops, after which he took part in the famous Allied landing in Normandy. After the end of World War II, Marcus continued his service in the American occupying forces in Germany, while he was a member of working groups during the Yalta and Potsdam international conferences. During these conferences, he faced the problems of the liberated prisoners of German concentration camps and displaced persons from among the Jews. After the end of the war, most of them suffered from numerous bureaucratic delays in solving the problem of returning to their homes, which they owned before the start of the Holocaust policy or resettlement in the United States, Palestine and other countries. 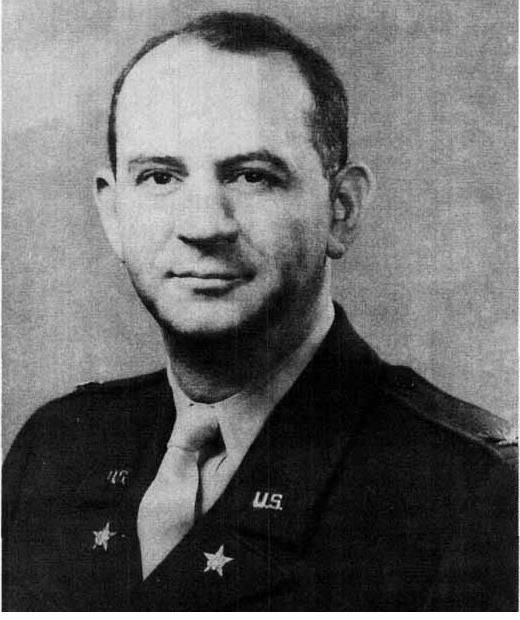 In 1947, David Marcus was demobilized for the second time from the US Army, opening a law firm in New York that dealt with the help of the Hagan Jewish military organization. Help was to find veterans of the Second World War in the United States who were ready to take up again weapon and go to Israel as volunteers. In January, 1948, Marcus decided that it was time for him to personally go to Palestine. Upon arrival, he, at the request of Ben-Gurion, conducted a peculiar audit of the state of affairs in Hagan. In the report submitted to Ben-Gurion, he noted that Hagan currently has excellent human material, but commanders are able to lead only squads and platoons. In the future, along with Igael Yadin, who served as deputy head of the IDF General Staff, David Marcus participated in the creation of a methodology for training the IDF personnel in conditions that were as close as possible to the fighting.

Arriving in Israel, Marcus received the rank of brigadier general. He commanded the military units of the Israeli army, which operated in the area of ​​Jerusalem, in fact playing the role of commander of the entire Jerusalem front. Here David Markus died 11 June 1948 of the year. His death was ridiculous, he was mistakenly shot by an inexperienced Israeli sentry. At the same time, the comrades-in-arms of the deceased brigadier general noted that in 1948 his military experience provided invaluable assistance to the young Jewish state during the siege of Jerusalem by Arab units. He was the undoubted leader and “think tank” of the Israeli forces near Jerusalem.

At the same time, the most active among volunteers who went to fight in Palestine were the citizens of Finland. Although the Finnish volunteers were represented by a small fraction in the Mahal organization, they constituted 10% among all Finnish Jews who had recently served as soldiers and officers in the Finnish army. They were commanded by a participant in the Second World War, Major Solomon Klass, who had spent more than five years in Palestine in 1930, fighting against the Arabs on the side of Jewish military formations. During World War II, Finland and Germany were allies, which did not interfere with the service of the Class in the Finnish army, while he was among those who refused to receive the German “Iron Cross”. 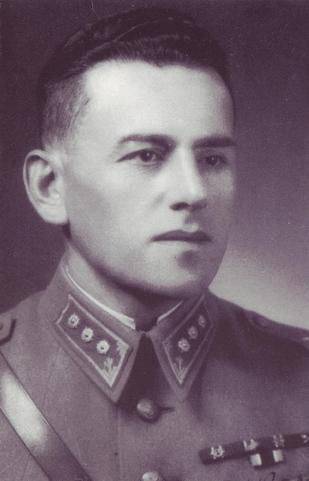 It should be noted that the experience of attracting volunteers to the Israeli army survived all major conflicts, continuing to operate in our days. And today, young volunteers arrive in Israel for military service in the ranks of the IDF. For volunteers, there is a special program called the 2000 Mahal. It is implemented jointly by the Jewish Agency and the Mobilization Directorate of the IDF. According to the current program, Jewish boys and girls aged from 18 to 25 from all countries of the world have the opportunity to perform military service in the ranks of the armed forces of Israel.

To begin with, all potential candidates should contact the management of this program and document the fact of Jewry. Most often for this purpose it is enough to present a “ktuba” - a marriage contract of parents, which is concluded at marriage in the synagogue, and also to have a letter of recommendation from the Jewish community located in the candidate’s place of residence. After confirming their Jewish origin, candidates for service arrive in Israel, where, during 6 weeks before being drafted into the ranks of the armed forces, they undergo a medical examination at a recruiting station. The medical commission determines the medical-psychological profile of the draftee, which allows him to be defined in combat or rear units. In the weeks remaining until the call, the recruit must undergo an intensive Hebrew course.

After being called up for military service, a soldier takes a course of a young fighter for 4,5 months (in combat units) and one month (in rear support units). At the same time, the service life of a foreign volunteer in the ranks of the armed forces is 14,5 months. After demobilization from the IDF, a foreign volunteer is obliged to work for another year in his Jewish community, participating in various humanitarian programs. 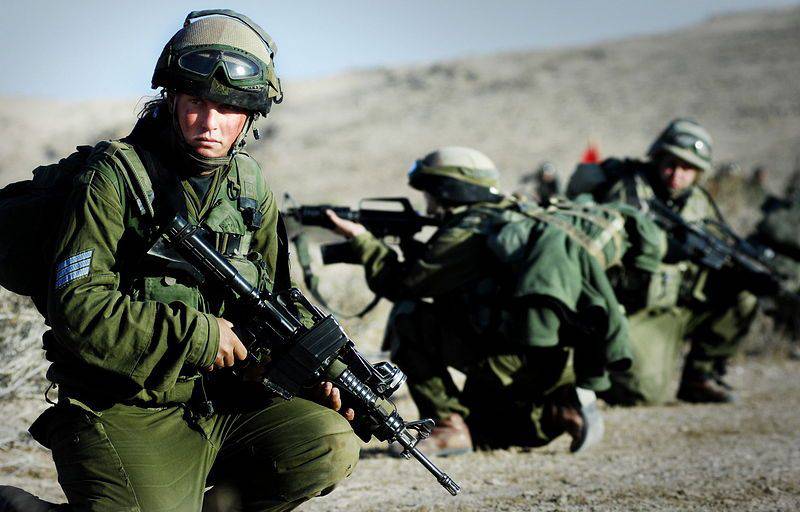 This experience was spread even further by the Israeli armed forces, creating in the spring of 1983, the National Volunteer Project for Israel, which was called “Sar-El”. Sar-El is an abbreviation of "Sherut le Israel" (from the Hebrew Service for Israel). Tens of thousands of people representing more than 30 countries have already become participants of this volunteer program. Over time, this movement is only expanding. If initially it was focused on representatives of Jewish diasporas around the world, then over time the program became available for non-Jews. Many Christians from the countries of Scandinavia, the USA, Canada, Great Britain and other countries became participants in the program. This volunteer program is available to anyone who stands in solidarity with the Jewish people and supports the state of Israel. This program, besides jokes, suggests a free opportunity for a tourist holiday in Israel.

Participation in this volunteer program is also open to boys and girls aged 18. Program participants arrive in Israel, where they live in military hostels and barracks. They also wear military uniforms, but they are at the disposal of exclusively logistical services at army bases. The participants of the Sar-El program work for free in hospitals, army warehouses, workshops, and work in the ambulance service. They work for three weeks. At the same time, their work does not require any special qualifications, but is rather important for the Israeli army, as it allows the release of more troops to perform directly combat missions. On weekends, program participants organize guided tours of Israel and lectures on stories country. After completing a three-week working period, volunteers are given the opportunity to rest during a week-long tourist trip around the country. At the same time, experts note that the number of volunteers is increasing every time, once the threat or possibility of war with its numerous opponents is hanging over Israel once again.

Ctrl Enter
Noticed oshЫbku Highlight text and press. Ctrl + Enter
We are
How Stalin created Israel. By the 66 anniversary of the independence of IsraelSoviet war for the independence of Israel
Military Reviewin Yandex News
Military Reviewin Google News
30 comments
Information
Dear reader, to leave comments on the publication, you must to register.