American police. View from the outside 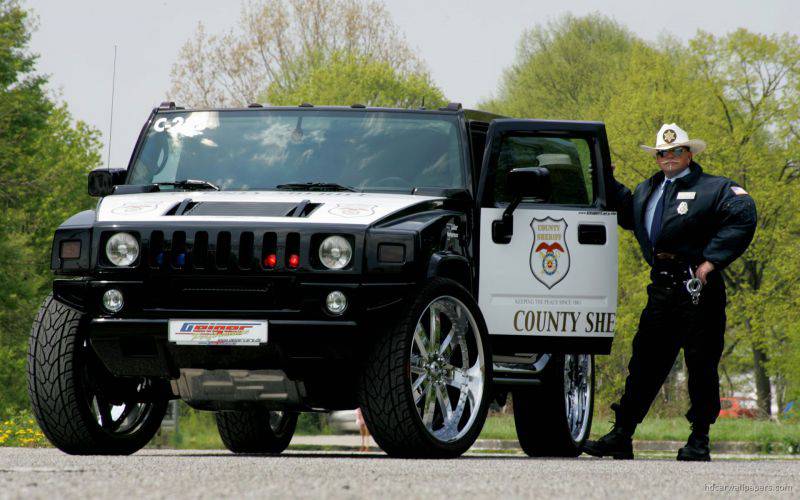 “I what? What are you? Why are you? ”Sometimes we hear how overly brave (and often not too sober) our fellow citizens are talking with law enforcement officers, almost without having enough of them“ by the breasts ”.

What is considered mundane for Russia will not roll across the ocean. Any kind of altercation of this kind with the American “cop” ends unambiguously. Whack a baton. And stun in the side. After a couple of minutes, the battered and hushed “intruder” is already sitting humbly on the curb in handcuffs.

Particularly desperate worth trying the next entertainment. Set up a chase, then stop, and when the police get out of their cars and begin to move in, start moving again. Great chance that they will discharge the clip in the fugitive. And then prove that they were wrong.

Needlessly tough? Hardly. For some reason, it is customary to show sympathy to the person who committed the crime, and not to the victim. The criminal needs sympathy! Interestingly, at the time of the commission of the crime, he was thinking about how to deliver a minimum of inconvenience to the victim? However, this is just a philosophy.

Clear, clear instructions and effective methods of the American police - this is exactly what is worth taking note of our law enforcement officers. Coherence, excellent training and organization, giving rise to respect for people “in shape”. And who discourages any desire to prove his “toughness” in disputes with the defenders of law and order.

The police do their work “on the top five”, having all the necessary means and legal guarantees of their own safety. At the same time insuring yourself about all sorts of surprises. 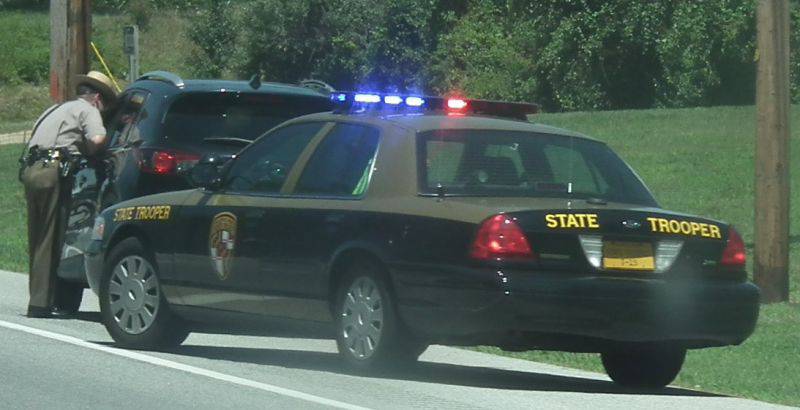 A simple example is to stop the “intruder”. Everything worked out in detail. The policeman gets up behind, always turning the wheels to the left - so that he immediately starts chasing. At night, cut in a powerful searchlight. Naturally, everything that happens is recorded on the camera.

Then the whole ceremony begins. When approaching, the cop will necessarily touch the left rear headlight with his hand (he will leave his fingerprints on the car; just in case). He tries to go along the car itself, so that the driver sitting in it has the maximum obstruction and the possibility of making any provocations. Always gets up behind, hiding behind the doors. In this situation, you do not have enough time to turn around and attack the officer. He will react faster.

Everything is strictly according to the instructions. The policeman does not relax for a second. He is on duty, and this is felt in every movement.

The driver is recommended to put his hands on “ten and two”. No sudden movements and attempts to get the documents out of your pocket (even worse, dig into the glove compartment). The likelihood that an officer will get into a fuss and shoot you is small - he is an adequate person after all. But the realization of the possibility of such a scenario discourages the desire to break the rule. Hands on “ten and two”!

And now: “Your rights and registration, please”.

Obviously, he took them not to look and, with a shrug, to return them back. He will, of course, return them. But only with penalty points. And maybe it will not return: drunk driving is punishable by deprivation for two years.

Usually at this moment there is another police car nearby. Cops don't like to go it alone. They rarely inhibit violators. And such an “extraordinary” event is a reason to call for reinforcements.

American “cops” do not often slow down anyone. The system is designed in such a way that it is safe for law-abiding citizens (and, however banal it may sound, it represents a tangible threat to violators). “Kop” cannot stop anyone on the street under the pretext of “checking documents”. This is nonsense. The only thing that he will achieve is that he will be declined in both cases of the English language.

Like their Russian colleagues, American “cops” love to ambush on the road.

But they do not like it when someone “hangs” on their tail. Seeing this, the police will immediately come out and impose a non-acidic fine. According to the officer, you are blocking his review and generally interfere with his work. So keep the interval!

By the way, the appeal "officer" does not mean that before you is a brave adjutant with epaulets. This may be the most common corporal. In this context, the Officer is just an “official”, and the place where he serves is, of course, called the “office”.

The cops themselves are divided into local, state and federal. The powers of the first two do not extend beyond their state. New York City Police Colonel for Texas police zero without a wand. Accordingly, if the violator crossed the border, the police of the neighboring state continues to chase.

Finally, if something serious has happened, the FBI and the SWAT takeover group (“UDAR” come to the rescue, means “special weapon and tactics "). However, it is already completely different. история.

Police cars in the United States do not differ in luxury and variety, like the Dubai police supercars. But the fact that they have serious technology, no doubt. In confirmation - a harsh “ram” in the nose of each “polis-kara” for pushing the most obstinate and inadequate from the road.

The Police Interceptor (“Interceptor”) on the chassis of the Ford Crown Victoria remains the classic police car. Powerful and very heavy. The last of the classic sedans with a frame structure of the body. Thanks to its weight and size, indestructible strength and reliability, the “Interceptor” has earned a high reputation from law enforcement officers. 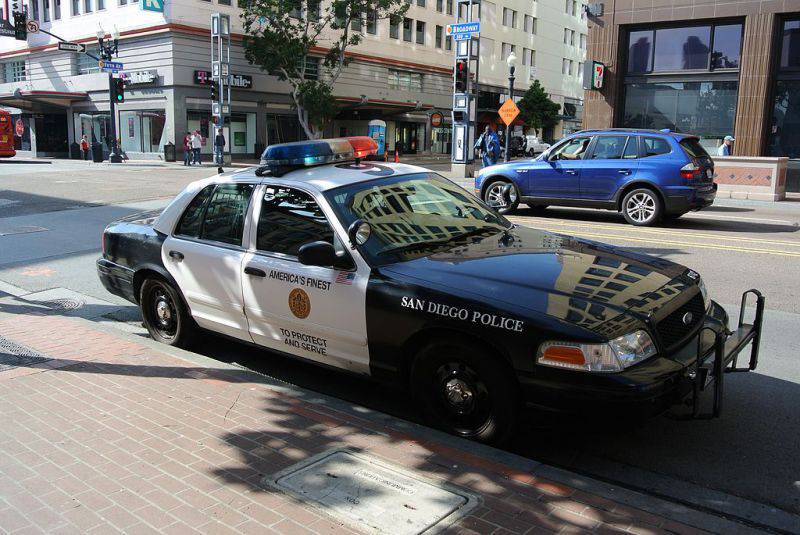 The car is equipped with the stupid American V8 engine, which, with a volume of 4,6 l, produces only 250 hp. As is known, the Yankees, unlike the Germans, do not favor the afterburner and turbocharging, preferring to save the resource. Not surprisingly, the majority of “Interceptors” have mileage over 100 thousand miles, and this is far from the limit. Beasts.

Of high technology, “Interceptor” has one curious system. Camera with automatic scanning of machine numbers with their subsequent “breaking through” through the database. Moving in the stream, the cop will quickly find out who the malicious intruder is, who hasn’t paid the fine or the registration has expired.

A few years ago, the American police had a new generation of “Interceptors” on the chassis of the Ford Taurus (365 hp). In addition to these powerful machines, unremarkable cars are used to patrol highways “under cover”. The only way to calculate them in a thick stream of cars is a gratuitous squeak of a radar detector. When you notice the police number and special equipment above the left mirror, it will be too late. He spotted that you were driving in excess. 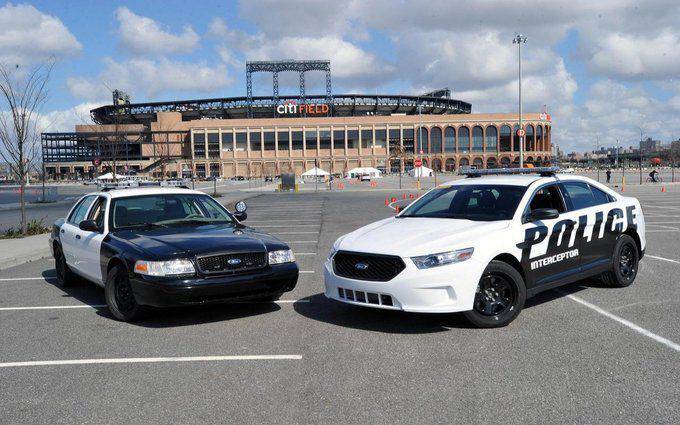 The American police are not perfect. Although the ideal is probably not anywhere. The “protection” of underground businesses, racism and other traditional values ​​of American cops cannot take away the main thing: recognition in society that a policeman is a force and a law. Where no one has a desire to prove the opposite.

Ctrl Enter
Noticed oshЫbku Highlight text and press. Ctrl + Enter
We are
Police strikes. Why law enforcement officers protest in Paris and how police in various countries protect their interestsMemo to mercenaries in Africa
Military Reviewin Yandex News
Military Reviewin Google News
157 comments
Information
Dear reader, to leave comments on the publication, you must to register.