Beyond. NCO-foreign agent calls representatives of a terrorist organization detained in the Russian Federation political prisoners

November 20 2015
84
It would seem that the so-called “human rights” organizations of Russia, dissatisfied with the fact that they, often feeding from the hands of foreign patrons, were obliged to report on the status of a foreign agent, cannot be surprised at all. The streams of mud and mud are poured out, the record “about the violation of human rights in the Russian Federation and the bloody gebne” is utterly jaded, all fakes, ducks and other jaundice are collected and re-published many times. However, the "human rights activists" still did not squander the powder in the flasks, and find the strength to give out something that is hard not to pay attention to.


In this situation, we are talking about such a well-known structure in Russia as a non-governmental organization with the status of a foreign agent, Memorial. The “memorials” themselves call their structure quite loudly: no less than the International Historical, Educational, Human Rights and Charitable Society “Memorial”. At the same time, ladies and gentlemen from Memorial are extremely offended that their organization has to go with the label of the foreign agent. Moreover, Memorial sent an entire dispatch to the Strasbourg Court, in which it complains about the law on foreign agents, passed recently in the Russian Federation. But in this case is not about that. 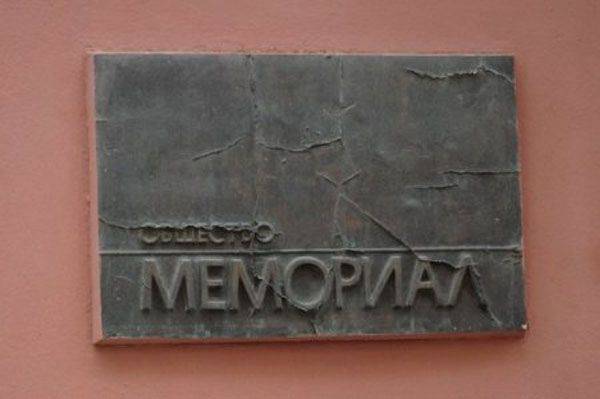 The activity of Memorial, which continues to assure everyone that it has nothing to do with political NGOs, has recently crossed all bounds. On the pages of the non-governmental organization's Internet resource, there appeared, if I may say so, a refined list of "political prisoners" of Russia. And if earlier in the list there were mainly persons who were convicted on the so-called “swamp case”, now Memorial has surpassed itself and added Hizb ut-Tahrir with representatives (attention!) To the list ...

That is, the valiant “human rights activists” attributed the members of the organization to “political prisoners”, which was declared terrorist by the Supreme Court in Russia as early as 2003. At the same time, Hizb ut-Tahrir’s activities were banned in the Russian Federation.

Particularly noteworthy is the fact that Memorial called members of a group recognized as terrorist by the Supreme Court of the Russian Federation, political prisoners just a few days before the tragedy that occurred in the sky over Sinai. At the same time, this kind of “confession” took place some time after Russian law enforcement and intelligence agencies conducted a series of detentions of Hizb ut-Tahrir adherents in the Moscow region.

В Nezavisimaya Gazeta A material was published by journalist Daria Garmonenko, in which the author asked herself, who calls herself the head of the political prisoners support program for the Memorial Human Rights Center Sergei Davidis, to comment on the NGO position regarding the recognition of members of the terrorist group as “political prisoners”.

Mr. Davidis’s answer is:
In Russia, this organization is recognized as terrorist, as well as in some countries of Central Asia, but it is no longer recognized as a terrorist organization anywhere and functions in most Western countries quite legally. Its views to us (the Hizb ut-Tahrir organization) are not close, but its essence boils down to the peaceful preaching of Islam, and for this, by the way, it is condemned by militant Muslims. These people do not call for violence and do not practice it, which means that they are persecuted for political reasons.

For reference: HT activities are prohibited in Russia, Kazakhstan, Tajikistan, Egypt, Germany and other countries.

Returning to the attempts to “explain” our position as a representative of the Memorial, you come to the conclusion that this organization really lost all sense of proportion. Mr. Davidis, representing an organization operating in the Russian Federation, which means, by definition, obliged to work in accordance with the laws of the Russian Federation, suddenly announces that if Hizb ut-Tahrir is not recognized as terrorist somewhere outside Russia, then and the "Memorial" organization, you see, does not recognize the terrorist. The question arises: what, in fact, is “Memorial” to allow itself to ignore the decisions of the Supreme Court? .. Since when has an NGO, still feeding from a foreign hand, received the right to ignore the laws of the state in which it is still allowed to work? But for whom do these “human rights activists” work, who first declare their recognition of the members of the terrorist HT as “political prisoners” detained in the Moscow Region, and then suddenly posting their portraits on Facebook against the French flag as a sign of solidarity with the victims of the terrorist attacks in Paris? .. 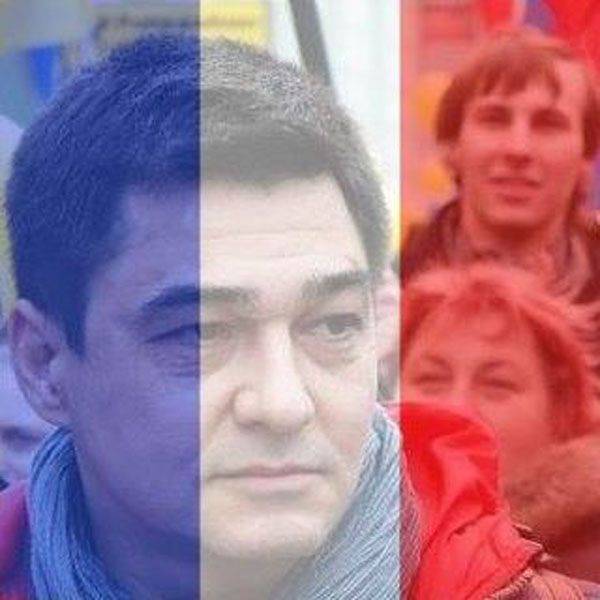 This is the beyond the boundaries of hypocrisy, which once again is based on attempts to divide terrorists into right and wrong, moderate and very moderate, their own and others.

In the HT itself, for obvious reasons, Mr. Davidis and the entire Memorial have already been given praise. From the statement of the members of the HT group, which continues its activities on the territory of Russia, despite the legislative prohibition:

(...) The names of Hizb ut-Tahrir members in the list of political prisoners testify only to the level of regime’s hatred towards Muslims, who rallied in the words of their Lord.

As can be seen, the "peace-loving" Hizb ut-Tahrir immediately extrapolates itself to all Muslims. But do not, as we say, cast a shadow on the fence. And here Muslims as a denomination? If a parishioner of an Orthodox church is detained on suspicion of committing a crime in Moscow or somewhere else, this does not mean persecution of Orthodox Christians. And if the Russian law says that HT is a terrorist organization, then you can try as many as you can to say the opposite, but the meaning does not change. Basayev considered himself a terrorist? - Not. Raduyev considered himself a terrorist? - In no case. In LIH consider themselves to be terrorists? - again not. They all assured, and someone (the same igilovtsy) continue to assert that they are building a "just Islamic society", and violence or any calls for it (even if veiled) - supposedly "temporary" - before building a "caliphate" ...

And finally, about what "white and fluffy" representatives of the HT organization, who were detained in the metropolitan region, whose members "Memorial" counted as much as political prisoners. From the material published by the representatives of HT in social networks about a month ago:

The Hizb ut-Tahrir 23 October 2015 Central Media Women's Office launched a campaign titled: “The Righteous Caliphate Al-Aqsa Liberator and Protector of Her Women” to show everyone that only a righteous caliphate can liberate Al Aksa and protect her women. (...) the campaign will emphasize the obligation of the Islamic armies to move in order to protect this Blessed Land, its women and children by supporting Hizb ut-Tahrir (apparently, without the support of Hizb ut-Tahrir "it’s impossible to protect women and children in any way) and subsequently establish a second righteous caliphate according to the method of prophecy, which is the only guarantor of the protection of women and children, who will cleanse the blessed land from the filth and abominations of the Yahuds (Jews).

No, well, even from this separately taken text, it is immediately obvious that the organization, according to Memorial, strictly “peacefully preaches Islam” and, in general, you understand, “does not call for violence” ... Memorial, bravissimo! ..

Ctrl Enter
Noticed oshЫbku Highlight text and press. Ctrl + Enter
We are
ARMY-2016. Tracked transporters. "We are not afraid of dirt too!"Tricky comments. Again the old American record!
84 comments
Information
Dear reader, to leave comments on the publication, you must to register.