Media: Two suicide bombers blew themselves up in Nigeria

November 19 2015
17
At least 50 people died yesterday as a result of two explosions in the city of Kano (northeast Nigeria), dozens were injured, reports TASS message "Xinhua." 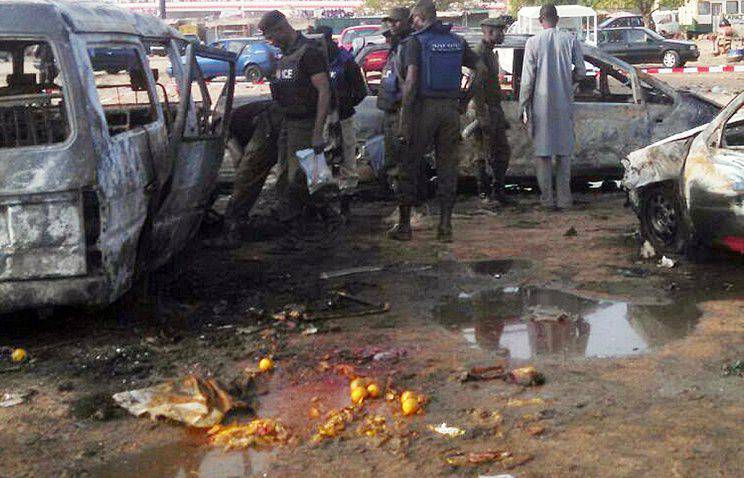 According to the agency, "two suicide bombers led into action improvised explosive devices on the urban mobile phone market."

The police noted that “the handwriting of the radical group“ Boko Haram ”is seen in the crime”, which regularly conducts terrorist attacks in the northern and north-eastern part of the country.

On Tuesday, an explosion thundered in Yola (Adamava), more than 32 people died.

TASS reference: “Boko Haram” (“Western education is a sin”) is an Islamist group operating in the north and north-east of Nigeria. In March of this year, the group swore allegiance to the Islamic State terrorist organization. ”

Ctrl Enter
Noticed oshЫbku Highlight text and press. Ctrl + Enter
We are
Media: Nigerian Air Force eliminated the leader of the Boko Haram terrorist groupReports from the militia of New Russia for 7 September 2014 of the year
17 comments
Information
Dear reader, to leave comments on the publication, you must to register.