How to fight terrorism 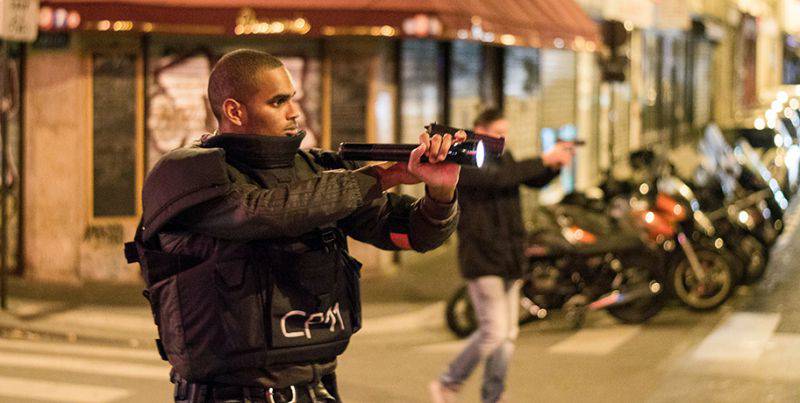 The methods of dealing with the terrorist threat that are now being offered in Russia and in the West are, in fact, only an attempt to deal with the symptoms. The fight against the cause of the disease requires from all countries an unattainable level of consciousness and political will.

The terrorist attacks in France have already generated heated discussions on various topics, ranging from the resignation of Hollande and ending with the need to revise the European approach to human rights. But one of the main ones - what measures should be taken to ensure that a similar tragedy does not recur in Paris or any other city in the civilized world, to which the terrorist group of the IG and its similar organizations have declared war against Russia.

Many Russian politicians and experts view the French terrorist act as either a flaw or as evidence of the weakness of the French special services. They say that under Hollande the French counterintelligence agents surrendered sharply, that the socialists instilled in them a careless attitude towards the ghettos existing in France. And, accordingly, recommendations to prevent further terrorist attacks boil down to enhancing the capabilities of special services to control society, as well as to increase the vigilance of citizens themselves and the level of their interaction with law enforcement agencies. The recommendations are certainly sound and necessary, because any country needs strong and adequate intelligence services. But they do not solve the problem.

Intelligence agencies will not save

The ability of any special services to prevent any terrorist attacks like Paris is extremely limited. Speaking of these tragic events, most experts and politicians compare them with September 11, not only in terms of effect, but also in terms of organization. And this is a profound delusion. The terrorist attacks in New York and Washington in 2001 were carefully and meticulously prepared, a significant number of people were attracted to the organization, it was required to perform extremely complex activities (like training pilots). And, taking all this into account, at one stage the special services could intercept information (through an agent, wiretap, or electronic intelligence) and prevent a terrorist act. The Paris events are essentially a new type of terrorist attack (similar to the events in Mumbai in 2008), which require minimal training. The people behind the attacks refused to technically or organizationally complex activities, such as laying a bomb in a concert hall or searching for measures to infiltrate a suicide bomber directly into the Stade de France stands (an explosion in which in the presence of President Hollande would have a tremendous effect). In fact, the organization of the terrorist attack required only a few suicide bombers recruited in the cultural ghettos of Europe (for example, in the émigré districts of Brussels, whose inhabitants live in their little world, do not integrate into Belgian society, and are vulnerable to radical propaganda, talking about infidel brothers in Syria and Iraq). They were given ordinary machine guns in their hands, equipped with shahid belts gathered on their knees, and then they were sent to kill and die.

The special services will be able to prevent the organization of such acts of terrorism only with total control over the society, including the presence of informants in each of the emigrant groups and the most severe control over the circulation of small weapons in the country. But are such measures justified? Immediately the question arises about the freedom / security dilemma, as well as the less well-known security / development dilemma? To what extent do you need to strengthen the ability of special services to control society to the detriment of the freedoms of citizens? To the level of the "Patriot Act"? Or to the level of dystopia and "Big Brother"? And to what degree should excessive control freeze the development and evolution of the social system? After all, the more control, the less evolution and the higher the chance that the development of this system will go not along an evolutionary, but along a revolutionary path.

Of course, this does not mean that security control measures should not be strengthened - it is necessary. In particular, to implement (naturally, without excesses) the proposal of the French Prime Minister Manuel Waltz to capture, land, or deport radical Islamic imams, preaching inside these ghettos. However, it should be clearly aware that these measures can reduce the frequency of terrorist attacks, but not prevent them. After all, they are, in fact, the fight against the symptoms of the disease, and not the cause of its occurrence. And this disease has arisen because of the deadlock of social and political development in most Muslim countries. The authorities of these countries cannot offer the population freedom, social elevators, the right to development, the necessary set of values, modernization, and often even an elementary basic level of economic well-being. Moreover, they deprive people of even the hope that these regimes will transform over time. As a result, people do not feel themselves involved in their national-state projects, and are looking for other forms of ownership, as well as other projects that can bring purpose and justice to their lives. Often, these projects are supranational Islamic terrorist groups that base their ideology on traditionalist interpretations of the Koran. This is exactly how the IG emerged - as the answer of the Islamic society, as the search for a new path of development.

Therefore, one can truly fight terrorism only through the transformation of these regimes and the promotion of the modernization of Islam towards more conformist versions (a kind of Islamic reformation). But, of course, the transformation is not a military invasion or humanitarian intervention (as the Americans did in Iraq, or they do in Syria now). And not the overthrow of authoritarian regimes - you need to understand the subtleties of the moment, because authoritarian regimes that facilitate the influx of recruits to terrorists are also the forces holding back the coming of these Islamists to power. The overthrow of authoritarian leaders in Iraq and Libya untied the hands of the Islamists, so the discussion should be not about coups and shock democratizations, but about a consistent, gradual evolution of regimes towards more open and humane forms of government.

Of course, the task looks like from the category of utopian. At least, because in order to achieve such a subtle and accurate evolution, joint successive actions of all the centers of power of the modern world are needed. We need guarantees that these centers will weigh their regional ambitions (for example, on the use of terrorists against their opponents) in order to achieve a common goal. It is obvious that the collective West and, above all, the United States are not ready for such open cooperation with Russia, and especially with Iran. Therefore, the real fight against terrorism is postponed indefinitely, until which countries can only continue to deal with the symptoms.

On the other hand, Moscow has every opportunity to deal with the causes independently or with a group of concerned comrades, but not in the whole world, but in some of its regions. Not in the Middle East, but at least in Central Asia, where the local regimes, with their policies, also force people to go to the Islamist underground. Until now, the Kremlin has actually turned a blind eye, fearing to interfere in the internal affairs of the Central Asian sovereigns. For example, he was silent when Tajik President Rakhmon headed for revising the Moscow agreements (which ended the civil war in Tajikistan through a political compromise between the opposing forces) and began the persecution of the moderate Party of the Islamic Renaissance of Tajikistan, calling it almost an IG affiliate.

The Kremlin should understand that the destabilization of Central Asia will eventually lead to serious foreign policy and even domestic political problems of Russia (refugees, breaking economic ties, instability in the southern underbelly and radicalization of Russian Muslims). And since these problems threaten not only Moscow, but also China, as well as Iran, these countries may try to solve the problems of the emergence of terrorism in a single, important region for them. At the same time, naturally, conducting a dialogue with the West about joint struggle with the causes of the emergence of terrorism on a global scale. And hoping that over time, Western partners will approach this dialogue more responsibly.

Ctrl Enter
Noticed oshЫbku Highlight text and press. Ctrl + Enter
We are
About Stalin and KhrushchevWhat you didn't want to know about England
40 comments
Information
Dear reader, to leave comments on the publication, you must to register.