Indian weapons in the US Metropolitan Museum (part of 4)

November 24 2015
24
It would be very cool to study history material culture on the basis of various kinds of museum exhibits posted on the Internet. Just a list of topics and a list of museums. You can go to the topic, you can from the museum, and you can from the era, country. The main thing is that there would be one, and a high, quality standard. The same style of description, photos with a specific resolution and with a certain background. And so that access to them and downloading would be free. Today, alas, not so. In our regional museums, there is simply no money for shooting and digitizing artifacts. If you want to take a photo in the Penza Museum of Local History, pay 100 rubles, and moreover, for a photo without a tripod. In museums of higher rank, the price for a photo that you order from them comes to 200 and higher. But the same is observed in India. Shooting in museums - as much as you want, but like that “for beautiful eyes” you will not be given high-quality photos, but there is no money to shoot yourself. It turns out that such an approach is affordable only for very rich and advanced museums, like the Tokyo National Museum, the regional museum in Los Angeles, and, of course, the Metropolitan Museum in New York. The latter in this regard is a cut above the rest. And the navigation is simple and photos, with the same quality and with very detailed descriptions, posted a lot. Only by arms their something about 1450 pieces! True, there is one interesting feature. When you look through these photos, grouped in several dozens on the page, you see that many of the “pictures” are missing, although there is a signature. But after a while they arise, with the result that you have to look, look and look! And not the fact that the photo that is now will be on your page tomorrow. Such a strange "roulette"! However, in any case, this is better than in other places, so here it is from whom you should take an example of those museums that want to go this route.


So with respect to Indian weapons, the Metropolitan Museum has collected not only an impressive collection of Indian weapons (as well as Japanese, Tibetan, Chinese, knightly armor ...), but also very skillfully laid out his photographs. Of course, it would be more interesting and more useful to write in detail when this or that type of weapon appeared, how it was used, but ... agree that this is work for a whole multi-page monograph. Therefore, let's start by simply looking at what this museum has (and not only it, for the sake of completing the disclosure of the topic), and then ... maybe someone “young” will be engaged in this later ?!
Well, it’s best to start with sabers, because they ... are truly beautiful!

2. Shemshir from Persia (about 1800), but could well be used in India, especially since it was made from Indian Bulat. Absolutely luxurious thing: small pearls are inserted into the slot, the finish is made with enamel, gold, emeralds, “fish skin”, ivory handle.

3. Turkish Klych or Kylych. The blade dates from 1550 – 1551. Again, the range of such blades was very wide, they are in the Kremlin Armory (the sword of Prince Mstislavsky), there are in museums in India. 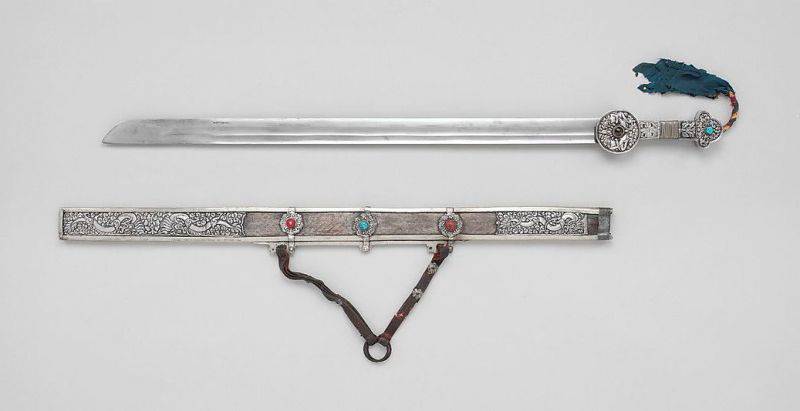 4.Mech from Tibet, XVIII - XIX centuries Moreover, it was from Tibet, where the “real knights” were seen in the 1935 year and even later.

5. Pat XVIII century. - a very interesting Indian sword, the blade of which was a continuation of the steel "gloves". "Capacity" for a fist is framed in the form of the head of a toothy monster, whose head in turn protrudes an elephant's head. His tusks serve to prevent the blade of the enemy from slipping off his arm. How they fought with such "swords", because at the same time completely different muscle groups were straining, it is not easy to imagine. One thing can be said with certainty: it needed a lot to learn. The one who used to fight with a saber, he just couldn’t go on a stalemate!

6. The sword of Bhutan - the kingdom near Nepal, XVIII - XIX centuries. 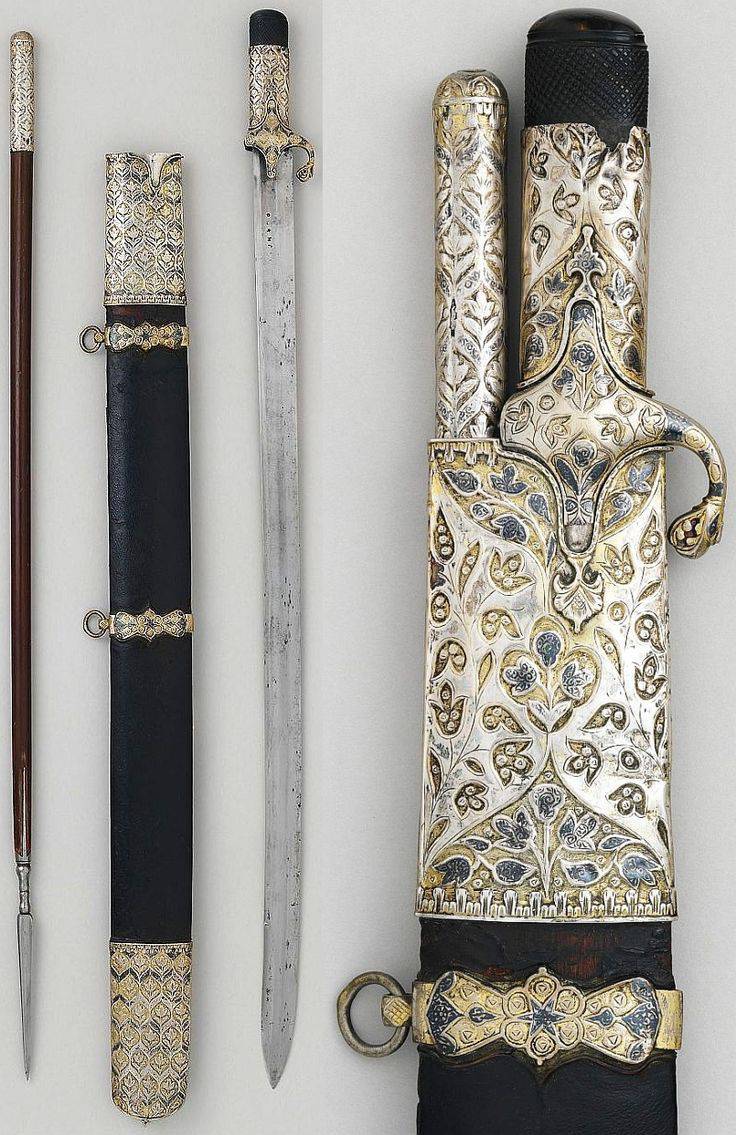 8. Turkish Sinzhal with a “flaming blade” in the Malay kris style and onyx handle decorated with gold and rubies. The scabbard is decorated with a silver filigree and large emeralds. XIX century. Length 56.5 cm. Total weight 396.9 g. 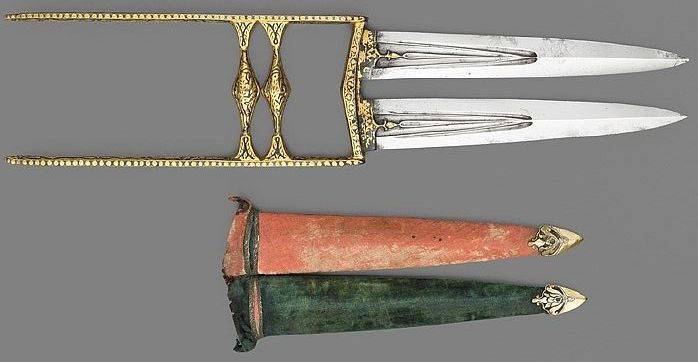 9. Double coutar from the 19th century British Wallace collection The British, too, as you can see, give their artifacts well, but the Americans have almost more of them! The length of the blades 18.4 cm. 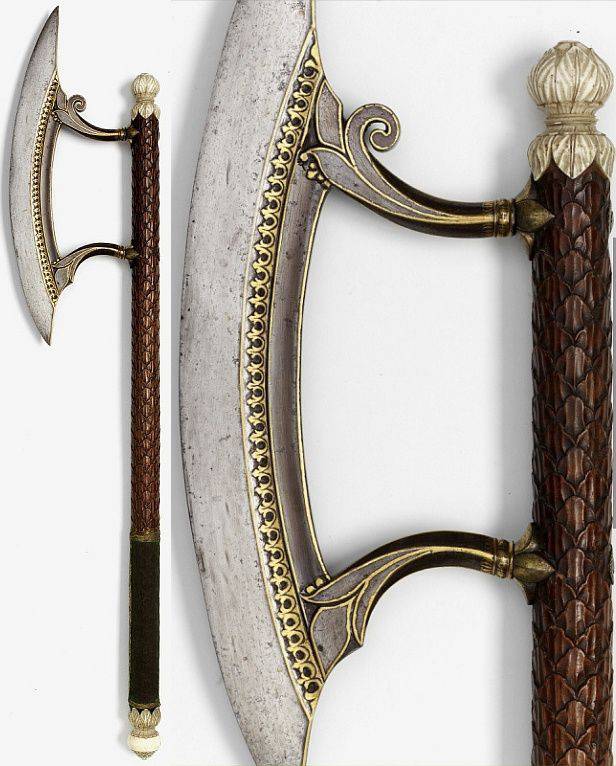 19. Indian ax from the Royal Arsenal from Leeds in England.

20. Indian battle ax Tabar, XIX century A blade is inserted into the handle, which, if necessary, can be removed and put into operation. 56 length cm; dagger length xnumx see 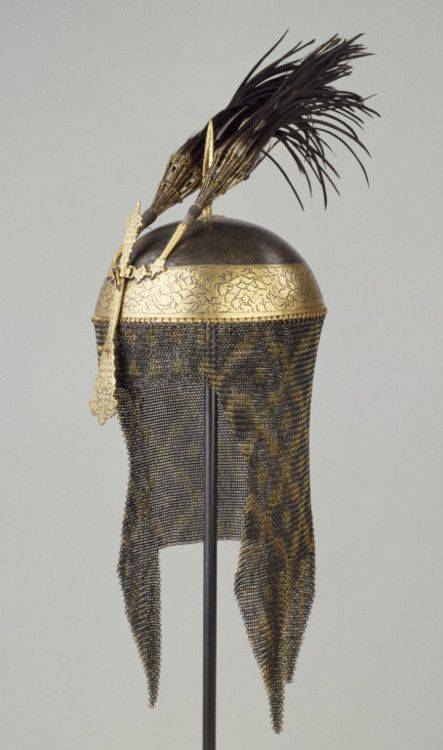 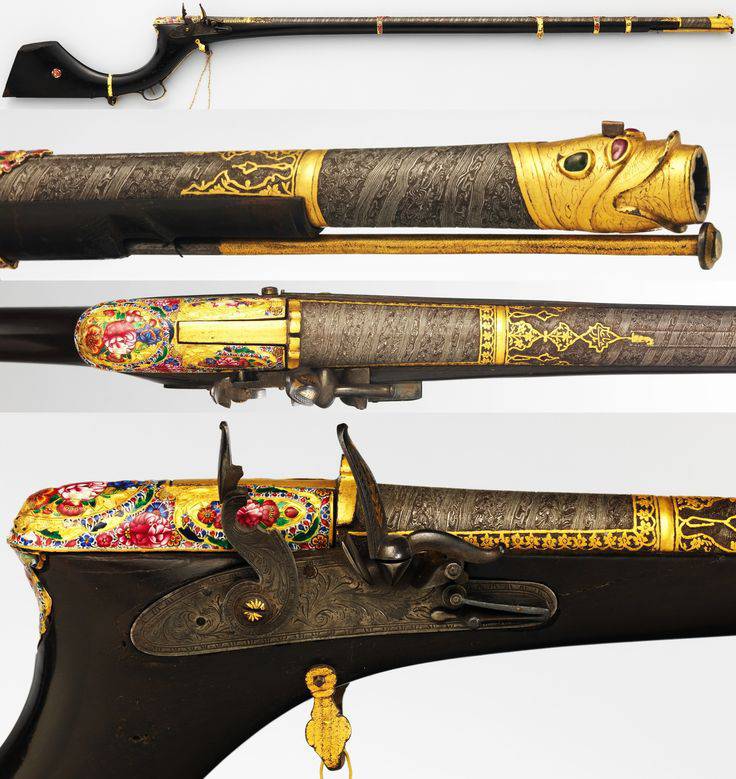 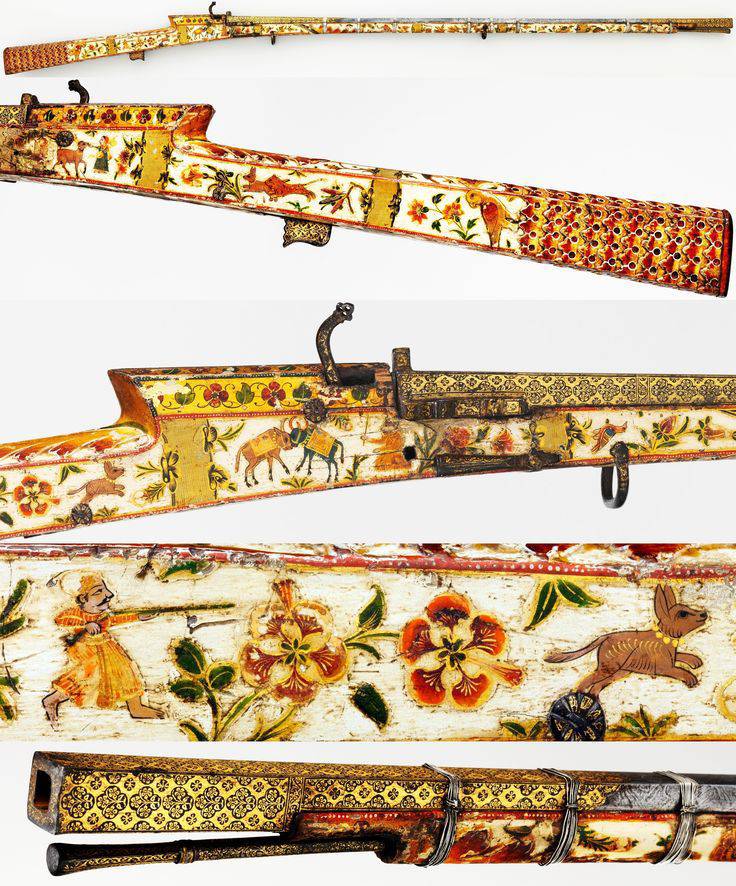 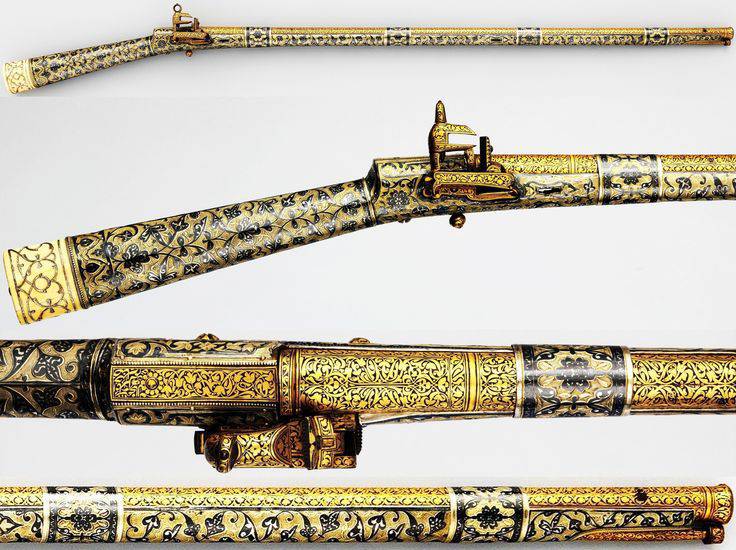 27. And this is a visible example of the interpenetration of cultures: the blade from the Turkish klych, and the handle from the Indian talvar.

Well, here we touched, and very superficially, the theme of the national Indian weapons and one conclusion: if you understand it thoroughly, then it will need to spend a lot of effort, time and money! After all, even only one talvaram information sea. Different blades, different handles, depending on time, region — more barrel-shaped or less, with or without a shackle, design styles — to study and study in one word. Even to view them in the collection of the Metropolitan Museum, and then you need a lot of time, and yet there are museums in New Delhi, Hyderabad, Mumbai. That is, it is desirable to know English and ... at least Hindi, well, to visit India is also very desirable. So this is an interesting thing, but difficult and expensive!