19 November - Day of missile forces and artillery. From "mattresses" to "Iskander"

November 19 2015
89
November 19 in Russia celebrates the Day of Rocket Forces and Artillery. Date of celebration in the calendar did not appear by chance. It was 19 on November 1942 that the first stage of the Red Army counter-offensive near Stalingrad began, and the role of artillery (in this case, the artillery of the South-Western and Don fronts) in defeating Hitler’s forces in the city on the Volga River is difficult to overestimate. And not only, I must say, in the city on the Volga. No wonder the artillery is called the god of war, because it is her participation in hostilities that can radically change the situation, and the outcome of both defensive and offensive operations can depend on the ability to effectively use artillery guns and systems.


Historians argue about when to count down the development of domestic artillery. Most modern specialists in the field historical sciences are inclined to believe that the history of artillery in Russia (in Russia) began in the XNUMXth century, when so-called “mattresses” were used against the horde of Tokhtamysh weapon in the form of forged guns). It was in 1382, when the Mongol-Tatar khan and the army besieged Moscow. Approximately a quarter of a century after the first mention of the use of "mattresses" in the annals there are reports of the use of these weapons as a marching one.

If you refer to historical documents, you can see that 400-500 years ago added the term “shots” or “shot chains” to the mentioned weapon. The barrel of such a tool had the shape of a truncated cone for a particular expansion, as it were now said, of striking elements. On average, the diameter of the stem of the mattresses with a “split-cut” socket was changed to 30-50 percent, but it also reached a twofold increase in diameter over the length of the trunk. For example, a mattress sample of the end of the XVI-beginning of the XVII centuries could have a barrel diameter from 160-170 mm (at the base) to 340-350 mm at the muzzle. Most often, "mattresses" were installed on wooden goats to give stability when shooting. Later, carriages on wheels appeared.

Of course, in the XVI-XVII centuries, other tools were used to produce artillery volleys. One of the options - breech ship guns, which began to appear initially as trophies, harvested from Europeans and Turks. We are talking about guns of small diameter - about 60 mm. The length of the barrel of these artillery pieces was no more than 80 cm. It is believed that initially such guns were used in Italy, and then their production was established in the Ottoman Empire. 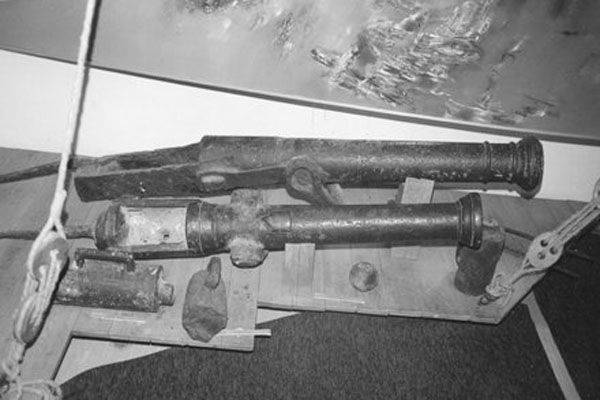 In 1757, the famous unicorn was invented. Mikhail Vasilyevich Danilov, known for being the first in Russia to publish a work on the course of artillery, took the most direct part in its creation. The official title of the work, published in 1762, sounds like "Primary knowledge of theory and practice in artillery." This work is rightly considered to be the most real alphabet of domestic artillery, because it describes the basics of using artillery pieces of the sample of that time.

Speaking about the creation by Mikhail Danilov (if I may say so, in collaboration with S.A. Martynov) the cannon in the 1757 year, one should pay attention to its very peculiar name. The reason that the weapon was called the “unicorn” was the detail of the family coat of arms of Count Peter Ivanovich Shuvalov. It's about the unicorn, which is an essential attribute of the so-called Boncho coat of arms. The fact is that it was Count P.I. Shuvalov who became the person through whom the new guns began to be put into mass service by the Russian army. 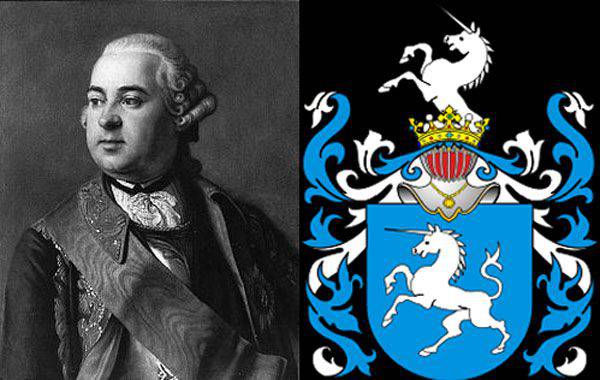 The "unicorn" camora was conical in shape. The new shape of the chamber made it possible to make the barrel longer, which allowed to significantly increase the firing range. Fire could be conducted from a distance of up to 4 km, and firing was carried out by various types of ammunition. It could be not only ordinary kernels, but also explosive grenades, bombs and buckshot. "Unicorn" has become a truly universal artillery gun, which was used both on land and on navy. They also used it as a siege weapon, equipping ammunition with a larger diameter (caliber) to increase striking power. Surprisingly, “unicorns” have been used during various military operations for more than 120 years! 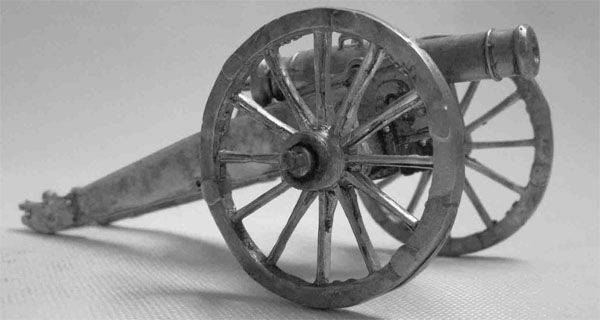 It speaks about their universality, reliability and relative simplicity of a design. Even when guns of the new generation began to appear, “unicorns” continued to be used to solve certain combat missions, including in cases when the combat unit simply had no other options.

Returning to the theme of the appearance of the holiday, it must be said that in its original name no rocket troops were mentioned, of course. By decree of the Presidium of the Supreme Soviet of the USSR of 21 of October 1944, a holiday was established not so much as a memorable date, called the Day of Artillery. Only after 20 years after this event - in the 1964 year - does a new name appear, which remains to this day. The day became known as the Day of Rocket Forces and Artillery.

Today, organizational troops consist of missile, rocket and artillery brigades, including mixed, high-powered artillery battalions, rocket artillery regiments, separate reconnaissance battalions, artillery of military bases and combined-arms brigades. The Ministry of Defense of the Russian Federation determines the following range of tasks, the solution of which for rocket troops and artillery:

winning and holding superiority over the enemy;
the defeat of its means of nuclear attack, manpower, weapons, military and special equipment;
disorganization of command and control systems for troops and weapons, intelligence and electronic warfare;
destruction of long-term fortifications and other infrastructure;
violation of the operational and military rear;
the weakening and isolation of the second echelon and enemy reserves;
destruction of penetrating the depths of defense tanks and other armored vehicles of the enemy;
cover open flanks and joints;
participation in the destruction of enemy air and sea landings;
remote mining of terrain and objects;
light maintenance of night operations of troops;
smoke, blinding of enemy objects;
distribution of campaign materials and others. 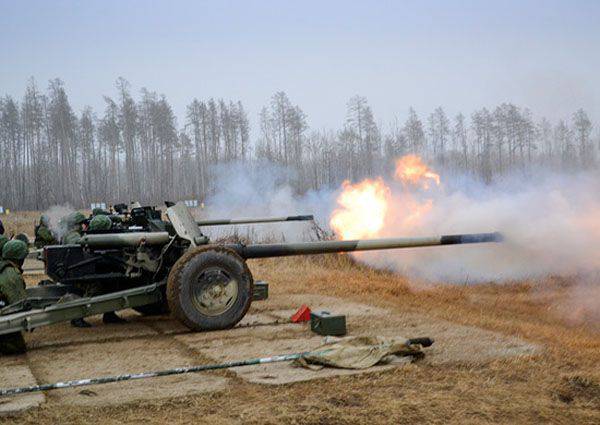 Rocket troops and artillery of the Russian Federation are equipped with new equipment and technology. The RV and A are equipped with modernized Msta-SM self-propelled howitzers of 152 mm caliber and Tornado-G MLRS. Armed rocket formations of the Ground Forces of the Armed Forces of the Russian Federation are being armed with operational-tactical complexes Iskander-M, capable of reducing to zero the effectiveness of building up a missile defense system of a potential enemy. 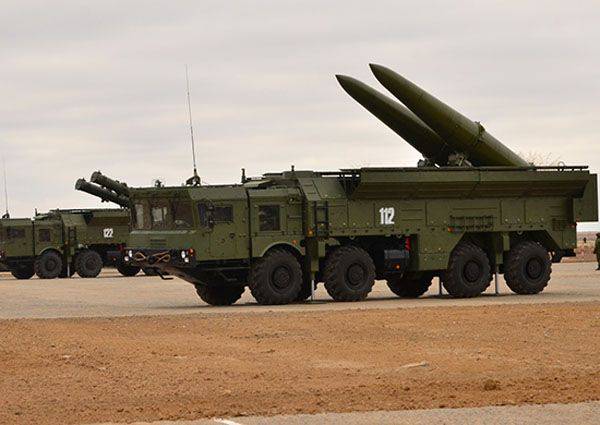 19 November. On this day, "Military Review" congratulates the regular military personnel of the Missile Forces and Artillery, as well as veterans on their professional holiday!

Ctrl Enter
Noticed oshЫbku Highlight text and press. Ctrl + Enter
We are
November 19 - Day of the Rocket Forces and Artillery of the Russian FederationDay of Military Glory of Russia - the day the counter offensive began in the Battle of Moscow
Military Reviewin Yandex News
Military Reviewin Google News
89 comments
Information
Dear reader, to leave comments on the publication, you must to register.