November 19 2015
105
Not long ago, the General of the Italian Army Fabio Mini in the magazine "Limes" shared his fear that after Obama’s departure, the Americans would start a big war in Europe. General Mini entry to the top NATO offices. At one time he led operations in Kosovo. So for him, the plans of the US military are not a big secret. As Fabio Mini writes, “the persistent search for the enemy with which the generals from the Pentagon are busy can plunge Europe into a big conflict, and not necessarily with Russia.” 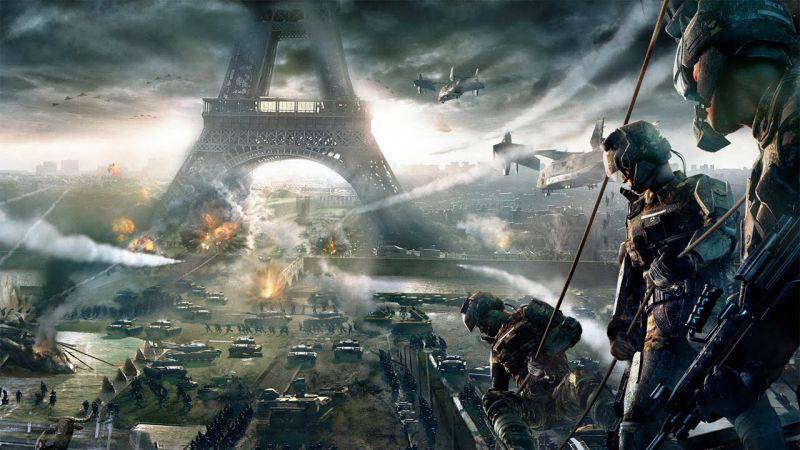 The Italian general did not substantiate with whom, except Russia, the US could start a war. But he outlined a number of scenarios in which the Baltic countries or Eastern Europe could be involved in a military conflict against the Russian Federation. In this case, they will be supported not so much by NATO, as by the US military as a separate force.

“The Pentagon really wants to resume the confrontation with Russia, and for this a number of provocations are being made in its attitude: sanctions, the expansion of NATO and the economic influence of the EU,” writes General Mini. “Russia's harsh reaction against Georgia in the 2008 year and the actions against Ukraine were not completely unfounded.”

Why are so itching to the hands of American generals? According to Fabio Mini, after the collapse of the Cold War blocs, the image of a terrible enemy disappeared, which frightened the people of the United States and forced the government to actively fund military programs. Some time ago, China was appointed the main enemy. This caused an explosive growth in defense spending, but not comparable with the expenditure that America bore during the confrontation with the Soviet Union. The topic of Russia for generals has become relevant again.

In this regard, it is not accidental that the Americans are active in the Baltic States - a series of exercises, deliveries of modern weapons. Here is the point of view of Fabio Mini: “The Baltic theater of military operations is occupied by countries that are loyal to America and have long wanted a conflict with the Russian Federation. Sooner or later, this could lead to a new European war. Obama’s presidential term is coming to an end, and the Pentagon is waiting for the new government to approve the war in Europe. ”

You can, of course, question the public revelations of the Italian general. Especially because life already gave examples of the inadequacy of NATO military commanders. The memory pops United States Secretary of War Dzheyms Forrestol, who really obsessed with the threat of Russian military and committed suicide by jumping from the window of the sixteenth floor.

General Mini is a sensible man. When he was KFOR commander, he had his own point of view on the situation in Kosovo - different from that adopted by NATO. Mini did not approve of many actions of local Albanians and did not hesitate to talk about it openly. And now Fabio Mini, most likely, just decided to share the concerns that he had.

Indirect confirmation of this is in the public rhetoric of American politicians. So, the columnist of the British Guardian Trevor Timm, watching the election campaign in America, came to the conclusion that the candidates for the US presidents want a war with Russia. As an example, Timm refers to a senator from the state of South Carolina Lindsay Graham, who announced his readiness to shoot down Russian planes in Syria. The similar position is shared by Republicans Ben Carson and Carly Fiorina, New Jersey Governor Chris Christie, Senator from the State of Florida Marco Rubio and other candidates for the highest US state post. For a confrontation with Russia, Hilary Clinton and Jeb Bush are set up.

This is not just election games in the "cool guys." Politicians respond to the demands of a society heated by propaganda in the local media. The desire to punish Russia for an independent policy seized the American minds. In his article, Trevor Timm notes that Republican candidates "have an overwhelming desire to start a war with one of the largest military powers in the world possessing one of the largest nuclear arsenals in the world" and called it "insanity."

Columnist Guardian ignored the defense department of the United Kingdom. Militaristic winds are also walking there with might and main. The London Daily Star Sunday, citing its own sources in the British Ministry of Defense, said that British military pilots piloting Tornado multi-role fighters were given the right to attack Russian military aircraft in Iraqi airspace if their lives were threatened.

Russia discourages to war with her

The US military and its allies can be understood. In recent years, Russia has surprised the world with speedy and high-quality rearmament. The Russian Armed Forces received the latest Borei underwater strategic missile carriers with the latest Bulava missiles, Yars mobile and mine-based intercontinental ballistic missiles, diesel-electric submarines, ultramodern aircraft of various classes, electronic warfare systems, advanced prototypes of advanced armored vehicles. and so forth

Now there is a planned saturation of troops with new equipment, and the next breakthrough is not yet visible. It will happen in the 2018-2019 year, when the Sarmat heavy intercontinental ballistic missiles will come into service, the Navy will be seriously replenished with modernized cruisers and new submarine rocket carriers, and most importantly, the Barguzin combat missile system will run along the country's roads.

His predecessor - BZHRK "Molodets" - delivered a lot of trouble to overseas strategists. The Americans could not create a similar combat complex, but it was easy to convince M. Gorbachev to cut our compositions for scrap. With the return of BZHRK, which are changing their position at the speed of an express train, to Russia, Russia will certainly be too tough for America.

In the meantime, overseas military is tempted to take advantage of conventional weapons. Hence, this aggressive rhetoric and crazy ideas. We must think that not only the Italian general knows about the war plans of the Americans. No wonder Russia dosed up the hotheads of US strategists.

In the days of the Crimean events, our military put the Bastion coastal missile systems on the peninsula, capable of sweeping through the Black Sea. They set it openly, so that it could be seen not only from satellites, but even from Washington. The American warships heading for the Crimea (according to some information, with the landing force on board), before reaching the Russian territorial waters, turned back towards Turkey.

The classic of the genre in April was 2014, the attack in the Black Sea of ​​the Russian bomber SU-24, equipped with the latest electronic warfare complex, against the American destroyer Donald Cook. Then, with a cut down on-board electronics armed with a missile defense system "Cook" was forced to flee to the territorial waters of Romania.

There were also our discoveries for American strategists. The October volley of Caspian ships overshadowed them all flotilla Caliber-NK missiles for targets in Syria. I must say that there was no great operational need for that salvo. It became clear to everyone that Russia was demonstrating its capabilities.

The rockets from the Caspian flew 1500 kilometers. Experts estimate their maximum range in 2 600 km. For a long time, then bloggers crawled on the cards. Draw circles with a radius equal to the range of the flight of new cruise missiles. The starting points of the attacks were set not only in the Caspian Sea, but also in the Black, Baltic seas. It turned out convincing and impressive. What and all the social networks started talking loudly. It remains unclear whether it impressed the US military ...

To learn the topic in November, they were offered a new hot material. November 9 in Sochi at a private meeting with Putin in the lenses of cameras, accidentally hit the top-secret system "Status-6". Slides with some of its characteristics gave NTV and Channel One. Presidential spokesman D.Peskov then sluggishly cursed, they say, now they will closely monitor the work of cameramen.

Frames removed from the air. But they migrated to the Internet. Here military experts took the stage. The first thing they noted: once “Status-6”, it means that there are already five prototypes. The new system found similarities with the long-standing idea of ​​Academician Andrei Sakharov. They say many years ago he proposed using nuclear torpedoes off the US coastline with a combat weight of 40 tons. Their simultaneous detonation would have caused a giant tsunami with a height of one hundred meters. Half of America would have suffered from this misfortune ...

The idea of ​​Academician Sakharov was then abandoned. Some consider - for humane reasons, others - because of a lack of funds, and others explain the failure as imperfect technologies of the time. And now - an underwater nuclear multi-purpose drone with a range of ten thousand kilometers. "Status-6" is able to move at a kilometer depth and carry some kind of combat module with terrifying combat capabilities.

The highly professional work of our pilots in the sky of Syria became the cherry on this cake of military surprises. The world was impressed by how effectively they use conventional precision conventional ammunition.

Anyway, a week after the memorable meeting in Sochi, American President Obama sat in front of Vladimir Putin in Belek, Turkey, and agreed on how not to push our military foreheads in Syria and in Ukraine. America was not ready for a real confrontation, about which US presidential candidates so boastfully rant.

...History shows that the world is easy to provoke war. But to avoid a military conflict can only be done by a state whose army is able to respond to any challenges of the time — like the Russian ...

Ctrl Enter
Noticed oshЫbku Highlight text and press. Ctrl + Enter
We are
Results of the week. “Mom, mom, what will I do? Koo! "Armored vehicles of Yugoslavia. Part of 6. Wars in the ruins. Bosnia and Herzegovina. Kosovo. Macedonia
Military Reviewin Yandex News
Military Reviewin Google News
105 comments
Information
Dear reader, to leave comments on the publication, you must to register.