Closer to the Far East

November 19 2015
12
On the eve of the Asia-Pacific Economic Cooperation (APEC) forum in the capital of the Philippines, Manila. The Russian delegation at the summit is headed by Russian Prime Minister Dmitry Medvedev.


The APEC participating countries today, in addition to the Russian Federation, are: Australia, Brunei, Vietnam, Hong Kong (Hong Kong, China), Indonesia, Canada, China, Republic of Korea, Malaysia, Mexico, New Zealand, Papua New Guinea, Peru, Singapore, USA, Thailand, Taiwan (Republic of China), Philippines, Chile, Japan. This is a truly gigantic market, which focuses on (data from the Russian government on 2015 year) about 48% of all international trade and over 57% of world GDP. In the Asia-Pacific countries of the APEC conglomerate, 40% of the population of planet Earth lives.

The APEC Business Summit is held in Manila under the motto: “Forward to the future: better, stronger and more united”. The agenda during the meeting of representatives of the delegations of countries of the macroregion includes issues of trade and economic cooperation, improving the efficiency and transparency of business, reducing the risks of global imbalances and answering the risks of implementing large infrastructure projects.

Considering the fact that Russia is among the APEC countries due to the access to the Pacific of its own giant macro-region, namely the Far East, this material should pay particular attention to the situation in the Far East of Russia, especially since work the whole ministry. At the head of the relevant ministry is Alexander Galushka, who recently gave a long interview to the news agency. Interfax.

So, the Russian Federation has the Far East, the government of the Russian Federation has a separate ministry for the development thereof; it remains to find out whether there is the very economic development that Alexander Galushka and his companions should be engaged in? Considering the fact that the minister himself spoke about the work of the ministry in an interview, it is not difficult to guess that the main part of the interview is about the successes the ministry has been able to (or more often) achieve. However, whether the minister wanted or not, he had to talk about the problems that the Far East economically faces today, and the solution of which is given, to put it mildly, is not easy.

One of these problems is the so-called “remoteness” of the region. Remoteness is not in the sense of the federal center (although geographically, and often politically, it is), but in the sense of the main, if you can put it that way, the arteries feeding the economic juices. The point is that in a whole series (in other words, in all) of the regions of the Far East they literally shout about their transport problems. With colossal distances that are purely geographically located in order to get from one Far Eastern region to another, this is already a talk of the town for the whole of the Far Eastern Federal District. And in some cases we are not even talking about the issue of “getting relatively cheap”, but about getting at all ... For example, so that, after departing from Yakutsk, to be in Yuzhno-Sakhalinsk, you will have to pay at least 31 thousand rubles for a ticket one end. At the same time, it is necessary to “visit” the transit airport, or even two (transfers, for example, in Blagoveshchensk, Vladivostok, and even in Novosibirsk). Putting more 60 thousand rubles for a round-trip flight is not every resident of Yakutsk or Yuzhno-Sakhalinsk can afford. Accordingly, there is a transportation market, which often leads to the need for regions to stew in their own juice.

Against this background, the Ministry of Eastern Development is discussing the issue of increasing the attractiveness of the Northern Sea Route (NSR) for the transit of goods from the countries of East (Southeast Asia) to European ports and vice versa. From the words of A.Galushki it becomes clear that so far the government did not even have a financial and economic model for the development of the NSR. That is, in the government, saying that the Northern Sea Route must be developed, since transit through it, and not, for example, through the Suez Canal, is not only safer, but also more economical (at 15-20%), did not create a documentary development base of the project itself. It is possible to develop in words, perhaps for certain officials, “more effectively”, but for potential foreign clients this is far from something that can really attract them to the project. According to the Minister, the model of financial development of the Northern Sea Route will appear only by the summer of next year. Surprisingly, against this background, the government is also surprised that so far “not all” East Asian companies decide on the transit of goods to Europe through the NSR ... It is clear that the potentials of the same Northern Sea Route for the development of the Far East are of tremendous importance, but unfortunately , for the time being, it is just empty talk that “solving” problems with attracting foreign companies to transit through the NSR is reduced.

The complexity or the complete lack of transport logistics in the Far Eastern regions, as well as the difficulties with pricing, are associated, among other things, with such a parameter as energy prices. According to the same Minvostok Development, the price of one kilowatt-hour of electricity, for example, in Chukotka is about 9 rubles. 77 cop For obvious reasons, such a price negates many infrastructure initiatives, as they say, cuts in the bud both small and medium businesses and socially significant projects. What investor will finance the project if the lion’s share of the profits is “eaten up” by tariffs? ..

How are the ministry going to solve the problems of the extremely high cost of electricity in the Far East (on the same Chukotka)? According to Alexander Galushka, it is proposed to use RusHydro dividends to reduce tariffs. In this case, the Federal Minister admits an interesting remark. From the Interfax interview:

To realize this, the volume of transfer should be from 19 billion (if you extend reduced tariffs only for industry) to 35 billion rubles (if you extend the offer to all consumers except the population).
It turns out that reducing the tariffs for the population of the same Chukotka caring Ministry of Eastern Development does not plan at all? Of course, it is clear that business is all ours, and the laws of economics say that if business breathes freely, an ordinary Russian will breathe easier, but a situation in which these laws for some reason do not work is often revealed. Even when tariffs are lowered or state subsidies are received, breathing companies often begin to breathe exclusively, and the companies themselves either wave a wave of “optimization”, or their effective managers then have to look for the competent authorities, giving extradition requests from the Cote d'Azur ... They don’t always give out ...

Minister Galushka was asked about the progress of projects for the creation in the Far East of the territories of priority development (TOP). If you believe the minister, then in this direction everything goes exclusively along positive rails. Galushka claims that many private companies come to TORs through multibillion-dollar investments, one of the sides of which is the creation of thousands of new jobs. In one of such TORs (Amur region) they are going to implement a project for gas processing and gas chemistry, the level of investment in which is about 1,3 trillion. rubles. This is a huge project that is able to form a whole network of factories capable of acting as the locomotive of the economy.

From the statement of Alexander Galushka:

In addition, a network of new highways is being built in a number of regions of the Far East, including the Khabarovsk Territory and the Amur Region.

Here everything seems to be great. But then the question came about the implementation of another mega-project in the same Amur region. We are talking about the Vostochny cosmodrome. The project is being implemented - this is one thing, but how much of the funds allocated for its implementation has gone, as they say, to the left, and how many “effective managers” got real estate for these funds in Switzerland and Spain? - completely different.

This is all to the fact that the potentials of the Far East are enormous, and the fact that investments from the state budget into the implementation of business projects, attracting investments, and creating new jobs are considerable. There are people really interested in the development of the macro-region. First of all, those are citizens who live and work in the Far East. 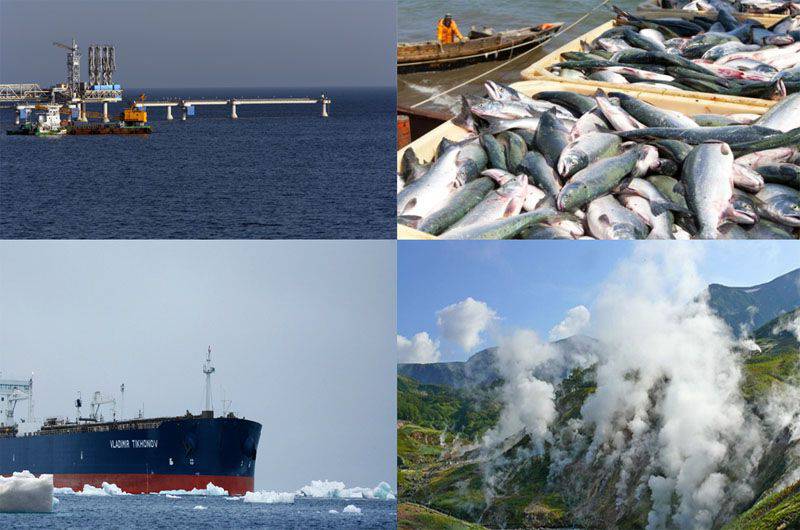 But often the nuances are that control over the expenditure of funds and the timely creation of an unambiguous regulatory framework, to put it mildly, are far from ideal parameters. Often they begin to remember about control only when workers on the roofs of the construction site of the Vostochny Cosmodrome mentioned above will lay out frank calls (not always of a literary character) to pay attention to the problem. But even among a number of local officials, the thesis “God is high, far from the king,” seems to be still relevant. And the case of Mr. Khoroshavin, in whom, when he was the helm of Sakhalin, only the desktop was evaluated in the monthly budget of a single locality, is not the only one. How many more such “good-looking” and their patrons-occupiers, because of the presence of which in the leadership any (even the most seemingly breakthrough) projects can be reduced to the “broken trough” project? ..

It would be desirable that those who are responsible for the post for the development of the Far East first of all feel their personal responsibility, and do not isolate themselves from solving problems by a mountain of paper with plans and recommendations in whose address it is not clear.

Ctrl Enter
Noticed oshЫbku Highlight text and press. Ctrl + Enter
We are
Armed Oceania: are there Pacific Islands armies?Free Papua: how the Papuans are trying to save their world and win independence
Military Reviewin Yandex News
Military Reviewin Google News
12 comments
Information
Dear reader, to leave comments on the publication, you must sign in.