November 18 2015
126
Amazing statements are heard in the West. John Kerry suddenly said that in the coming weeks there will be a truce in Syria and that Russia and Iran should certainly participate in the talks between the opposition and Assad. Barack Obama did not remain silent either: he said that he had always supported the struggle of the Russian Federation against the "Islamic state". Famous American journalist Mark Adomanis acknowledged that Russia has never been internationally isolated. And the influential "The Wall Street Journal" and at all repeats about the "geopolitical shift" in relation to Moscow. 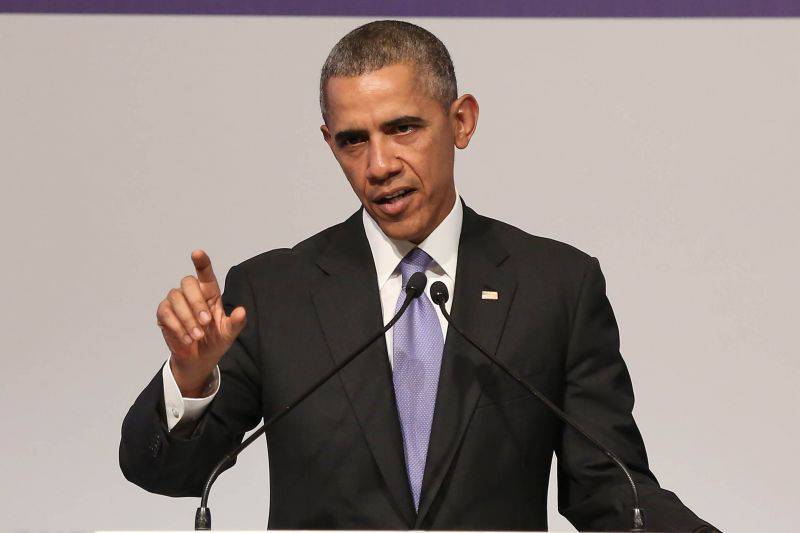 After the attacks in Paris, the State Department and the Pentagon seemed to have changed.

17 November Pentagon press secretary Peter Cook said, writes "Lenta.ru"that Washington positively appreciated the increase in the number of Russian airstrikes aviation according to the positions of the IG fighters in Syria.

Then, US Secretary of State John Kerry made a positive outlook. According to him, in the next few weeks in Syria, a truce will come. The opposition should sit down at the negotiating table with President Bashar Assad, and Russia and Iran should be involved in this process.

Also, the head of the State Department said that the sooner political changes occur in the Syrian Arab Republic, the sooner the level of violence will decrease there. “Then it will be possible to implement the strategy against the groups“ IG ”and“ Jabhat al-Nusra, ”he said.

Finally, the state secretary called for the coordination of the military operations of the United States, France and Russia.

The statement of US President B.H. Obama is also quite fresh, today’s.

The US President admitted that he had always supported the struggle of Russia against the "Islamic state". He announced this on November 18 on the sidelines of the Asia-Pacific Economic Cooperation Summit held in the Philippines. Obama said he was going to discuss the strengthening of Russian measures in the fight against "IG" with President Putin, reports "Lenta.ru".

The American president also stressed that Russia was a “constructive partner” on the Syrian talks in Vienna.

The statements are quite surprising, we add, especially if we recall that quite recently the American establishment in its entirety asserted about the "counterproductive" Russian strategy in Syria and the destruction of Russian aviation not at all by the IS militants, but by the "rebels" fighting for democracy and against Assad's "tyrant" In addition, part of the US military elite, as well as a number of potential presidential candidates, did not hesitate to call Russia the first threat to the national security of the United States.

How suddenly we hear about "always supported" and approval of the "strengthening of Russian measures"! And about the upcoming truce in Syria. And that Russia and Iran should certainly participate in the Syrian negotiations.

In short, the White House policy has made a reversal of 180 degrees. At the very least, these statements strongly differ from the concept of a “policy of containment” with regard to the Russian Federation, adopted by the B. H. Obama administration in the 2014 year. It’s not at all necessary to speak of the international “isolation” of Russia, about which Obama pompously declared the very same.

Famous American journalist Mark Adomanis in "Forbes" bluntly writes that Russia and the West are “coming closer”. And that Russia is not in isolation, and it has not been in it before.

The Wall Street Journal concluded: “The President of Russia was at the center of everyone’s attention at the G20 Summit,” and The Economist magazine, always skeptical of Russia, was forced to admit that “in the face of the common threat of Islamist terror, Russia and The West may have become closer to each other, if not at all shoulder to shoulder. ” Other publications write in a similar key, a browser recalls.

Before the terrorist attacks in Paris, the general opinion was as follows: after the start of the “hybrid war” in Ukraine, Russia was allegedly isolated, alienating it not only from the United States and the countries of Central Europe (Poland, the Baltic countries, etc.), but even from traditional partners in the EU (Germany, Italy and France). Moscow became an “international outcast” and faced NATO’s “decisive” protests.

After a few months, it turned out that the West is "carefully" interacting with Russia. After Russia's military intervention in Syria, the refugee crisis in Europe and the wave of terrorism "IS", both sides (Russia and the West) showed greater readiness for negotiations. After the Paris terrorist attacks, analysts are already talking about a kind of "big coalition" that must be created to defeat the "IG".

Thus, no “isolation” of Russia exists. Moreover, she was not truly “isolated” before. Russia, both from an economic and demographic point of view, is a relatively large country, whose territory covers a significant part of the globe.

"The Wall Street Journal", echoing Adomanis, writes that the terrorist attacks in Paris caused a "geopolitical shift" in the West against Russia.

Journalists Stephen Fidler and Julian Barnes believe that “thirty minutes of horror on the streets of Paris” proved to be “a catalyst for a broad shift in international politics.”

All year in the West, Russia was perceived as a “growing threat.” Moscow’s “aggressive” stance towards Ukraine (and not only it) was considered a “serious threat”. Terrorism was also considered a real problem, but it was allegedly “held back”. However, by inflicting a “series of well-coordinated strikes,” the militants of the Islamic State returned the threat of terrorism to the center of the international agenda.

And here Russia instantly transformed into a “partner”.

The strategy of Moscow in Syria, aimed at supporting the regime of President Bashar Assad, has been considered the best way to counter "IG". In addition, Europe is quickly filled with hundreds of thousands of refugees. The diplomatic result of all this was the statement of Barack Obama at the G20 summit about the upcoming "doubling" of the efforts of the military campaign against the "Islamic state" and diplomatic efforts to achieve a political settlement of the Syrian crisis.

The chairman of the Senate Intelligence Committee, Richard Burr, said on CBS that he hopes the French president will try to create a new anti-terrorist coalition with the help of NATO.

It is also reported that at present Paris is preparing to triple the number of its aircraft in the Middle East to conduct operations against the militants "IG".

At a G20 summit in Turkey, columnists point out, Mr. Putin called on the West to join the common struggle against international terrorism. Apparently, Moscow hopes that some kind of deal will be concluded, thanks to which cooperation on the Syrian crisis will lead to a weakening of the anti-Russian sanctions imposed for Ukraine. Until now, European officials have resisted this possibility, remind journalists.

In Russia, they think otherwise. For example, the chairman of the State Duma Committee on International Affairs, Alexei Pushkov, claims that Russia in Syria is fighting against those who arranged the bombings in Paris and declared war on Europe. Therefore, it is time for the West to stop criticizing Moscow and create a joint coalition, quotes his words “The Wall Street Journal”.

The West took a cruel lesson. Having assimilated it, the West realized: world terrorism is a common enemy, and they are not fighting with separate “coalitions”. Actions can only be shared.

Understood the West and more: Russia is destroying terrorists in Syria, and not the mythical "moderate opposition". Finally, the West understood the third: Moscow does not threaten the “peaceful Baltic countries” at all.

However, in the USA and Europe they understood this before; only the generals and the military businessmen behind their backs needed hysteria. However, now the intensity of propaganda about the "Russian threat" will decrease. Creating a coalition with those whom you consider “enemy number one” is impossible, isn't it?

Ctrl Enter
Noticed oshЫbku Highlight text and press. Ctrl + Enter
We are
Results of the week. “This is not my life! She is smoothed, combed, powdered and neutered! ”Mark Adomanis stood up for Russia
Military Reviewin Yandex News
Military Reviewin Google News
126 comments
Information
Dear reader, to leave comments on the publication, you must to register.