In the US, the development of an unmanned submarine hunter comes to an end

November 18 2015
35
Already in 2016, the United States Agency for Advanced Defense Research (DARPA) could begin a new phase of testing an autonomous vehicle that is designed to detect and track diesel-electric submarines. We are talking about a technically advanced drone. At the same time, information about the ability of this drone to destroy enemy ships does not apply, but it is not refuted by the US military.


The creation of the 40-meter unmanned vessel for spying on submarines in the United States began in the 2010 year. Apparently, this rather big sea drone weighing 140 tons is almost ready for use, test launches of the device will be held in January-February of the 2016 year. All the "iron" filling autonomous ship, which has already received the designation ACTUV - Anti-Submarine Warfare Continous Trail Unmanned Vessel (anti-submarine military unmanned ship of continuous tracking) is now ready for use, now American engineers are working on creating the necessary software that should allow ACTUV has been at sea for several months.

The main purpose of the ACTUV marine unmanned aerial vehicle is to track down enemy submarines in the world's oceans and to monitor them for an extended period of time. Scott Littlefield, who holds the post of director of tactical technology at the Defense Research Agency DARPA, noted that the main advantage of the project being developed is the fact that the cost of operating a fully autonomous vessel will be of the order of 15 − 20 thousand dollars a day. 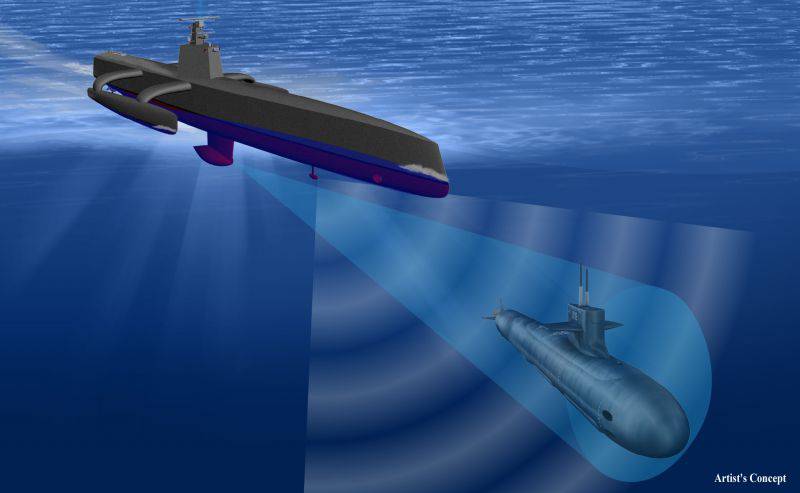 It is worth noting that the 15-20 thousand dollars a day is substantially less than the daily expenses that the US military budget carries for the maintenance of one destroyer with a crew (about 700 thousand dollars). So far, the US military is not going to place on board the ACTUV any weapon. The Pentagon prohibits the installation of weapons on fully autonomous systems, but DARPA specialists themselves do not exclude such a possibility in the future. According to Littlefield, one of the main advantages of autonomous vessels of the ACTUV project will be that such a drone can carry much more cargo than existing autonomous devices launched from warships. So, it will be quite possible to install any weapon on board the vehicle if the decision is made. Scott Littlefield also told reporters that the American fleet is considering using the ACTUV apparatus not only to search and track enemy submarines, but also, for example, to search for naval mines.

It is worth noting that the first information about testing the sea-based unmanned vehicle ACTUV appeared in the spring of 2015. Then the information was spread that the agency DARPA conducted a series of first tests of an uninhabited vehicle, which is designed to search for submarines. As reported by Defense Talk, the UAV’s sea trials took place off the coast of Missouri and lasted 6 weeks. When the tests began and when they ended, the message did not specify.

It was reported that during the tests in 2015, the drone was able to independently navigate at a predetermined course. At the same time, there were various obstacles in the form of underwater reefs, shallow water, as well as surface vessels, which specially carried out unpredictable maneuvers. However, the ACTUV unmanned aerial vehicle, even under such conditions, managed to follow a given course, without ever encountering any obstacle. The Defense Research Agency DARPA stressed that the device made maneuvers in accordance with the International Regulations for Preventing Collisions at Sea. At the same time, it became known that the test UAV is approximately 40 meters in length, and also that the drone is equipped with various modern navigation equipment and sonar. 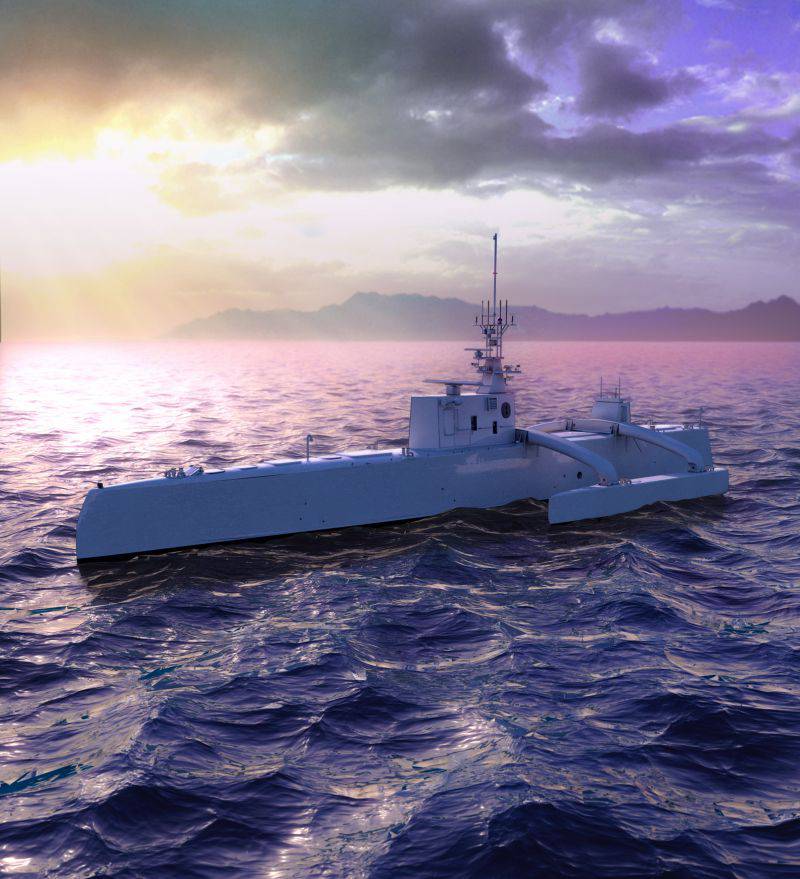 According to one of the leaders of the ACTUV program, Scott Littlefield, an autonomous vessel will be able to work at sea for months, and in an independent mode without human participation. At the same time, he confirmed that the unmanned vehicle would necessarily take into account the presence of other ships and would fully obey the existing conventions and the maritime law, ensuring the safety of navigation.

The US military expects to use autonomous ships to search for the most "quiet" diesel-electric submarines that are in service with the Russian Federation, China and India. According to the US defense department, modern American nuclear submarines could successfully cope with this task, but their use for these purposes is economically inexpedient. It is worth noting that the revitalization of the American program aimed at creating an autonomous “hunter” for submarines coincided in time with the intensification of work on the construction of the Russian naval fleet. In the same 2010, when the US launched the ACTUV project, in Russia, the first diesel-electric submarine of project 636.3, Novorossiysk, was laid at the production facilities of Admiraltey Shipyards OJSC.

A total of six submarines of the 636.3 project were laid at the Admiralty Shipyards. All of them are intended for service in the Black Sea Fleet of the Russian Federation. According to the data of November 2015 of the year, four boats pledged to St. Petersburg have already been accepted to the fleet: B-261 Novorossiysk (22 August 2014), B-237 Rostov-on-Don (30 December 2014) , B-262 "Stary Oskol" (3 July 2015 of the year), B-265 "Krasnodar" (5 November 2015 of the year). Two more boats of this series are currently being built - the B-268 “Veliky Novgorod” and the B-271 “Kolpino” boats were laid on October 30 2014. It is planned that the series of submarines project 636.3 will continue. This was said by the commander-in-chief of the Russian Navy Viktor Chirkov. According to him, the Main Command of the Russian Navy is considering the possibility of building submarines for this project for other Russian fleets. This has its own logic, since the submarines of the 636.3 project have good operational characteristics and combat effectiveness. 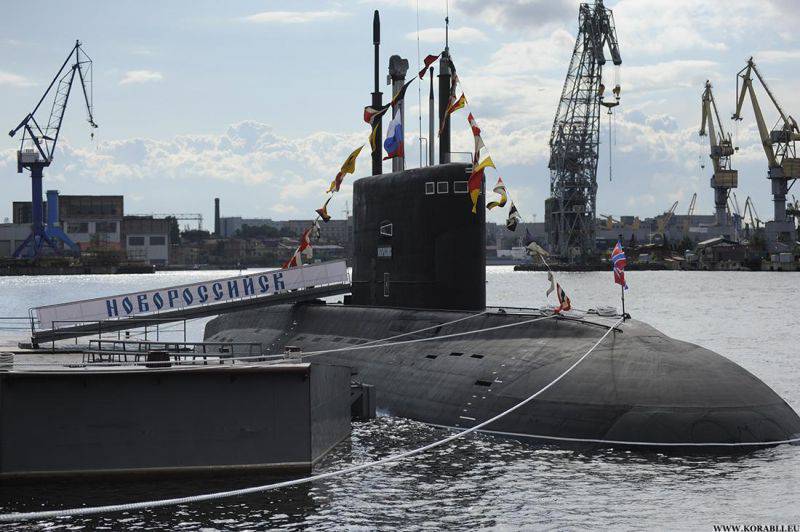