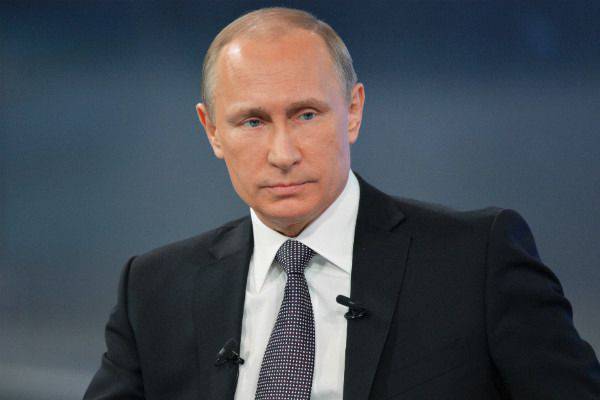 On the eighteenth and nineteenth of November this year, a regular meeting of the leaders of the countries participating in the APEC forum will be held in Manila. It will be held under the proposed Philippine chairmanship motto - “Towards the improvement of the world through inclusive development”.

For a long time, trade was the driving force of economic growth in the Asia-Pacific region and other regions of the world. However, as the effect of tariff liberalization decreased, it became clear that additional agreements were needed covering services, investments, non-tariff barriers, competition policy and subsidies. Naturally, without complex negotiations, mutual compromises, this can not be achieved.

One of the possible ways out of this situation is the deepening of regional economic integration. Today, Russia - together with Armenia, Belarus, Kazakhstan and Kyrgyzstan - is successfully developing the Eurasian Economic Union (EAEU). Our integration project is initially focused on cooperation with other countries and their associations. In May of this year, an agreement on a free trade zone between the EEU and Vietnam was concluded. The possibility of signing similar agreements is also considered by 40 countries.

An example of a transparent partnership is the agreement on the association of the EAEU with the Chinese initiative "Silk Road Economic Belt". The implementation of this project will allow "to expand" a number of "bottlenecks" in the field of transport infrastructure, regulation of cross-border movement of goods and services; will give a serious impetus to the integration of APEC economies.

We expect to reach mutually beneficial agreements in the field of traditional and renewable energy, emergency response, food security and agriculture during the Russia-ASEAN summit to be held next year in Sochi.

The creation of new free trade zones in general contributes to the creation of favorable conditions for the liberalization of trade flows and investment in the APR. At the same time, the confidential nature of the negotiations on the establishment of the Trans-Pacific Partnership (TPP) hardly helps sustainable development in the APR.

We are convinced that the strategic path lies not only in increasing the number of free trade zones, but also in the joint development and implementation of the best practices of liberalization in all APEC members, taking into account the positions and interests of each other.

In this regard, we should continue the policy of enhancing the role of APEC as a coordinator of various integration initiatives aimed at creating a common, open and non-discriminatory market in the region, free from block barriers. Of particular importance in this is the effective implementation of the "Road Map to Promoting the Asia-Pacific Free Trade Area", approved in Beijing in 2014.

To realize the development potential of the APEC countries, it is not enough to agree only on the rules of the game in relation to today's commodity flows. It is necessary to develop joint approaches to the formation and regulation of the emerging markets of the "new economy" based on digital technologies. To form institutions and rules that provide additional opportunities for entrepreneurs of our countries to create modern, promising products and high-quality jobs.

For its part, Russia actively participates in the work of new financial institutions in the region - the BRICS Bank and the Asian Infrastructure Investment Bank. I am sure that their activities will not only contribute to the development of the APR, but will also contribute to strengthening the sustainability of the global financial system.

At the national level, we are consistently engaged in creating the most comfortable business climate. These efforts received an international assessment: over the past four years, in the World Bank’s Doing Business ranking, Russia has risen to 69 positions, from 120 to 51.

The scale and diversity of the tasks facing APEC are truly impressive. I am sure that we will be able to solve them successfully.
We pay special attention to the development of the potential of the Russian Far East. This year they started the creation of so-called territories of advanced socio-economic development - economic zones with a set of tax and other preferences unprecedented for Russia. In relation to the port of Vladivostok, special legislation on the free port was adopted. We plan to extend this regime to other key harbors of the Far East. The Far Eastern ports, the Northern Sea Route, the modernization of our railways should be a factor in the growth of interconnectivity in the APR, an important infrastructure link between the APR and Europe.

A serious interest in APEC is also shown in the Russian proposals for the formation of a common educational space in the region. Today, when the Asia-Pacific region is firmly established among the world's leading technology centers, it is becoming increasingly important to combine efforts to create large research platforms and centers. I note that the initiative role of Russia in this area was recognized by partners and our country, together with Peru, was entrusted with the right to chair the APEC Education Ministers ’Meeting, which will be held in Lima in 2016 year.

Very soon, in December, the Paris Climate Change Conference will take place, at which an attempt will be made to reach a global agreement on reducing greenhouse gas emissions. We are interested in the success of this work and have already submitted a report on the national contribution to these efforts.

The scale and diversity of the tasks facing APEC are truly impressive. I am convinced that we will be able to successfully solve them, relying on the fundamental principles of partnership, acting for the benefit of our peoples, in the interests of progress towards the formation of a unified Asian-Pacific family.

Ctrl Enter
Noticed oshЫbku Highlight text and press. Ctrl + Enter
We are
Sergei Glazyev: Creating a free trade zone between the EU and the EU is possibleNew plants and workshops in Russia in 2014 year
Military Reviewin Yandex News
Military Reviewin Google News
9 comments
Information
Dear reader, to leave comments on the publication, you must to register.