Country 404. Article from the Ukrainian newspaper for 30 December 2015 of the year

November 19 2015
38
Independent Ukraine is moving by leaps and bounds along the path of building developed capitalism. The people, led by President Petro Poroshenko and Prime Minister Arseniy Yatsenyuk, have been destroying the legacy of the bloody enslavement of the country by the Russian aggressors for two years now. 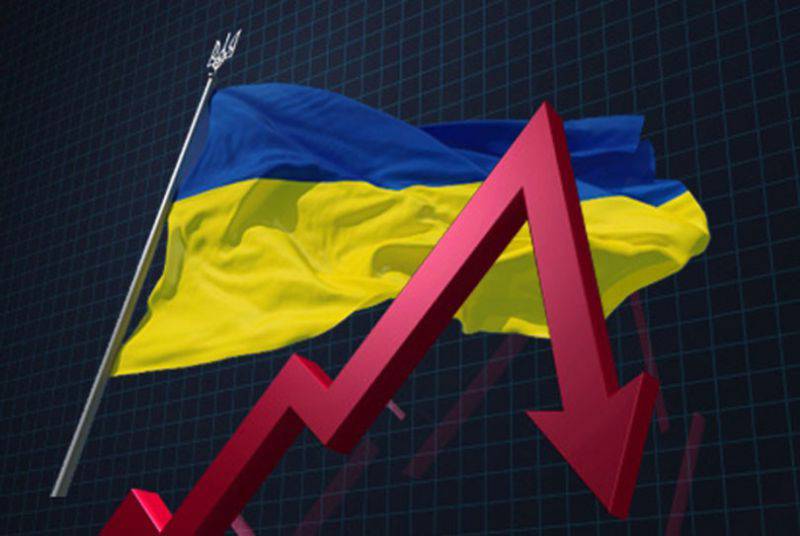 The disgraceful true Ukrainian Katsapsky factories and plants were successfully destroyed. Closed mines. True, this was accompanied by great dissatisfaction with the quilted jackets, which, you see, worked there. But the president with a firm hand pointed out the inadmissibility of the work of these enterprises. Inadmissibility bordering on national treachery. All these plants worked on the aggressor country. And they were created just for this.

The same fundamental changes have occurred in the field of social policy. Russian occupants for a long time specifically fed the old men with cash handouts in the form of pensions. So that the old people with their long life worsened the demographic situation in the country and did not let them carry out great reforms. At the cost of incredible efforts, the government managed to break this vicious practice. Now there is no humiliating simple Ukrainian old pension. True, the name remains. But Arseniy Yatsenyuk had to go to this to preserve the mental health of the older generation.

Donbass and Crimea remain a huge problem of our young state. But if the problem with the Donbas can be solved in a radical way, to destroy those pseudo-Ukrainians who live there with missiles, shells, bullets, the Crimea has become an unhealing wound in the heart of every Ukrainian.

Meanly captured by the locals, who have always been the hidden enemies of our independence, this peninsula brazenly fled to Russia. Ran literally. Together with newspapers, factories and steamboats.

What just did not do the Kiev authorities. The channel was dug up so that fresh water would not go there. So local invaders well drilled. Now they have the same water ... Black Sea. And the weather repeatedly betrayed the Ukrainians. Rain, snow.

Thought to turn off the gas and electricity. But the cunning Kremlin leaders have foreseen this. They deliver this very gas and light to our beloved Ukraine. So turn off the Crimea - disconnect us.

The most patriotic Ukrainians from among the Crimean Tatars once went on the heroic blockade of the Crimea. Shut off the supply of products. Any Ukrainian knows that 80% of products in the Crimean stores are brought from the mainland. But the Crimean mafia organized the delivery of products by secret paths and the sea. And the Ukrainians delivered all this.

Another achievement of our leadership was the reduction of trade. Both external and internal. And not on any interest. Factor of! During the occupation of Ukraine, the Russians formed in the eyes of the world community a stable image of the Ukrainians as a fat, good-natured bastard who is committed only to devouring dumplings in sour cream with hundreds. The reduction in trade led to the fact that the dumplings began to eat less. Not to mention sour cream.

And the second achievement of this reduction. Liquidated class bloodsuckers-businessmen. Small as mosquitoes. And medium, like bats. The logic of our government is quite understandable. The more of these very small and medium-sized businessmen, the more people need to distribute the profits. Therefore, the statistics of our achievements will be worse.

And now, as it should be in the pre-Christmas article, about our future victories. The first, the most awaited, of course, an FTA with the EU. Since January 1, Ukraine will be flooded with cheap western goods across the rooftops of rural households. Theoretically, Europe can also get our goods. But for this we need to certify them according to European standards. So, no matter how Europeans would like Ukrainian sausage, they will not get it yet. Like everything else. But these are problems of Europeans. Our president takes care of the Ukrainians.

For a long time, the thought that we are the breadbasket of huge Russia was laid in the brain of Ukrainians. Not in the rules of our publication to hide the truth. Many even now, after so many victories, believe in it. Some, especially patriotic ones, hope to get away with growing up in a garden or in a country house instead of fine European products.

The government specifically for such pseudo-patriots adopts a decree according to which taxes for land lease will increase from January 1. And, like all the reforms of our government, the increase will be not in percentages, but in times. And not in two or three. And once in 30 times and more. Especially if the land is used as agricultural. Especially lucky for those involved in animal husbandry. So, for example, a plot for grazing in 25 ga will now cost the farmer 500 000 hryvnia per year.

By the way, the land lease will be increased for all users without exception. From public restroom to private house or garage. Every Ukrainian now feels like a millionaire. Especially in the tax office.

Happy New Year to you! Let European products and European values ​​replace the occupational fat and pseudo-Ukrainian borscht! And on our lands freed from the burden of growing buckwheat and other grasses, let poppies bloom as symbols of our independence!

PS How this article got on the table is unknown. Time Machine? And who knows ... I definitely do not have it. But what is written there, I read more recently in the Ukrainian edition (http://www.agroprodservice.com.ua/news/419).

Indeed, many Ukrainians today in their posts write that Ukraine will be saved by agriculture. But here in Kiev and his hands reached out to him. And not only to the farmers. Even to homestead plots and cooperative parking lots and garages.

The government of Yatsenyuk intends to soon create a land market in Ukraine. Well, with such taxes, this market will not be difficult to create. Only now agriculture will not be Ukrainians. And owning the land is also not Ukrainians. But the people want it that way. So it will be so.