The leaders paid special attention to building up bilateral and multilateral cooperation to counter international terrorism. It was agreed, in particular, to ensure closer contacts and coordination between the military departments and special services of the two countries during operations against terrorist structures carried out by Russia and France in Syria. 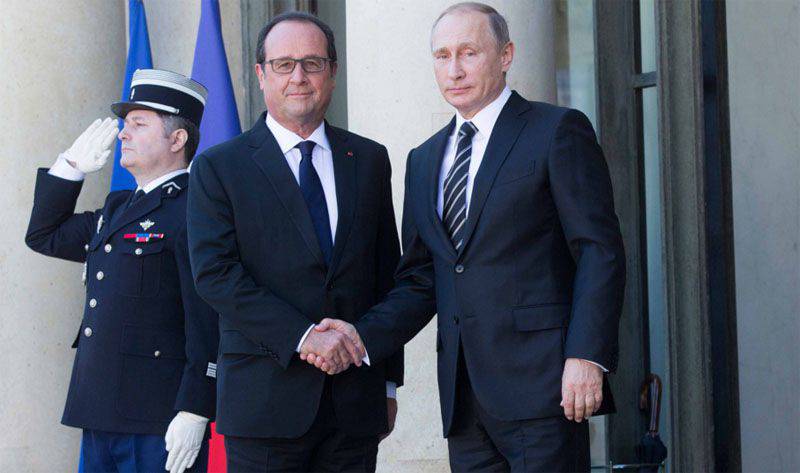 Earlier it was reported that the Supreme Commander of the Russian Armed Forces (President) Vladimir Putin instructed the crew of the Guards missile cruiser "Moscow" to establish contacts with the French soldiers involved in the counter-terrorist operation in Syria. Recall that in the eastern part of the Mediterranean Sea there are several ships of the French Navy, including the aircraft carrier Charles de Gaulle.

Ctrl Enter
Noticed oshЫbku Highlight text and press. Ctrl + Enter
We are
The action “Military service under the contract is your choice!” In Rostov-on-Don: future contract servicemen, exhibitions and “Russian Knights”
Military Reviewin Yandex News
Military Reviewin Google News
121 comment
Information
Dear reader, to leave comments on the publication, you must sign in.