November 17 2015
25
Information Agency France-Presse spread information about the next strike of the French Air Force planes in the Syrian city of Ar-Rakka, declared by the IG terrorists as its capital. Reported the destruction of the command post of the militants of the so-called "Islamic state". On the eve of the French Air Force planes 20 attacked militants in the same Syrian city. One of the bombs destroyed the training camp of ISIS. 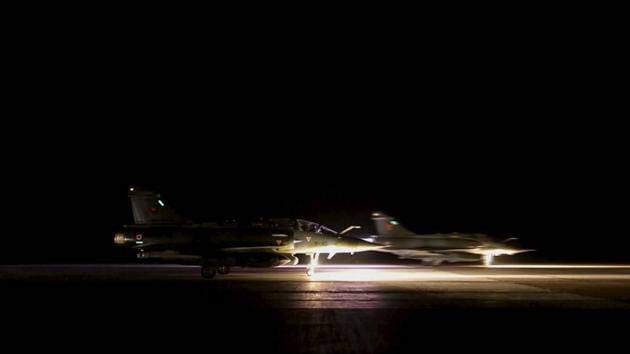 Meanwhile, the military operation of the armed forces of the Syrian Arab Republic continues. Thus, in the province of Hama, as a result of the successful actions of the Syrian soldiers, several units of the Jabhat al-Nusra and Ahrar al-Sham groups were destroyed. The press service of the Ministry of Defense of Syria announces 50 liquidated militants. The overwhelming majority, according to Syrian military, were citizens (subjects) of foreign states, including Saudi Arabia and Kyrgyzstan. According to some reports, of all the countries of the post-Soviet space, Kyrgyzstan is one of the peculiar leaders in the number of citizens going to Syria for terrorist activities on the side of the militants.

Ctrl Enter
Noticed a mistake Highlight text and press. Ctrl + Enter
We are
Full Syria summary for 24.03.2017 of the yearThe action “Military service under the contract is your choice!” In Rostov-on-Don: future contract servicemen, exhibitions and “Russian Knights”
25 comments
Information
Dear reader, to leave comments on the publication, you must to register.